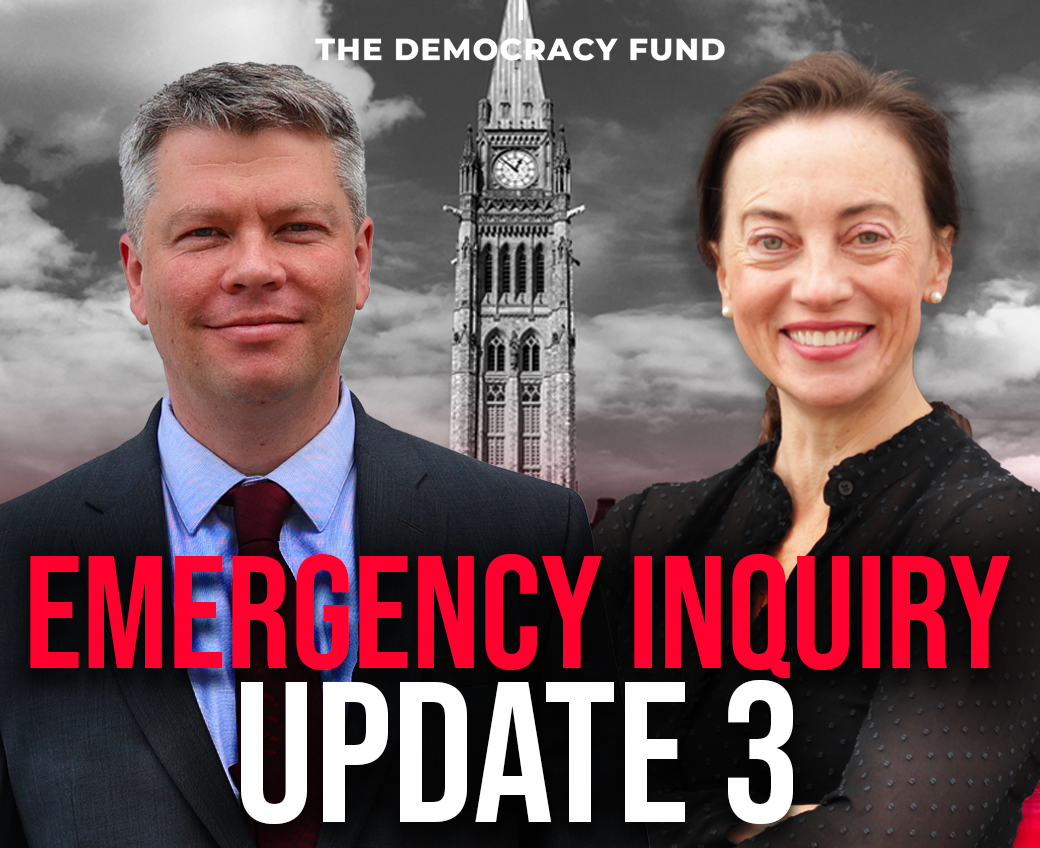 Yesterday, I sat down with The Democracy Fund's (TDF) Litigation Director Alan Honner to get his impressions of the first several days of the Public Order Emergency Commission. TDF has joint standing with the Justice Centre for Constitutional Freedoms and Citizens for Freedom, which means that our lawyers have an active role in holding the federal government to account for its decision to invoke the Emergencies Act in Ottawa in February.

Alan tells us what it was like to cross-examine Ontario Provincial Police (OPP) Intelligence Officer Patrick Morris, OPP Supt. Carson Pardy, and Ottawa Mayor Jim Watson, why testimonies reveal a public relations battle waged by the Ottawa Police Services, and why he is particularly looking forward to the testimony of Former Chief of Police Peter Sloly later this week.