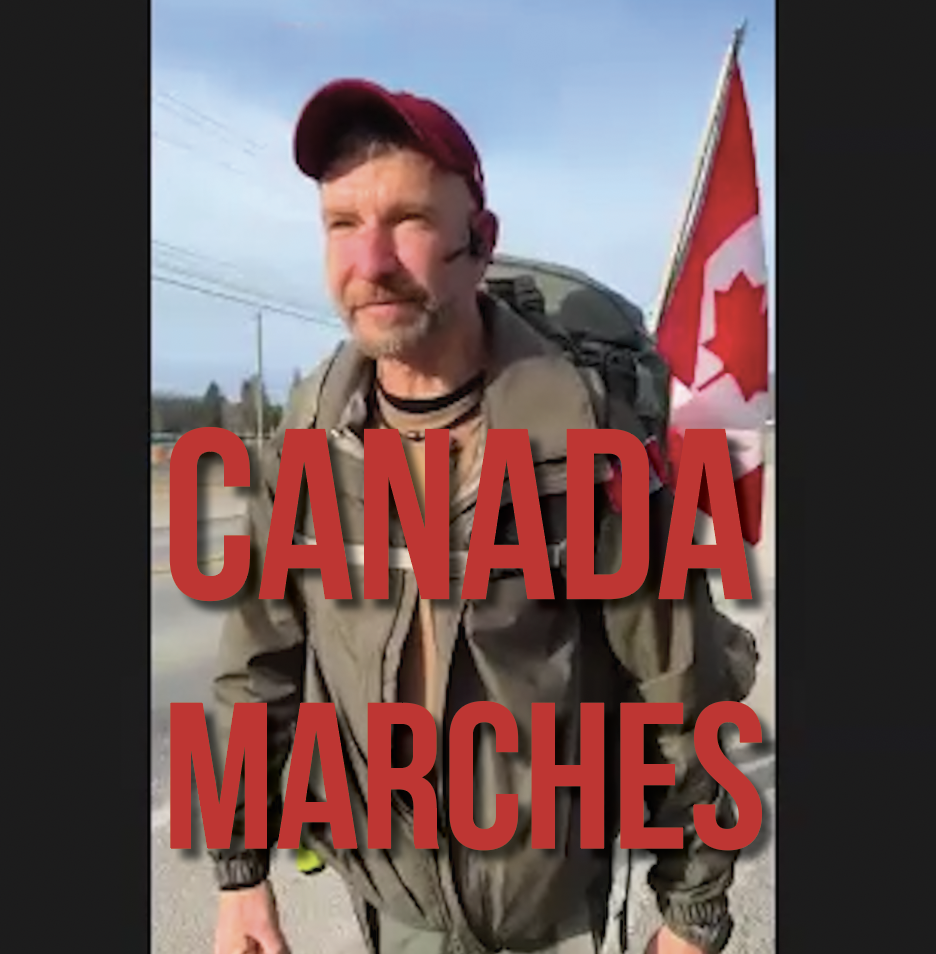 Dr. Julie Ponesse caught up with Canadian Armed Forces veteran James Topp who is walking across Canada to protest against Covid-19 mandates.

I spoke with James Topp as he was walking near Jasper, British Columbia on day 34 of his 4,293- kilometre journey on foot from Vancouver to Ottawa to peacefully protest against the government vaccine mandates.

James Topp served in the Canadian Armed Forces for 28 years and also worked with the RCMP before he was let go in November as a result of the mandates. He was struggling with what to do next and feeling a sense of hopelessness, but that soon turned around when he witnessed the trucker Freedom Convoy in Ottawa. He became inspired by them, and decided to walk across Canada to raise awareness about the mandates and the impact they are having on the lives of so many Canadians.

Once he arrives in Ottawa, which is anticipated to be in June of this year, he hopes to sit down with government officials and speak on behalf of all Canadians who have lost their employment, experienced health effects or were coerced into taking a COVID vaccine to keep their job.

James is protesting against government overreach and feels strongly that the government does not have the authority to tell people how to be healthy, and especially to mandate what a person injects into his or her body.

James initially started out his journey alone, but now has a team of nine people on the ground. They typically begin around 8:00am each morning and average 40 kilometres a day. They have been received with open arms by many Canadians along the way and are regularly offered hospitality, shelter, gifts, food and acts of appreciation and kindness.

When James finally does arrive in Ottawa, he would like the government to reassess the situation, examine more astutely the evidence, and allow for objective expert opinion, as well as acknowledge the damage that has been done. James will also share the many stories he has been compiling of personal accounts from people across the country who have been negatively impacted through job loss and health effects.

As James continues his walk across Canada, which to some may seem like a simple act and one that is no doubt physically demanding, he is building on the momentum generated around the issue of mandates by the truckers. I look forward to following his journey and connecting with him again, especially when he arrives in Ottawa. It has been these simpler acts thus far that have made the biggest impact.

To follow his journey and see where he is on any given day, please visit Canadamarches.ca.

Learn more about his mission here.