The Emergencies Act & how to fight it 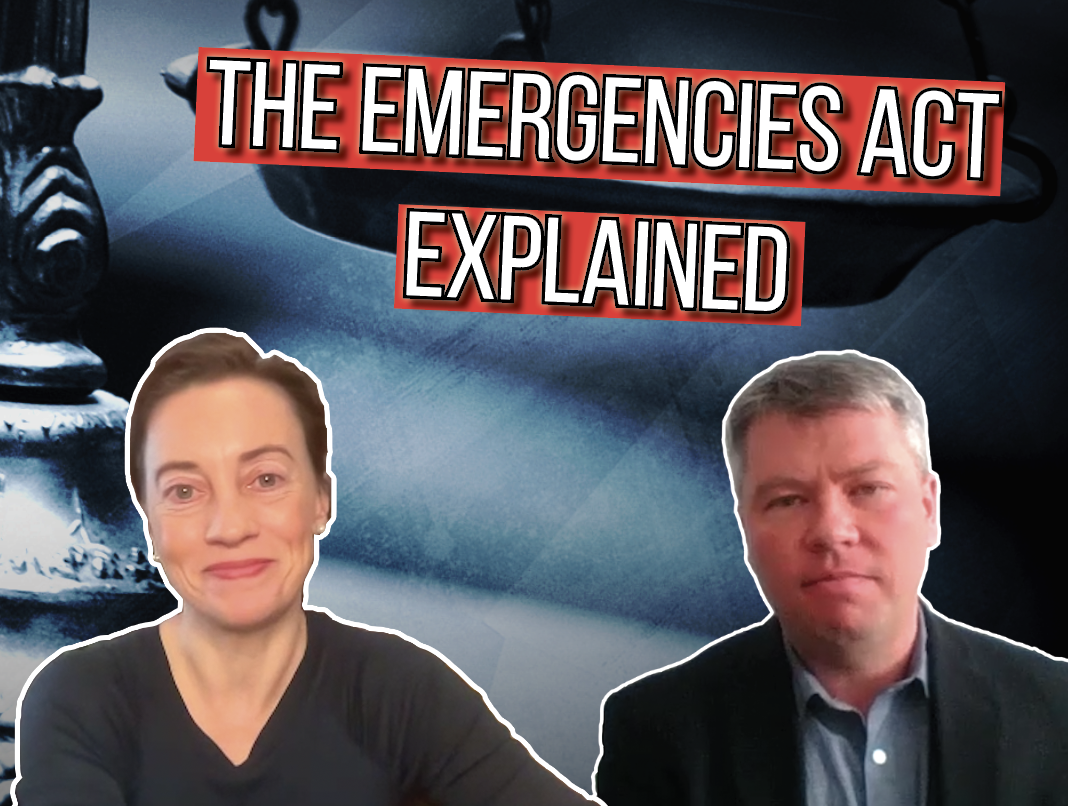 I spoke with TDF’s Senior Litigator, Alan Honner, about the invocation of the Emergencies Act during the Freedom Convoy in Ottawa to learn more about what this means for Canadians and how it relates to our charter rights.

This is the first time in history that the Emergencies Act, originally established in 1988, has been implemented in Canada. According to Alan, how it affects Canadians depends on how the government decides to use the powers within the Act.

During our conversation, we discuss the language used to define what constitutes a national emergency within the Act, which includes key words like an urgent, temporary or critical situation. We look at the many parts and types of emergencies listed within the Act, more specifically the public order emergency, which is what the prime minister selected as the reason for invoking the Act.

Alan points out criteria that have to be met for the government to consider a national emergency including a situation that seriously endangers the lives, health and safety of Canadians, which can’t be handled at the provincial level, or serious violent acts or sabotage that threaten the sovereignty, security and territorial integrity of the nation, where there is no existing law that can deal with the situation.

We discuss how the rights outlined in the Charter of Rights and Freedoms still apply in an emergency, but there exists the caveat that these rights are can be limited. Alan describes some specific examples of how these limitations could be imposed.

We look at how the truckers are breaching municipal bylaws by parking their trucks and blocking streets, which equates to breaking criminal law and civil disobedience. This disobedience could easily be handled by the police through arrests and powers that exist under the criminal code, so invoking the Emergencies Act seems grossly exaggerated and misused. We touch on what an injunction is and how it was used in the City of Windsor to stop the blockades on the Ambassador Bridge.

We examine the current government’s entrenched position around the mandates and how they have divided Canadians. Finally, Alan further details the ways in which the Act can be revoked and the actions Canadians can take to appeal this situation including reaching out to MPs and senators.