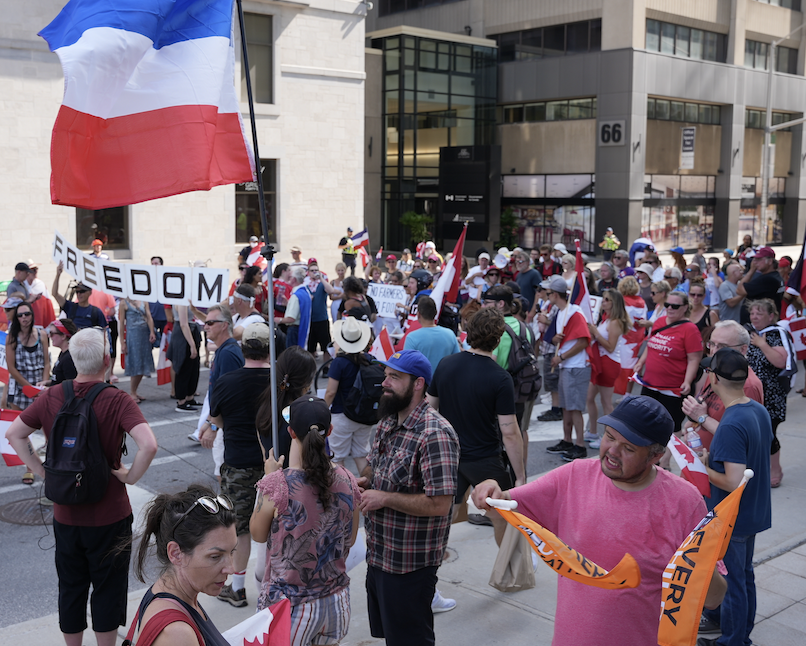 TDF lawyers will defend protesters who were issued tickets over the July 23rd weekend at an event supporting Dutch farmers.

Ottawa: TDF’s legal team is offering its services to fight tickets issued by Ottawa police during a protest that took place in the city’s downtown area on July 23, 2022, to support Dutch farmers. According to the Ottawa Police Service, up to 103 tickets were issued and 12 vehicles were towed on the weekend.

An increased police presence occurred in the Ottawa area over the weekend when police learned that a convoy was being organized to enter the downtown core.

Multiple protests and convoys were held across Canada in eight provinces to show solidarity with the Dutch farmers who are opposing drastic restrictions implemented by their government to curb nitrogen greenhouse gas emissions.

The Trudeau government also plans to introduce legislation that will impact Canadian farmers with the goal of reducing fertilizer emissions by 30 percent.

If you were issued a ticket during this protest, please fill out the following submission form to apply to have your ticket defended by a member of our TDF legal team.