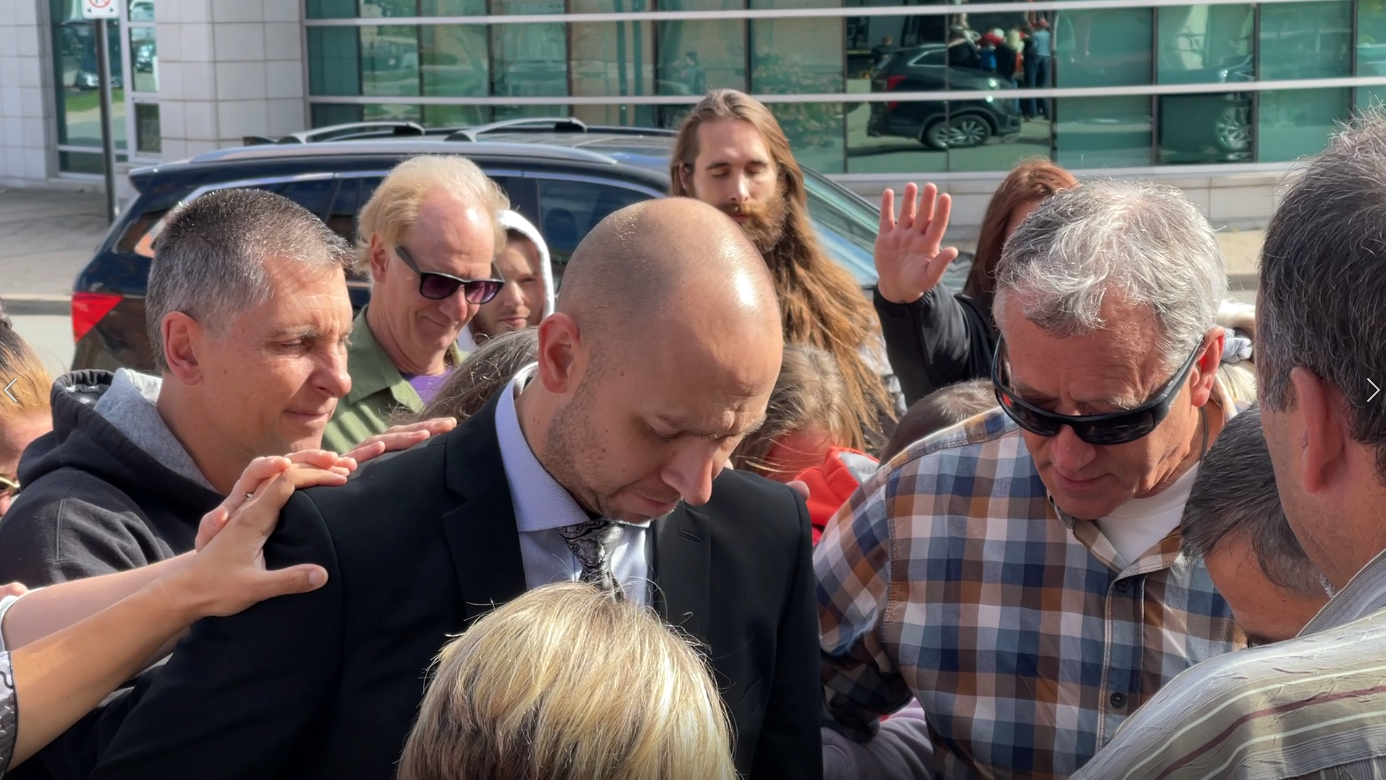 TDF represents Pastor Philip James Hutchings and His Tabernacle Family Church in NB Court of Appeal after the pastor was required to sign an undertaking as a condition of his release from jail.

Saint John: Philip James Hutchings and His Tabernacle Family Church are currently in the New Brunswick (NB) Court of Appeal today represented by The Democracy Fund (TDF) hired lawyer, Jonathan Martin. They are fighting an undertaking issued by Justice Hugh H. McLellan that placed Pastor Hutchings under duress as he was allegedly forced to sign the document in order to be released from jail.

Pastor Hutchings was imprisoned in October 2021 following accusations made against him for breaking COVID-19 public health rules. He was subsequently not provided with any information on how long he would be retained or when he would be let out of custody, and he was not given any legal counsel or ability to defend himself.

Following a week in prison, Pastor Hutchings appeared in court and was presented with a draft consent order, but Justice McLellan dismissed the order and drafted an undertaking that Pastor Hutchings was told to sign, or if he refused, would be sent back to jail. Even after the pastor signed the undertaking, the threat of further jail time remained if the other church officers from His Tabernacle Family Church declined their signatures.

There are multiple issues with the undertaking that Martin will argue in the NB Court of Appeal including that it was biased and violated sections 7, 2(b) and 11 (c) of the Charter rights, as well as denied the right to a fair hearing. The undertaking also contains language that is unclear and vague, and attributes points of view and beliefs that neither Pastor Hutchings or His Tabernacle Family Church hold. Other issues with the undertaking include potential for breach of privacy rights, as well as additional liabilities and consequences.