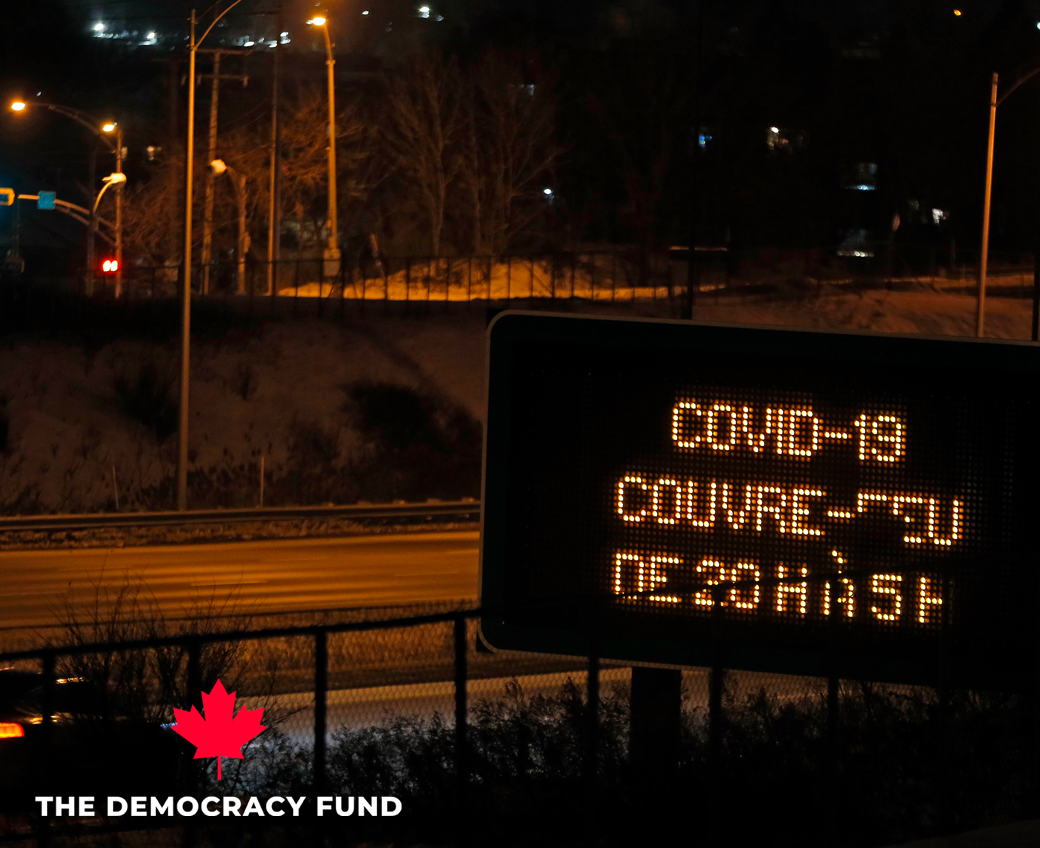 An Ottawa resident has been acquitted of breaching the city of Gatineau’s 8:00 p.m. curfew.

GATINEAU: The Democracy Fund (TDF) client has been acquitted of charges for violating an 8 p.m. curfew imposed on the City of Gatineau by Quebec’s provincial government. The client was charged after he left his residence to purchase an asthma inhaler from a pharmacy. He was outside his residence for 30 minutes past curfew when the police detained and ticketed him in the City of Gatineau, Quebec.

With the help of your generous donations, TDF hired Christina Muccari of Legal Logic to defend against this charge. Ms. Muccari presented evidence and a legal argument that proved the client was exempt from the curfew because he was purchasing a pharmaceutical product. The client was subsequently acquitted.