Student Handcuffed, Dragged Out & Expelled from Western U 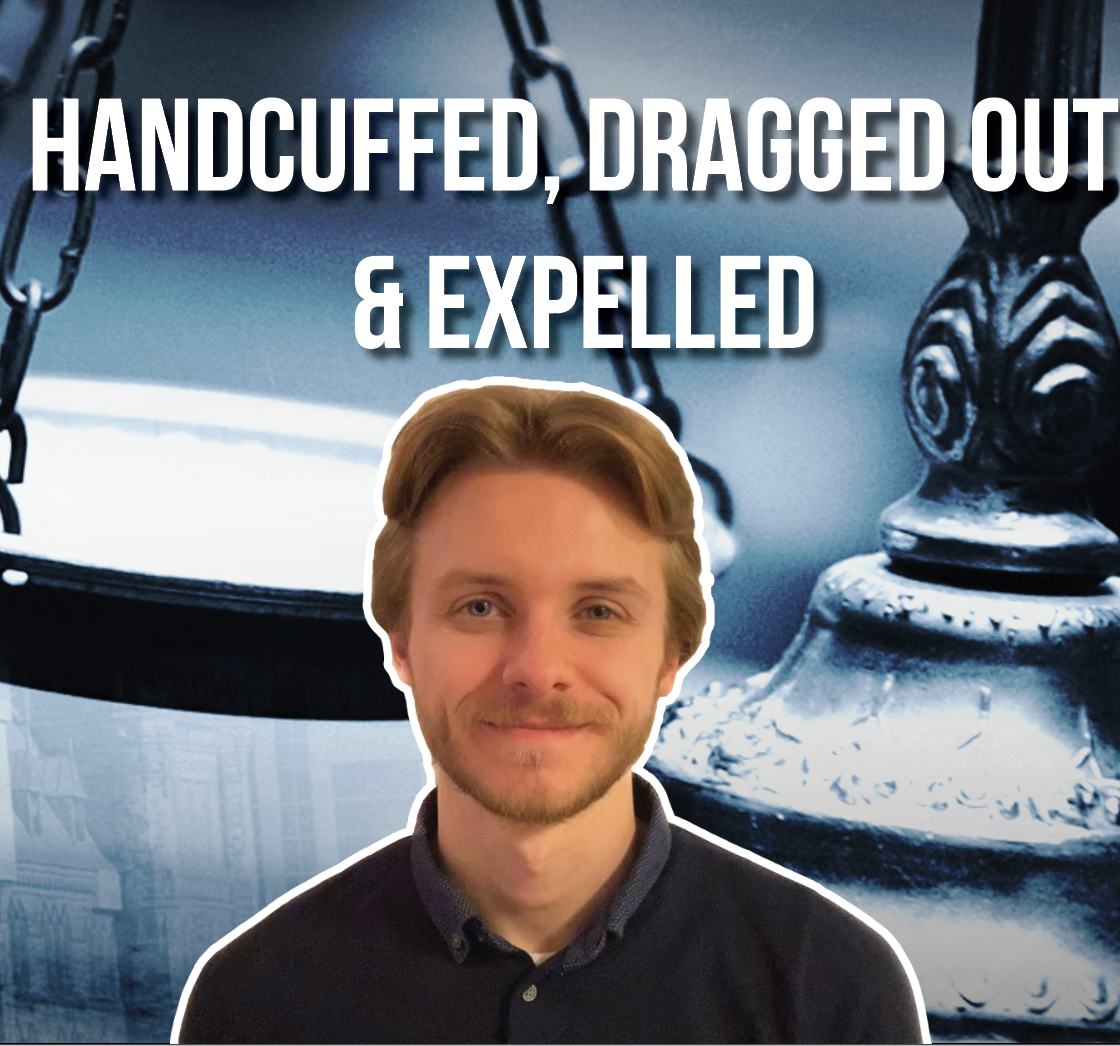 Dr. Julie Ponesse sits down with Harry Wade, the former engineering student at Western University that was dragged out of his classroom on numerous occasions for refusing to disclose his Covid-19 vaccination status.

I spoke with former Western University engineering student Harry Wade about what happened to him, why he behaved the way did and what he is up to now.

Harry was in his third year of university studying chemical and biomedical engineering when he was getting increasingly frustrated by the lockdowns that began in 2020 and what he describes as a subpar level of education with online learning and take-home exams. He also noticed a number of his professors were taking sabbaticals or going on leave.

When the mask and vaccine mandates were issued with the return to in-person learning on campus, Harry did not wear a mask or disclose his vaccine status. He continued to attend classes, which led to his multiple arrests by campus police and ultimately being expelled.

We discuss the timing of being banned from campus and the decision Harry made to continue going to class and the reactions, or lack thereof, from his peers and professors, some of whom were sympathetic to his stance and others not at all. We also discuss his decision to remove his mask and make a very visible statement that he was not following the narrative. Harry also noticed a growing hypocrisy from the university in regard to its values of inclusivity, respect and tolerance that it supposedly promoted around current issues but not his.

Many students who filmed the scenes of Harry’s arrests acknowledged the violation against charter rights and freedoms but became silent following these arrests and were possibly issued warnings for any helpful behaviour towards Harry.

We look at the shifting culture of universities that are no longer supporting the freedom of thought, the exchange of ideas and the burden of proof. We discuss the act of whistleblowing, its consequences and the fear around expressing honest opinions and going up against large institutions like the universities.

Harry draws on the analogy of a lone bird who sounds the alarm of a predator approaching to help warn its flock and once that lone bird is no longer present, how the remaining birds have to fend for themselves, or in the case of the mandates, must passively comply. There are few who have the courage to sound the alarm, to stand out and risk being stigmatized or socially ostracized.

We touch on the current trend of moving towards a self-destructive cycle and the possibility that people like living in a state of fear. We discuss the psychology of human beings, how we thrive and how COVID-19 has strangely given people a sense of purpose. Harry delves into the traditional ideals that have defined success and how unlimited options can be paralyzing and blending in can limit our evolution and betterment.

"Moralistic virtues don’t exist in an echo chamber where there is no pressure to do anything." – Harry Wade