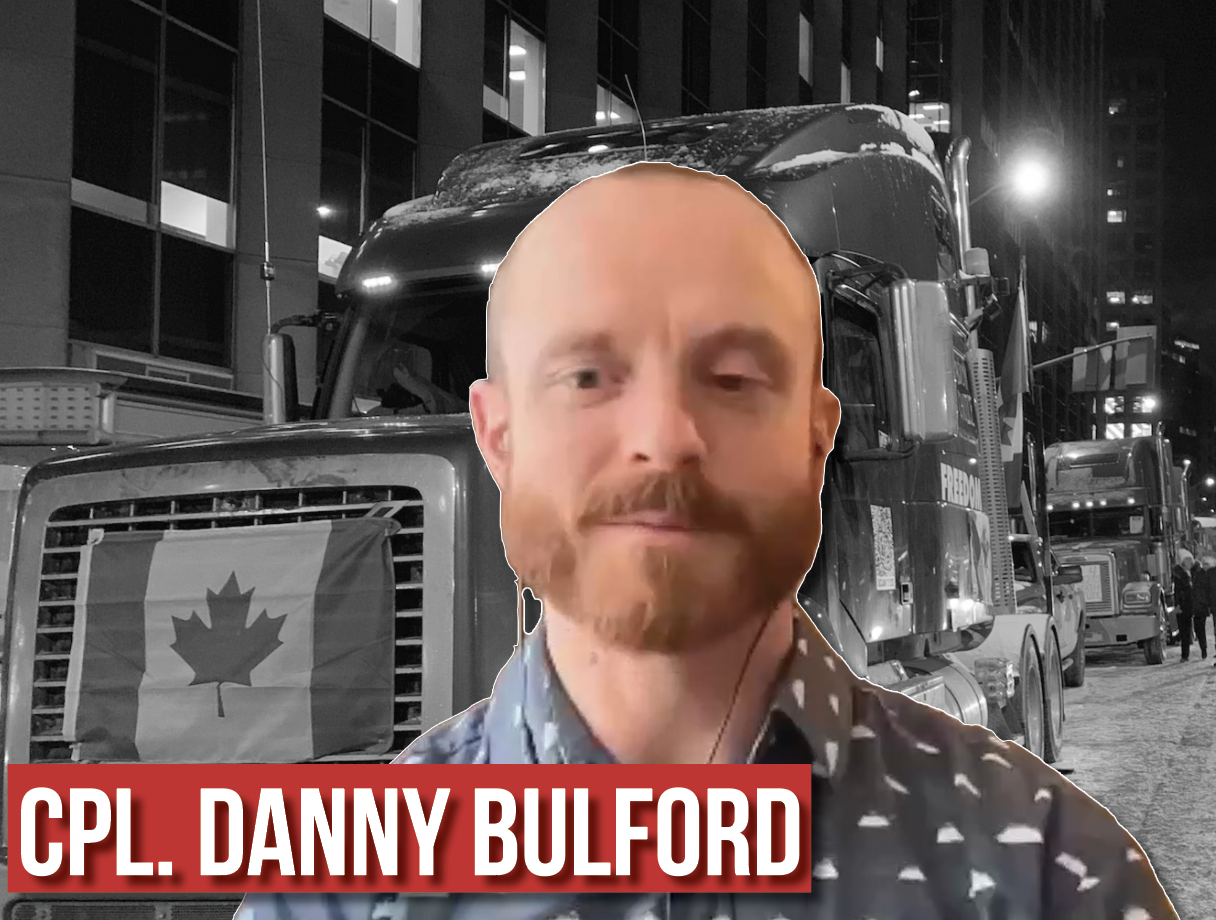 Dr. Julie Ponesse speaks with Trudeau's ex-sniper about his key role in the Freedom Convoy in Ottawa.

I spoke with Corporal Danny Bulford again, who left the RCMP in 2021 due to the vaccine mandates, to discuss his important role in organizing the security for the Freedom Convoy in Ottawa.

In this interview, Danny talks about how he became inspired by the truckers and the stand they took, not only for themselves, but for all Canadians. Like many of us, Danny watched and was moved by the countless social media videos of people lined up along the highways and crowded overpasses, as well as the huge reception parties that took place to celebrate the truckers on their journey to Ottawa. Soon after, Danny found himself at the centre of the convoy as an organizer for their security.

Danny realized just how massive the Freedom Convoy was going to be only two days prior to the truckers arriving in Ottawa. He described the initial days as somewhat chaotic, with very little structure and very little sleep. People from all professional backgrounds were stepping forward to help in whatever way they could. There was also a great deal of self-motivated organization among the truckers. As a group, they initiated many activities including cleaning the sidewalks, feeding the homeless, setting up entertainment, managing garbage pick-up, creating a community night watch, and guarding over the National War Memorial and Terry Fox statue.

Danny describes the truckers as some of the most kind, generous, selfless, optimistic people he has ever met, who he feels have done more for Canadians than any other group in the country.

In the face of all the good that was going on, Danny discusses the extreme contrast between the mainstream media narrative and the reality. Those who visited Ottawa could clearly see this disconnect. The claims around being a highly organized and well-funded insurrection were all false. Even the deputy director of intelligence from FINTRAC later confirmed there was no suspicious foreign or terrorist funding and that the donations for the convoy mostly came from Canadians.

Danny also talks about his collegial relationships with the Ottawa police, RCMP, OPP and Parliamentary Protective Service during the protest. Initially the Ottawa police even provided Danny with a helpful plan of routes for how the truckers could enter the city and where they could park.

Danny speaks about the major shift that occurred during the final few days leading up to the invocation of the Emergencies Act with a mass mobilization of police and officers from Sûreté du Québec being brought into the city. With this rotation of police came a heightened sense of anxiety among everyone. Many truckers had built a rapport with officers, but with this new rotation, those relationships abruptly ended.

According to Danny, he was hearing many reports of police officers refusing to come to work or taking time off because they likely supported the truckers right to peacefully protest.

As the police action escalated and arrests were underway, Danny advised everyone to remain peaceful. Whether or not the mandates were dropped, he felt strongly they would win because Ottawa had the attention of the entire world. The violent and aggressive police action and arrests that finally resulted, including his own arrest, further revealed the true extent to which corruption and tyranny prevailed in Canada. And even though the federal mandates were not dropped, many provincial mandates were, and the official opposition party leader was replaced. Many Canadians finally woke up to what has been happening in our country over the past two years and a freedom movement was generated around the world.