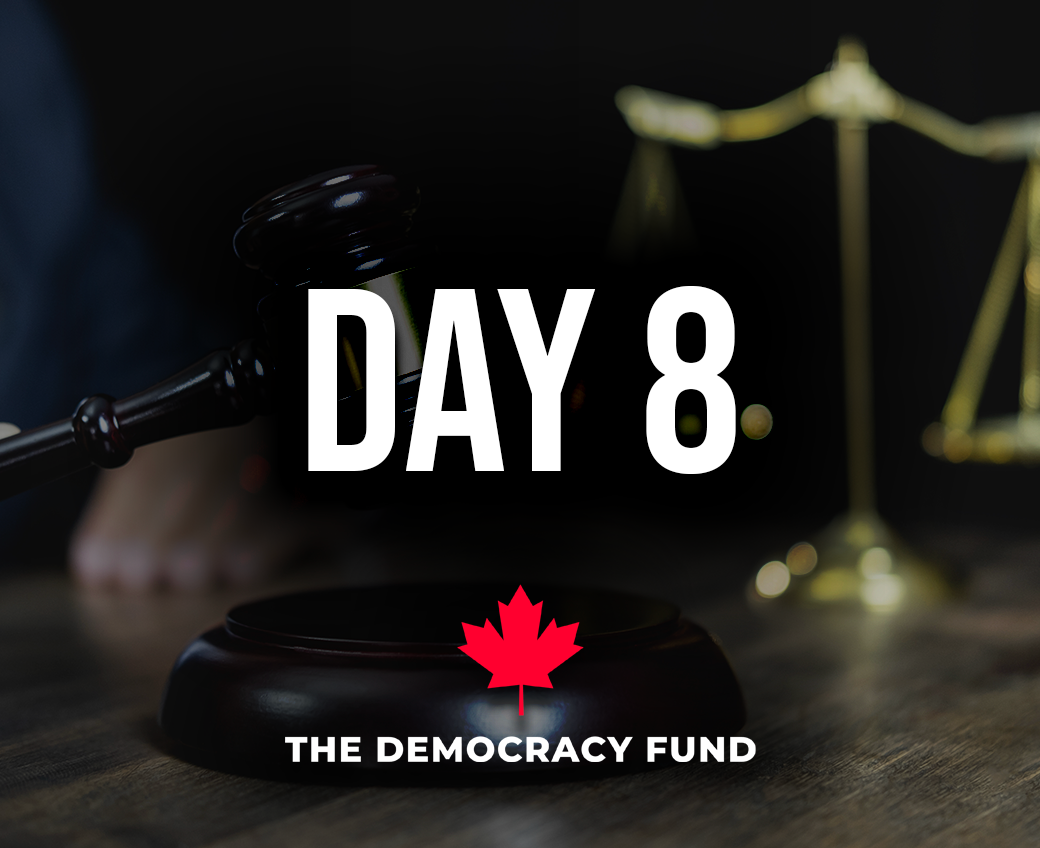 Interim Ottawa police chief Steve Bell says when truckers arrived in Ottawa on January 28, there was a “low threat of violence” according to police intelligence.#POEC pic.twitter.com/1tru39icUw

He testified that he heard on February 12, 2022, that the City was negotiating with protesters toward a deal. He noted that the federal government was coming to a point where "they were looking to engage with what was happening in Ottawa". He understood that although the strategic decision was made to support negotiations, there were operational problems with this and that caused negotiations to cease.

When asked about the impact the declaration of the emergency declaration had, Interim Chief Bell answered that it had no direct operational impact, but it was of significant help in that it allowed OPS to streamline the swearing-in of officers from other provinces, it removed barriers for tow trucks, it was beneficial regarding financial investigations since it provided a legal framework for their investigations, and it provided a clear legal platform.

Interim Chief Bell, however, testified that he was not in a position to say that the protesters were a national security threat. He testified to the horns, idling of vehicles, and conflictual engagement of protesters and the community. The assaultive behaviour, hate & bias crimes, fettering of movement, and constant conflict was unanticipated, he said.

On cross-examination by the Government of Canada, he claimed that hate-based crimes and other crimes that he alleged were not captured in early intelligence reports or any other reports.

When asked if the declaration of an emergency was useful, he stated that Emergencies Act powers were of benefit to allow police to end the protest as it created a legal structure for OPS to use.

Interim Chief Bell was asked in cross-examination if some protesters were driven out of town by OPS officers and abandoned in a remote location. He noted that he was not aware of the specifics, but said that he was aware that as part of the planning "remote processing sites" in residential/commercial areas had been established and that protesters were released and left to find their way out of Ottawa. He stated that he was aware that a municipal parking lot, for example, was used as a processing site.

Ottawa Police Interim Chief Steve Bell claims he did not know that Freedom Convoy protesters were detained, driven out of Ottawa and left outside of the city in a rural parking lot without access to a phone. #POEC pic.twitter.com/juzGErF291

On cross-examination, when confronted with his use of the term "violence", Interim Chief Bell testified that when using the word "violence" he was not actually describing physical assaults: rather, he was describing what the affected community felt with respect to honking, idling and intimidation. He confirmed that this did not include actual violence under s.2 of the CSIS Act. He later expanded his definition of "violence' to include trauma that the community felt.

Miller: But, you’re not talking about violence under Section 2 of the CSIS Act?

He agreed that 31 people were arrested between January 28, 2022, and February 16, 2022, but only 16 had been charged. There were a total of four charges laid for assault and one assault with a weapon in that timeframe. No Criminal Code charges were laid for causing a disturbance, disturbing an occupant, or inciting hatred in a public place, and only one charge was laid for intimidation. Further, no charges for taking weapons from a police officer or uttering threats to damage property were laid.

In an email exhibit presented to Interim Chief Bell for comment, Commissioner Lucki wrote: “I am not of the view that we have exhausted all available tools that are already available through the existing legislation.” When asked if he agreed with Chief Lucki’s perspective, he testified that there could have been other opportunities and that these abilities existed under available legislation.

Miller: So you’re saying that there was existing laws that you could have done the same thing under, is that right?

Bell: We had a plan. We were going to execute a plan.#POEC pic.twitter.com/YYG5L1albm

On cross-examination by counsel for the Justice Centre for Constitutional Freedoms (JCCF), he testified that the Emergencies Act proved useful in rapidly swearing in out-of-province police, but conceded that this swearing-in could have been done in a span of 24 hours without the declaration of a public order emergency under a streamlined process. He agreed the Emergencies Act was helpful but not necessary.