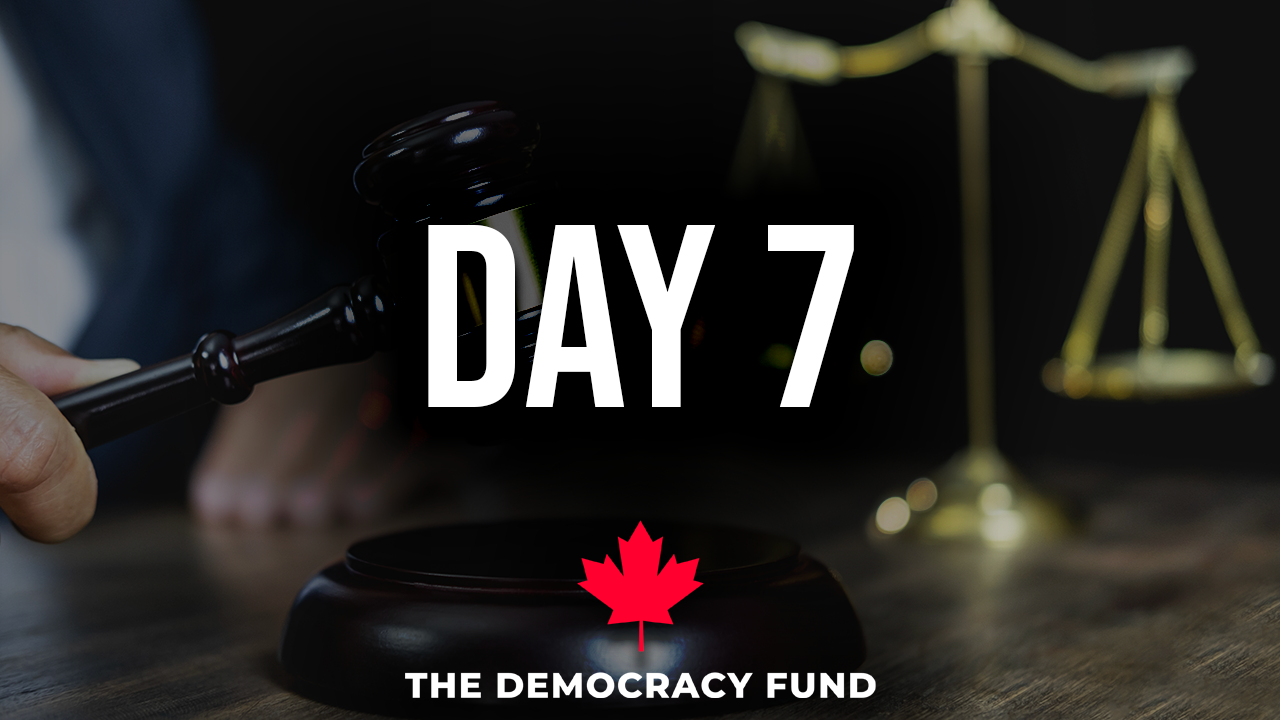 The Public Order Emergency Commission continued on Friday with testimony from Superintendent Craig Abrams. Superintendent Abrams on cross-examination acknowledged that some police wanted to use "snatch and grab” tactics. He testified that snatch-and-grab tactics may have been used but he could not confirm this. He stated that, if "snatch & grab" did occur by OPS, OPP members would not have participated.

Supt. Abrams agreed that he could not confirm that all OPP officers present in Ottawa received proper use-of-force training and further that he was unaware of any use-of-force reports being completed following the use of the Emergencies Act.

He testified that the lack of integration and communication problems had a negative impact on police operations and that these issues continued to impact operations, both before and after the declaration of an emergency under the Emergencies Act.

He expressed the view that there were ways to end the protest without the use of emergency powers and that this came from on-the-ground awareness, along with his experience in dealing with protests. Supt. Abrams further testified that there were some serious bodily injuries inflicted on protesters as evidenced by the involvement of the SIU.

Regarding Chief Sloly's request for 1800 officers, Supt. Abrams believed that the number was “suspicious".

Supt. Abrams described his ability to drive through Ottawa with the exception of the downtown core. He noted that, due to bridge closures, some patients had difficulty accessing appointments at the downtown hospital.

He agreed that the subsequent protest referred to as ’Rolling Thunder’ was successfully managed and resolved without the necessity of emergency powers.Under cross-examination by Alan Honner of TDF, Superintendent Abrams was asked about the redeployment of OPP officers stationed in Windsor. When confronted with a document stating that, as a result of clearing Ambassador Bridge in Windsor, 400 officers were available to help throughout Ontario, he noted that this redeployment was not directly related to the declaration of an emergency but was an aspect of it. He noted that the redeployment was related to a plan created prior to the invocation of the public order emergency, which plan was already underway.

OPP Supt. Dan Abrams tells TDF lawyer Alan Honner that the added deployment of OPP officers to Ottawa was already underway prior to the invocation of the Emergencies Act.pic.twitter.com/EQ64MaxD4g

Chief Superintendent Pardy, a former critical incident commander with many years of experience, was the day's final witness. He stated that the pandemic, officer retirements and lack of major events to hone skills contributed to the inability of OPS to effectively respond to the protest.

When he arrived in Ottawa he noticed a lack of planning. He was there in a supporting role. Chief Pardy described managing the protest as ‘beyond the capability of one single service.’Importantly, Chief Pardy testified that there was, in fact, a policing solution to the protest, and that, in his opinion, the police would have reached a solution with the plan they had, within the same timeline, without the need for the use of the Emergencies Act.

OPP Chief Supt. Carson Pardy says that there was a police solution to ending the Freedom Convoy and it could’ve been done in the same time period without the Emergencies Act invocation.#POECpic.twitter.com/9jPchlI0eM

He stated that it is not entirely correct that police needed the powers conferred by the Emergencies Act to secure tow trucks, but he agreed that the Emergencies Act was useful in this respect. Chief Pardy felt that the portrayal of protesters as extremists was problematic, and risked escalation. He testified that the profile of protesters during the convoy was unlike anything he had seen before. He described the participation of grandparents, retired and former police officers, families and children, and nurses.

Chief Superintendent Pardy agreed with the claim that the OPP and OPS did not need the Emergencies Act in order to deploy an integrated command structure. He further agreed that the Emergencies Act was not required to craft an occupational plan and that police services had what they needed to develop the plan. He was aware that some tow truck drivers would have been willing to remove trucks without assurances provided by the Emergencies Act, so long as these assurances could be met in some other way. He further agreed that there were provisions under other existing Ontario legislation for indemnity that addressed the concerns of tow truck operators.