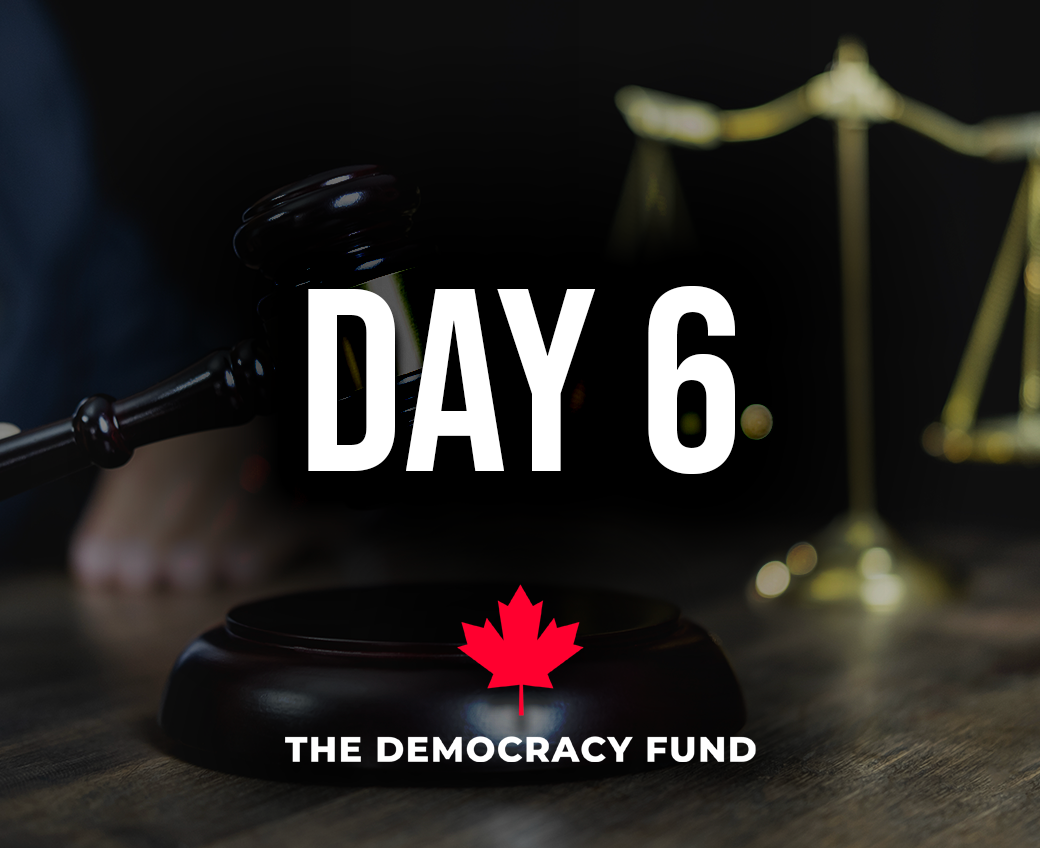 On Thursday, October 20, Acting Ottawa Deputy Police Chief Patricia Ferguson testified that the Ottawa Police Service (OPS) did not expect the protesters to stay. When it became apparent after the first weekend that they would stay, the OPS was required to craft a new plan.

Ferguson further stated that because protesters weren't leaving, it became an occupation rather than a protest and that the protesters set up tents and began to entrench themselves.

There was some delay in developing a plan, given the command structure changes. Former Ottawa Police Chief Sloly wanted to interdict fuel and supplies (kitchens, saunas, fuel trucks). Deputy Chief Ferguson described tensions between Chief Sloly and other members of OPS and the difficulty the various police services were experiencing in developing a plan and integrating their command structures.

When asked in cross-examination if police were enforcing the Criminal Code during protests, Deputy Chief Ferguson answered, "no." When asked if reports of assault would be investigated, however, Ferguson responded that they would be. Deputy Chief Ferguson testified that RCMP Commissioner Lucki told her that getting an injunction is a double-edged sword because of the limited ability to enforce.

Deputy Chief Ferguson testified that she was unsure of the number of individuals who had bank accounts frozen.

She was clear that the invocation of the Emergencies Act did not provide more officers for OPS, but it did allow OPS to more easily swear in officers. She confirmed that this same goal could have been achieved through the passing of an injunction.

In cross-examination by The Democracy Fund, JCCF and Citizens for Freedom, Deputy Chief Ferguson admitted that the powers granted by the Emergencies Act were "useful, but not necessary."

Finally, when questioned by Commissioner Rouleau, Deputy Chief Ferguson testified that she "cannot confirm whether there were any significant discussions on when the protest was considered an occupation."

Acting Ottawa Deputy Police Chief Patricia Ferguson says she cannot confirm whether there were any significant discussions on when the protest was considered an occupation. #POEC pic.twitter.com/4r4L3AZeOo

Supt. Abrams spoke about creating a team to support communities that would see an influx of vehicles and about creating a traffic plan. He went on to explain that convoy leaders agreed with police to take up only some lanes on Wellington streets. He described some confusion about reporting and planning responsibilities which he mentioned to the RCMP. He described his observations of disorganization to the police liaison team, and he understood that this complaint was sent to Chief Sloly. He claimed that he was not involved in discussions about Windsor being a priority over Ottawa because of economics.

When asked if the creation of the red zone was only possible due to the declaration of an emergency under the Emergencies Act, he answered that he had heard that on Twitter and other sources. He took part in educating his colleagues on the authority to make arrests under various statutes.

Ontario Provincial Police (OPP) Supt. Craig Abrams stated that the initial arrival of the convoy was peaceful: protesters kept an emergency lane open, did not engage in criminal behaviour and did not cause damage to highways. He went on to state that protesters 'did what they said they would do.'

When speaking about OPS taking down fuel operations at the Coventry intersection, Supt. Abrams answered: "You will never see OPP support for any operation tonight or tomorrow, based on what I'm reading. Literally, it [the operation] was two lines on a page."

OPP Superintendent Abrams, on OPS taking down fuel operations at Coventry: Based on what I’m seeing and what I’ve just heard, you will never see OPP support for any operation tonight or tomorrow, based on what I’m reading. Literally it [the operation] was two lines on a page. pic.twitter.com/33HCkxBzl7

In a written statement made by Supt. Abrams, we learned that the OPP offered OPS 18 officers on January 29, 2022, but were told that the additional officers were not required. On January 30, 2022, OPS made a request for 18 OPP officers, but did not use 16 of them due to "command dysfunction and poor coordination".

The OPP offered Ottawa Police 18 officers on January 29 but never heard back, then was later told they didn’t need them.

The next day, OPS requested 18 officers, but failed to use 16 of them due to “command dysfunction and poor coordination.” pic.twitter.com/yPgZSfZ9W2