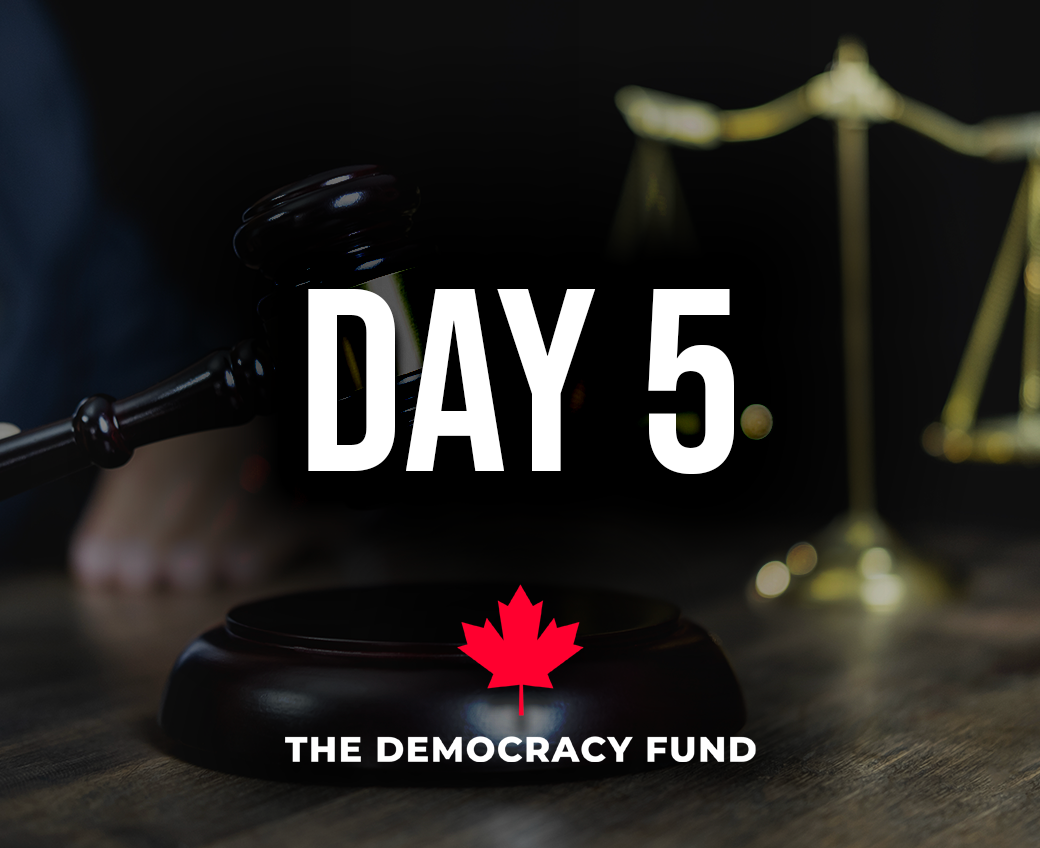 Ms. Deans testified that former Ottawa Police Chief Sloly had claimed, early in the protest, that he viewed this as nothing other than a protest that would come and go. He expected it to be gone "by Monday". On or about February 2, 2022, however, Chief Sloly came to the view that the Ottawa Police Service (OPS) may not be capable of executing a local policing solution. As the protest developed, the board eventually advised that it needed more resources.

Ms. Deans admitted that, over time, the police response to the protest improved due to the integration of the RCMP and OPP with the command structure of the Ottawa Police Service. As the police services integrated, more resources were received, and a plan was created. She noted that the lack of resources was always the problem. On cross-examination, she said that Chief Sloly wanted help from all levels of government, and Ms. Deans agreed that "he was right." She mentioned that she was not invited to tripartite talks between the Mayor of Ottawa and government representatives regarding increased resources though she is the chair of the police services board.

The mayor of Ottawa kept the chair of the Ottawa Police Services Board out of conversations with the federal government surrounding police resources, says Diane Deans, a city councillor and the former chair of the board.

Superintendent Morris testified that, at least on February 7, 2022, there was "almost no reported criminal activity" as the convoy moved across Canada, and further that, "It was conspicuous for the absolute lack of criminal activity." He was asked about the inclusion, in one police intelligence report, of the claim that there was the potential for a threat to national security. He stated that the inclusion of this claim was due to the movement of the convoy to the border that might affect the integrity of the border or economic integrity. He noted that the Canadian Security Intelligence Service (CSIS) disagreed with this assessment that there was a potential for a threat to national security at this time. He said there was the potential of lone actors and small fringe groups being violent, but that was addressed by police proactively through intelligence operations. Early in the protest, weapons were not seen as a problem in Ottawa: there were no credible threats or threats of the use of heavy machinery. The threats to public safety didn't materialize during the first week of the protest. There was no specific threat of an attack on Parliament. The first weekend was calm, with no threats or acts of serious violence.

OPP intelligence officer Pat Morris says "there was almost no reported criminal activity" across Canada during the convoy's movement across the country prior to the Ottawa protests.

"It was conspicuous for the absolute lack of criminal activity." pic.twitter.com/N0rkhJRimp

Ontario Provincial Police intelligence officer Pat Morris says there was "no intelligence to indicate that [convoy protesters] would be armed," dismissing discussions to the contrary as "hyperbole." pic.twitter.com/PcaadniB47

When asked on cross-examination of the elements justifying the declaration of a public order emergency under the Emergencies Act, Mr. Morris admitted that the OPP had no evidence of espionage, sabotage, or foreign influence that involved serious threats to persons or property. He did see online rhetoric and assertions in social media, but no intelligence report was produced to support them.

Morris testifies that outside of anecdotal assertions made by the media and people online, that there were no credible security threats identified by intelligence on the protest.#POEC pic.twitter.com/ENPd2hrW35

He stated that, in his view, the definition of extremist is problematic as it is subjective, and there is no legal definition. The Criminal Code speaks of terrorism, hate crimes, genocide, and acts against religious property. He uses a working definition: someone who would use violence to achieve their goals. Morris later admitted to the surveillance of convoy protestors.

Ontario Provincial Police intelligence officer Pat Morris admits the OPP was "engaged on ground in a covert capacity" to collect information about the Freedom Convoy. pic.twitter.com/J0213epL2d

Since the OPP is integrated with various intelligence services, including CSIS, he believed that he would have been informed in relation to serious violence, and threats to lives or property. He may not be informed if it wasn't within his purview, however. He was not told by those actors that he had not been informed of these threats.

When told that members of Parliament sat during the protest, he said he could not speak to whether members felt that they were impeded.

Counsel for the Government of Canada asked if an event like this protest increased the likelihood of, or opportunities for, a lone-wolf attack: Superintendent Morris agreed that it could. He said things got more volatile with the issuance of provincial offence notices.

Morris: The lack of violent crime [during the Ottawa protest] was shocking.#POEC pic.twitter.com/aEMKPzMMiD

On cross-examination by TDF litigation director, Alan Honner, Superintendent Morris conceded that he was concerned by the sensational and politicized aspect of public discourse about the protest. He was concerned about comments made publicly that he believed were not premised in fact: from his perspective, he was leading the criminal intelligence investigation into these events, and he understood what was transpiring. Accounts of Russian or US influence, or extremist elements, he found to be problematic. He did not see any validation of these assertions. When asked about media disinformation, he believed that a lot of people were making assertions that were not accurate. Some of these subjective assertions exacerbated the conflict. He said that some perspectives seemed to be simply confirmatory of a worldview. He noted that there is always overreach to threat claims but that there is often just a political disagreement. He noted that just because we have a disagreement does not mean the powers of the state should be brought to bear.

Morris blames the media for making subjective assertions which sensationalized and exacerbated the conflict [the protest].#POEC pic.twitter.com/vuMiPGYD7M