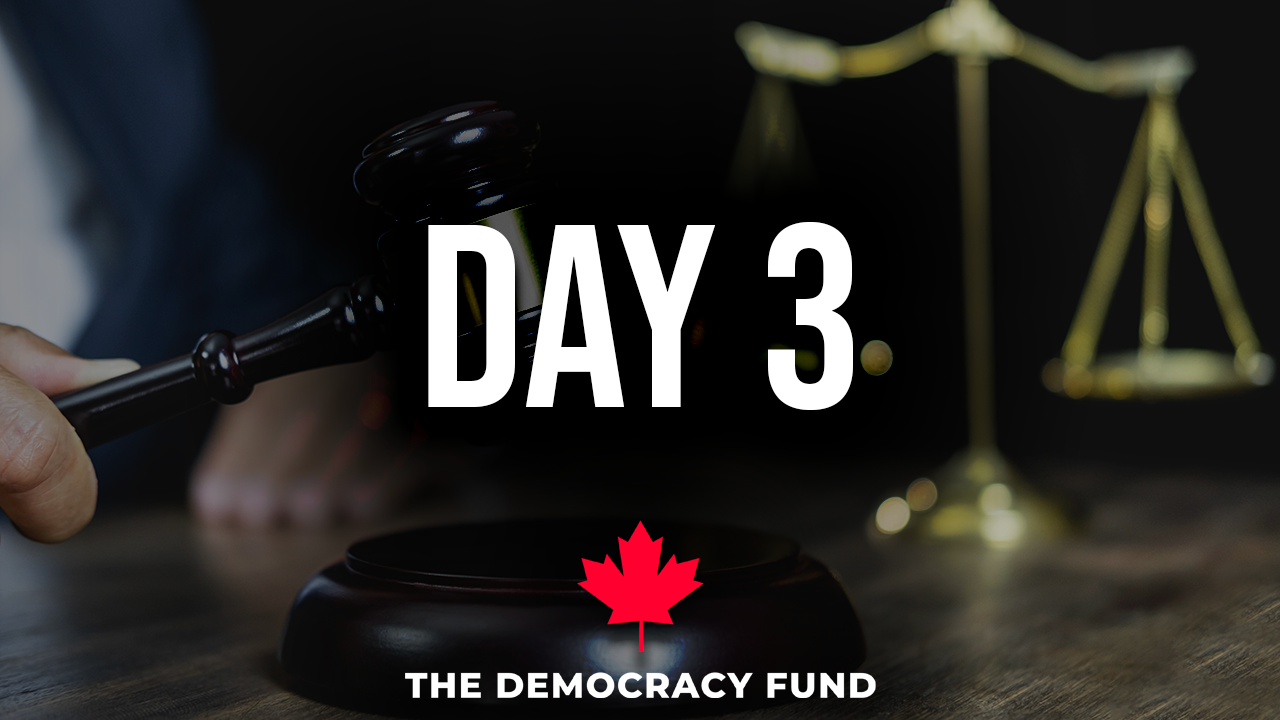 On Monday, October 17, the Public Order Emergency Commission heard testimony from public servants for the City of Ottawa. There was some discussion between the lawyers and City of Ottawa employee, Steve Kanellakos, that the City of Ottawa and the police were negotiating with representatives for the truckers, including lawyer, Keith Wilson, for the removal of some trucks from the downtown core.

He (Wilson) did everything he could in his power in order to move these trucks?”

“And these individuals tried to move their trucks under the agreement onto Wellington, and it was the OPS who didn’t allow it?”

“I don’t know if it was OPS or PPS, I’m not sure.”#POEC pic.twitter.com/K1oOt9utsf

The commission heard that the City of Ottawa had the authority to close roads, but Mr. Kanellakos stated, "we wouldn't close roads without the support of the Ottawa Police."

In cross-examination, Mr. Kanellakos stated that on February 12, 2022, an agreement with protesters had been reached, which the city considered a "short-term victory." By Monday, February 14, 2022, some trucks were already leaving residential areas pursuant to this agreement. Mr. Kanellakos suggested that the number of trucks removed by the truckers was not clear. He speculated that it may be about 40 but up to 100. On cross-examination, he suggested that the police or Parliamentary protection service may have prevented the removal of trucks on Wellington street downtown. Chief Sloly had resigned at this point and he believed this had affected the approach taken to the situation.

Serge Arpin, chief of staff to City of Ottawa Mayor Jim Watson, was asked on cross-examination if police prevented implementation of the deal to remove trucks. Mr. Arpin conceded that there was no indication that truckers would renege on the deal to remove the trucks. However, he mentioned that, with the declaration of an emergency, the situation changed. Further, Mr. Arpin added that it became "quickly apparent" that protesters "never intended to hurt ordinary people in residential districts." Text messages from February 13, 2022 between Mr. Arpin and Minister of Public Safety, Marco Mendicino, showed that the Minister was aware of negotiations between the convoy leaders and the City of Ottawa for the removal of trucks.

Witness testifies that the deal brokered between convoy counsel and the City of Ottawa to begin the removal and redistribution of trucks to ease pressure on residential areas was genuine - “We found out it wasn’t a stunt.”pic.twitter.com/Az4u3poPlZ

City of Ottawa's head of emergency preparedness said in an email on Jan. 30 that police were doing a "great job at maintaining the fine balance between a peaceful demonstration and a potential riot." City manager Steve Kanellakos agreed and said "keep the peace" was objective. pic.twitter.com/bNtZIcUyui

It is important to recall that, in order to justify its declaration of a public order emergency under the Emergencies Act, the government must establish, on reasonable grounds, that a public order emergency exists and necessitates the taking of special temporary measures for dealing with the emergency. The situation must be so dire that it cannot be effectively dealt with under any other law of Canada.