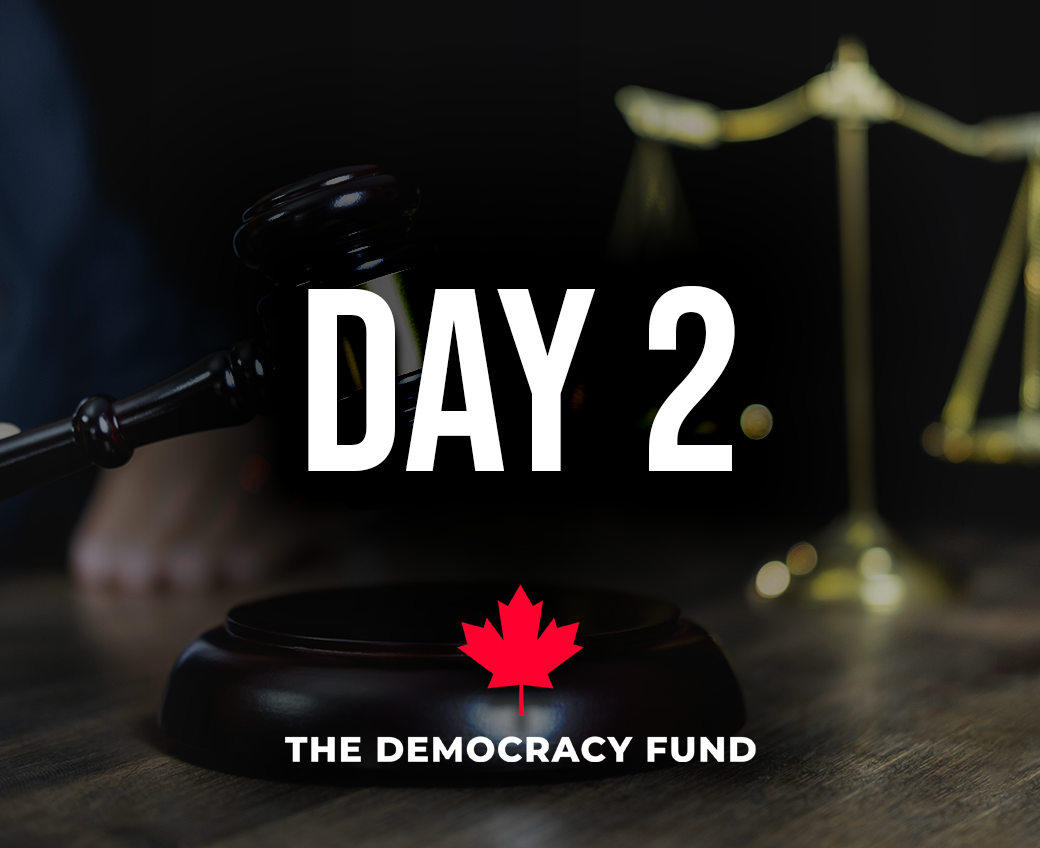 Ms. Li stated that the protests constituted a “purge-like scenario”. On cross-examination, she admitted that she told protesters to “go back to where the fuck you are from”. She stated that she did not observe anything that could be considered “sabotage or espionage”.  When asked about her safety, she said “I wouldn’t say I felt unsafe. But I didn’t feel safe.”  She described an incident where people in her building threw eggs at the truckers and the protesters. Finally, she agreed that she did not observe acts of violence.

Zexi Li claims the protest provided “a Purge-like scenario,” referencing the movie series where there are no laws for a night, and residents can commit whatever illegal offences they like, including murder.

This is getting ridiculous.

Ottawa residents testify on whether or not, and if so, how, they felt “unsafe” during the Ottawa protests. Zexi Li states “I didn’t feel safe, but it is hard to describe it as unsafe at the same time.”#POEC pic.twitter.com/kZW2j4L5DE

Ms. Carrier stated that some protesters were "lovely" and that they were not a "homogenous group.” With respect to the negative impacts of local business, she testified that: “Protesters had catering tables outside restaurants." "They were offering free hot dogs and chocolates", but businesses that attempted to stay open were "not getting any business.”

Councillor McKenney stated that “I personally didn’t witness any acts of violence. I was told about them.” Ms. McKenney claimed that she heard about an act of arson, but on cross-examination, admitted the media reports noted that the arson was not related to convoy participants.  She claimed she did not agree with these media reports, however.

Councillor Fleury described the trucks that participated in the convoy as “weapons” and that their presence caused “microaggressions.” He stated that he heard that a homeless person was beaten during the protests, but when pressed on cross-examination, could not verify the claim.

When asked about allocating policing resources, he claimed that Ottawa Police “Need to protect and serve residents of Ottawa, not demonstrators who come to our city.”

Asked to expand on this claim that trucks are weapons, he said “The physical nature of the vehicles is a fortress, is a weapon”.

Ottawa City Councillor Mathieu Fleury describes trucks that participated in the convoy as “weapons” and that their presence caused “microaggressions.” pic.twitter.com/XWI4zSlsm4

MUST WATCH: Ottawa city councillor Mathieu Fleury is asked to define "microaggression" after using the word multiple times throughout his testimony in English. Fleury then refuses to define the word in English because he's a francophone. pic.twitter.com/6T0SIlEw0s