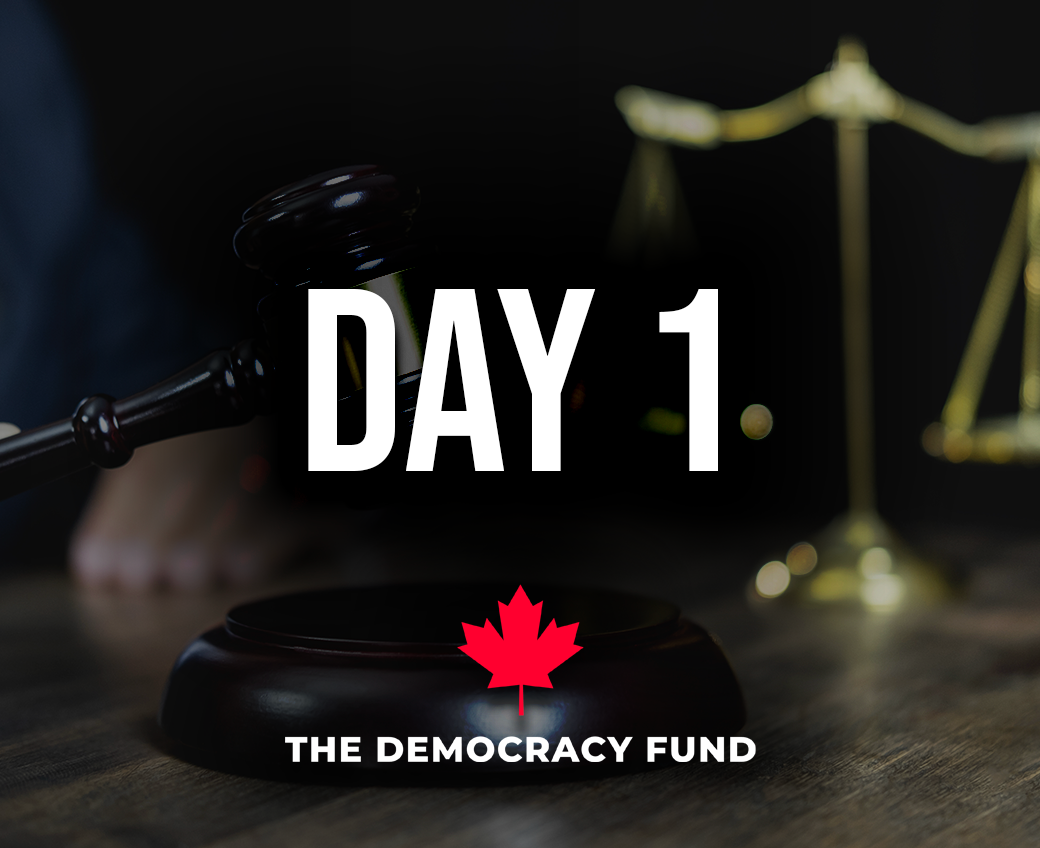 On Thursday, October 13, TDF’s Litigation Director Alan Honner spoke to the Commission about our on-the-ground efforts in Ottawa and Windsor during the Freedom Convoy last February and explained that TDF is currently representing dozens of people who have been criminally charged in relation to the protests in Ottawa, Windsor and Coutts. And that TDF also represents thousands of others who have been charged under the Quarantine Act and other COVID-related matters.

In his opening statement, Alan Honner explained that TDF's objective is to participate in the fact-finding process of this inquiry. TDF wants to know the real reason why the federal government invoked the Emergencies Act. From our perspective, the government did not meet the requisite legal grounds to invoke a public order emergency. The extortionary measures the government invoked were inappropriate and outside of their jurisdiction.

“From our perspective, the government did not meet the requisite legal grounds to invoke a Public Order Emergency.”

Alan Honner, Litigation Director at The Democracy Fund, states his intention to find out why the government invoked the Emergencies Act. pic.twitter.com/mYnr6LlPY9

In a later interview with Rebel News, Alan Honner points out the Ontario Provincial Police's (OPP) comment during yesterday's Public Order Emergency Commission about how the Windsor protest was dealt with and how this helped our case:

"Windsor was very much a success story." pic.twitter.com/iCEhaKyPED

"I thought TDF was going to need to make this argument... but now it looks like the OPP is going to be helping us out with that."

It is important to recall that, in order to justify its declaration of a public order emergency under the Emergencies Act, the government must establish, on reasonable grounds, that a public order emergency exists and necessitates the taking of special temporary measures for dealing with the emergency. The situation must be so dire that it cannot be effectively dealt with under any other law of Canada.