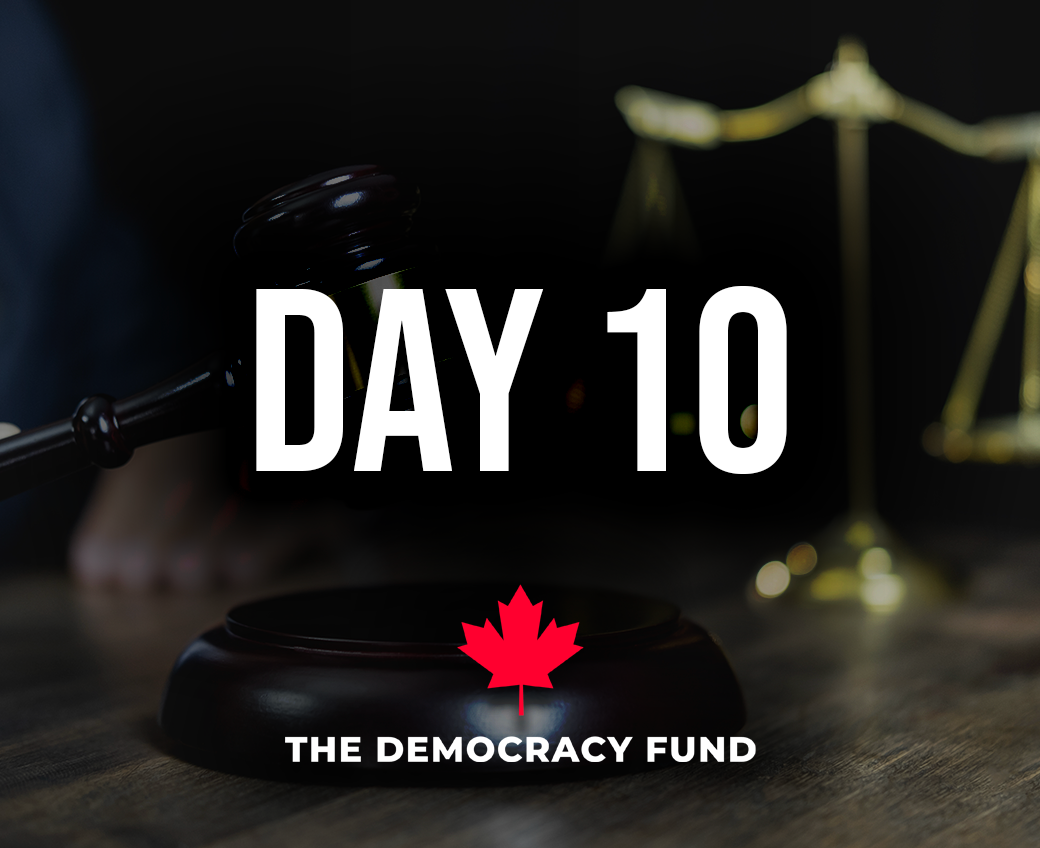 Supt. Bernier was tasked with creating a new plan on February 11, 2022, and integrating it with the Ontario Provincial Police (OPP) and OPS. The plan involved a "reset." Supt. Bernier referenced tension between former Chief Sloly and the OPS command team. The overall strategy, Supt. Bernier said, would now involve a "heavy PLT" focus. He sought legal advice as he created the plan.

The Commission heard that, on February 13, 2022, former Chief Sloly sought additional legal advice on the plan from counsel for OPS. Supt. Bernier grew frustrated with these requests for review and approval. Supt. Bernier understood that Ottawa Mayor Watson wanted to send a letter to protest organizers offering concessions to meet at a later date if protesters left. He believed this aligned with not only the new plan but also approaches being discussed at the provincial and federal levels.

Supt. Bernier testified that powers under the Emergencies Act did not affect the plan to remove protesters from the downtown core: he would have carried out the new police operation regardless of whether the federal government declared a public order emergency. He said that existing laws already allowed for seizing and towing vehicles, closing roads and restricting access during a police operation. He agreed with Supt. Bell that the Emergencies Act was helpful. It provided a legal framework that was understandable for protesters and the community. When asked if measures were necessary under the Emergencies Act, he responded that it was hard for him to say.

Ottawa Police Superintendent Robert Bernier: The plan that I was developing was based on existing authorities.#POECpic.twitter.com/eFVCdOJk0l

He agreed that the police did not need Emergencies Act powers to compel tow truck companies to provide trucks because, by February 13, 2022, they already had 34 trucks, with anonymity for drivers. The arrangements to secure trucks were completed by February 13, 2022, and trucks were already in transit to Ottawa by this date. Some contracts needed to be finalized but Emergencies Act powers were not required for that.

OPS Supt. Bernier says the #EmergenciesAct was not needed nor used to obtain tow trucks. pic.twitter.com/3B7Zwz6tWH

Supt. Bernier described discussions about declaring downtown Ottawa as an exclusion area after the Emergencies Act was invoked, but Minister Marco Mendicino decided against it.

He said that protesters who wanted to leave were allowed to do so. By February 20, 2022, the remaining north/south streets were cleared. There were still protests at the War Museum but these were considered lawful.

When asked in cross-examination about driving protesters to remote locations and leaving them outdoors in freezing temperatures, he stated that two such locations were identified: one was approximately 15-20 minutes away from the arrest zone, but he claimed there was access to transportation and a phone.

Robert Bernier, Ottawa Police Commander in charge of clearing out the Freedom Convoy admits it was their plan to drop off arrested protesters outside of the city for them to fend for themselves in the freezing winter.https://t.co/NkdySDLNY0 for the latest. pic.twitter.com/yHZx9mkLXT

When shown a photo of police carrying various 5.56mm high power, select-fire rifles with 30-round magazines, he said they are not “military-like.”

The police commander overseeing the operation to end the Freedom Convoy protest disagrees that the equipment officers wore made them appear like the military.

"I would not say that," Ottawa police Supt. Robert Bernier says.

When shown a video of what appeared to be a protester being arrested and struck by a rifle, he said there was "not enough for him to see what was going on" in the footage.

Freedom Convoy lawyer Bath Shéba: You can see that there is a police officer in the back beating a protestor with a rifle?

Superintendent Bernier: There is not enough for me to actually see what is happening behind.#POEC pic.twitter.com/TFcOqlQz7Y

Supt. Bernier was asked to provide clarity on whether the common law permits police to create exclusion zones. He explained that it is not clear if a common law exclusion zone would have held up in court.

He testified that police had common law powers to exclude people from an area. A plan was already in place and would have been implemented without the declaration of a public order emergency. He then conceded that Emergencies Act powers were beneficial but not necessary to clear protests and that the plan to clear protests did not rely on the additional powers conferred to compel tow truck companies. Supt. Bernier further admitted that the common law power to restrict access, if found to have been exceeded by a court after the fact, would still have been used to clear the area.

Superintendent Drummond of the OPS was the next witness to provide testimony. He testified that PLTs (police liaison teams) had engaged in negotiations with protesters to clear some areas and that convoy organizer Tom Morazzo was unsuccessful in his attempt to clear protesters from the Rideau intersection. He described a subsequent agreement made between protesters and Mayor Watson. It was his understanding that the City of Ottawa had been negotiating with a group of protesters for some time to move vehicles out of residential areas and onto Wellington Street. He attended meetings between City of Ottawa representatives and representatives of protesters ( including Tom Morazzo and Tamara Lich). It was suggested that the trucks might be relocated from residential areas to Wellington Street. The invocation of the Emergencies Act stopped the relocation of trucks from residential areas. The deal was to shrink the footprint and relieve pressure on residential areas. It had the potential to end the protest without declaring a public order emergency.

Supt. Drummond testified that he did not know of any retired police officers participating in the protests. He was concerned that some police were leaking information to protesters but he said there had been no operational compromise. He conceded that there were some safety issues during the protest due to the presence of flammable material, but no one was harmed. He would not go so far as to state that Ottawa was unsafe during the protests.

The OPS knew that the convoy organizers, including Tom Morazzo, controlled 322 trucks. The OPS could have, at any time following the agreement of February 8, 2022, moved the barriers and moved the trucks. Supt. Drummond stated that trucks could not be moved, however, because he did not have the approval to do so.

Counsel for the government asked Supt. Drummond if he agreed with a report outlining alleged extremism within the protest. He responded that the report was generated by a private company rather than a recognized intelligence group. He mentioned that this company wanted the police to get involved in their product.

Robert Drummond of OPS admits that the Institute For Strategic Dialogue sent police reports stating the Ottawa protest had potential for a January 6th insurrection, but that the private company had financial interests: “They were looking for us to get involved in their product.” pic.twitter.com/iSLV08xgTU

Upon being shown the same video presented to Supt. Bernier of a protester on Rideau & Sussex being struck by a rifle, he claimed that the protester held an officer's leg, which he feared would break, so the officer responded by striking the protester with the muzzle of the rifle. He stated that the officer was seen by paramedics. It was not clear if a use-of-force report was filed.