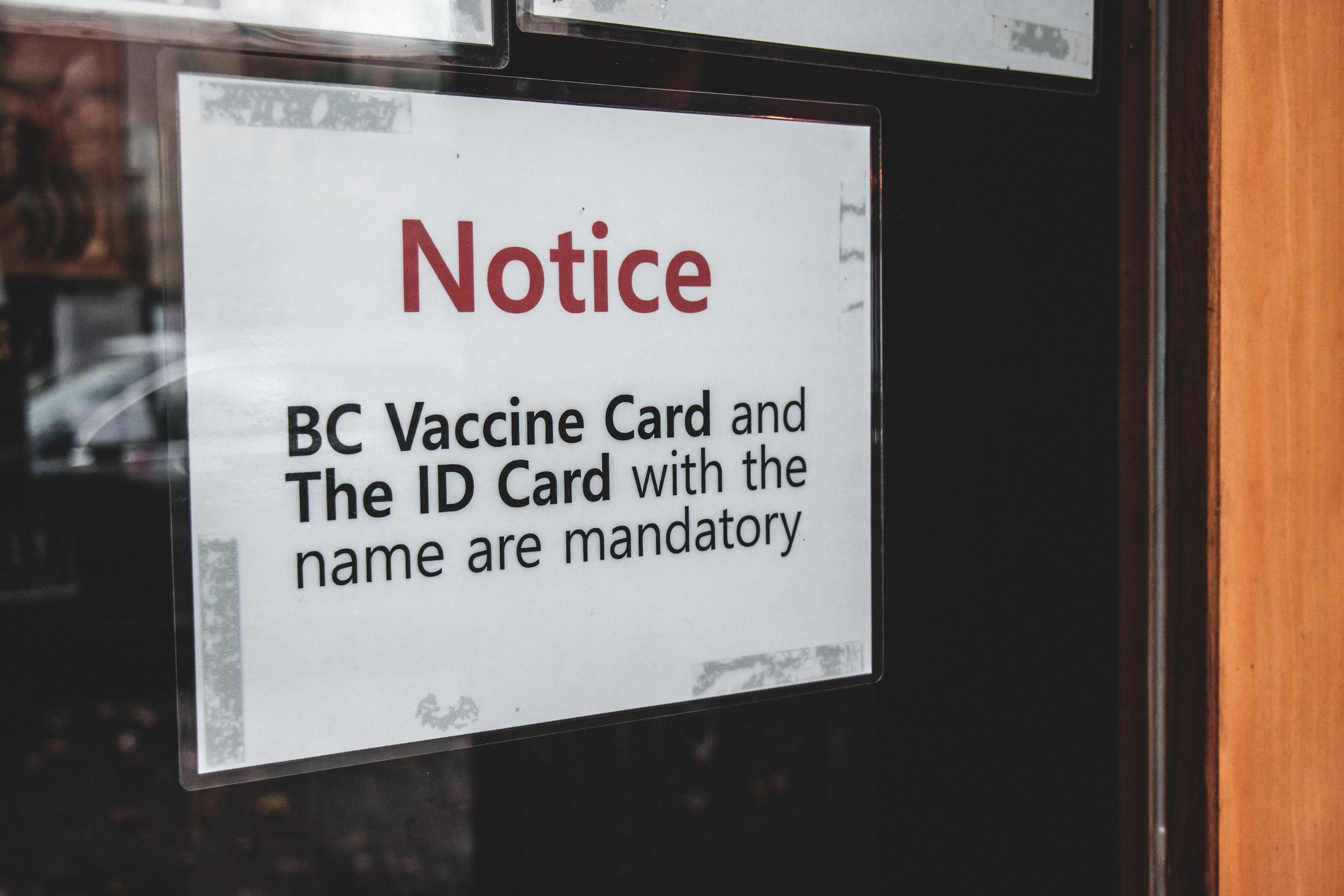 Three clients represented by counsel from JSS Barristers and hired by TDF are in court challenging the BC Provincial Health Officer and Attorney General on extreme measures experienced during the pandemic.

Vancouver: The Democracy Fund is behind a constitutional challenge to the vaccine passport that saw its first day in the Supreme Court of British Columbia (BC) on May 10, 2022. The BC passport system was in effect from September 13, 2021, to April 8, 2022, and banned unvaccinated people from various venues and events including restaurants, gyms, concerts, weddings and funerals.

The three plaintiffs in court are represented by TDF hired lawyers from JSS Barristers, William Katz and Robert Hawkes, and have put forth their individual cases challenging the vaccine passports and inaccessible medical exemptions carried out during the pandemic.

Premier Horgan initially announced there would be no exemptions allowed to the vaccine passports, even for health reasons. Following the release of the order, a reference was included for possible exemptions, but the exemption form was not released to doctors for seven weeks after the passports were implemented and the BC government did not readily release information about their availability. Those that were available had to meet the narrow guidelines set out by Provincial Health Officer, Dr. Bonnie Henry.

The three plaintiffs in court, Leigh Eliason, William Prendiville and Dawn Slykhuis all have medical reasons for not taking the vaccine. Eliason suffers from a chronic illness that is not included on the government’s list of accepted exemption conditions and was advised by her physician not to receive the COVID-19 vaccine. Both Prendiville and Slykhuis received their first COVID-19 injection but experienced adverse reactions shortly after. Through extensive hardship, Prendiville was able to attain a temporary medical exemption, but it was regularly refused by institutions and came with strict revocation rules. Slykhuis, despite having been advised not to take a second shot without consequence, could not find a physician willing to complete an exemption form.

The Honourable Chief Justice Christopher Hinkson is the judge presiding over the case and will decide on whether or not the breach to individual charter rights was justified. TDF hired counsel believe the vaccine passports demonstrate a clear infringement of life, liberty and security of the person.

All three plaintiffs experienced segregation from society and missed out on essential opportunities including attending family events, visiting dying relatives and exercising at fitness facilities.

To learn more details about the BC vaccine passport and its implications, see below news stories by Rebel News Director and Reporter, Drea Humphrey.