Sometimes we have to defend democracy against ourselves 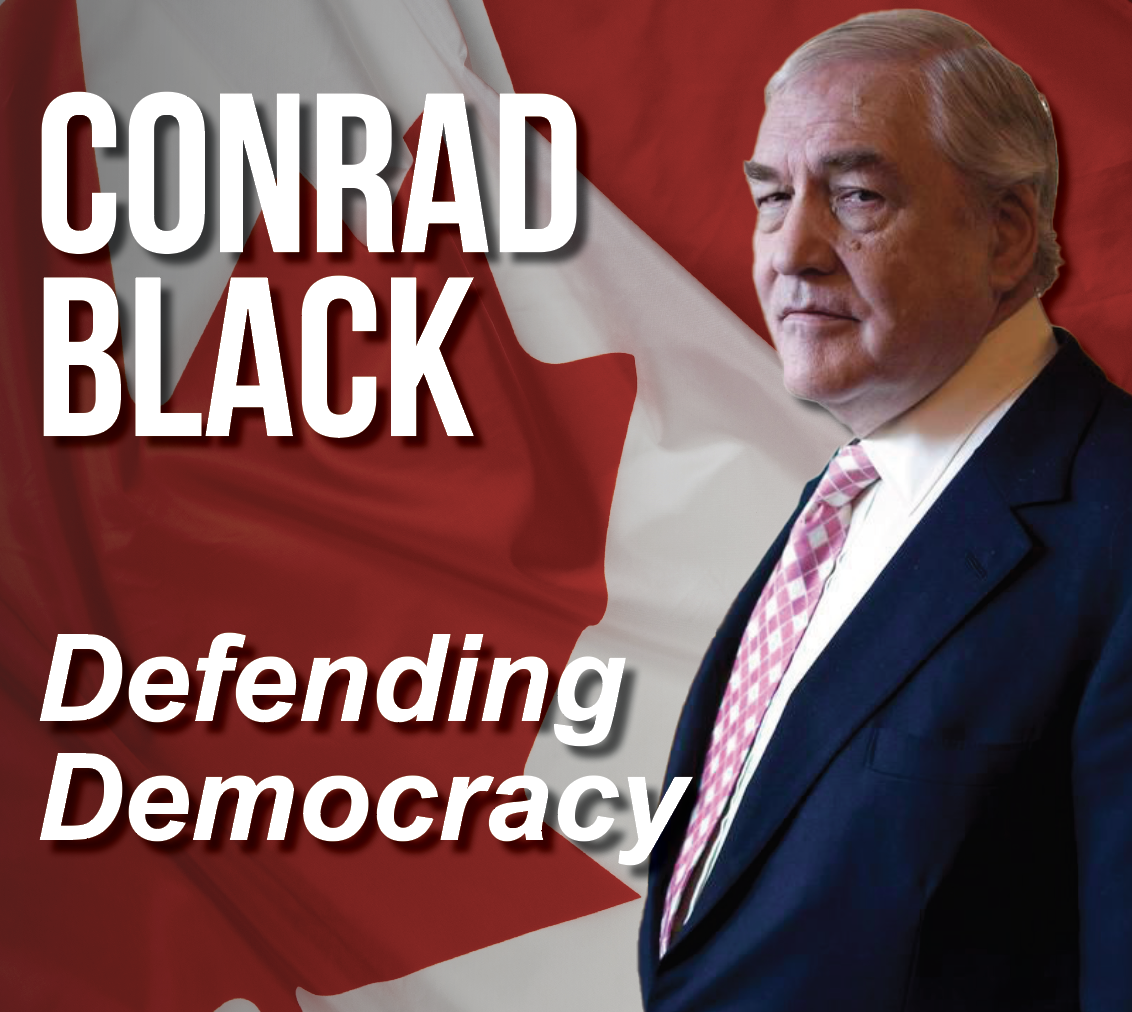 Dr. Julie Ponesse speaks with Conrad Black about the current state of democracy, why he joined TDF and the history of civil liberties in Canada.

Conrad Black recently joined TDF as our Historian in Residence. He will be involved in a number of events including a public speaking series with distinguished guests titled, The History of Civil Liberties in Canada, as well as a series of video vignettes and a book publication.

During our conversation, Conrad described his growing concern around the state of democracy in Canada, the increase in arbitrary state authority affecting laws and regulations, and the gradual decline of a variety of opinions and viewpoints being expressed in the media with a growing authoritarian soft left influence taking hold.

We discuss the tendency to think of any threat against democracy as external, such as from communist regimes like the Soviet Union, but instead fail to recognize that we also need to defend democracy from internal threats as well or else it can slip away.

We reflect on civil liberties in Canada and the important role the United States has played in establishing democratic values and a free market system.

American tradition has emphasized individualism and freedom, which Canadians have lacked. Conrad describes how, in American culture, there is an underlying belief that anyone can achieve anything through hard work and perseverance, but the competition is fierce. According to Conrad, there exists a certain level of self-consciousness among Canadians being situated next to the most powerful and propagandistically assertive country in the world.

Conrad speaks about the Conscription Crisis of 1917 as being the most important civil liberties moment in Canadian history. He describes how from this event arose the premise of collective rights and national interest taking precedence over individual rights and liberty.

We discuss the meaning of a civil liberty, which to Conrad equates to the freedom to do anything you want including speaking and writing, and open expression, as long as it does not impose on the same rights of another. He discusses the importance of hearing from all great historical figures even if they were considered evil to help better understand our history.

We discuss the current state of our country and how Canada is losing its competitive edge by adopting economic policies that are not attractive to investors, who are now investing elsewhere.

We end our conversation with Conrad displaying a cherished memento; the only book in the world signed by two freedom fighting leaders: Winston Churchill and Franklin D. Roosevelt.