When practicing religion is like living behind the Iron Curtain 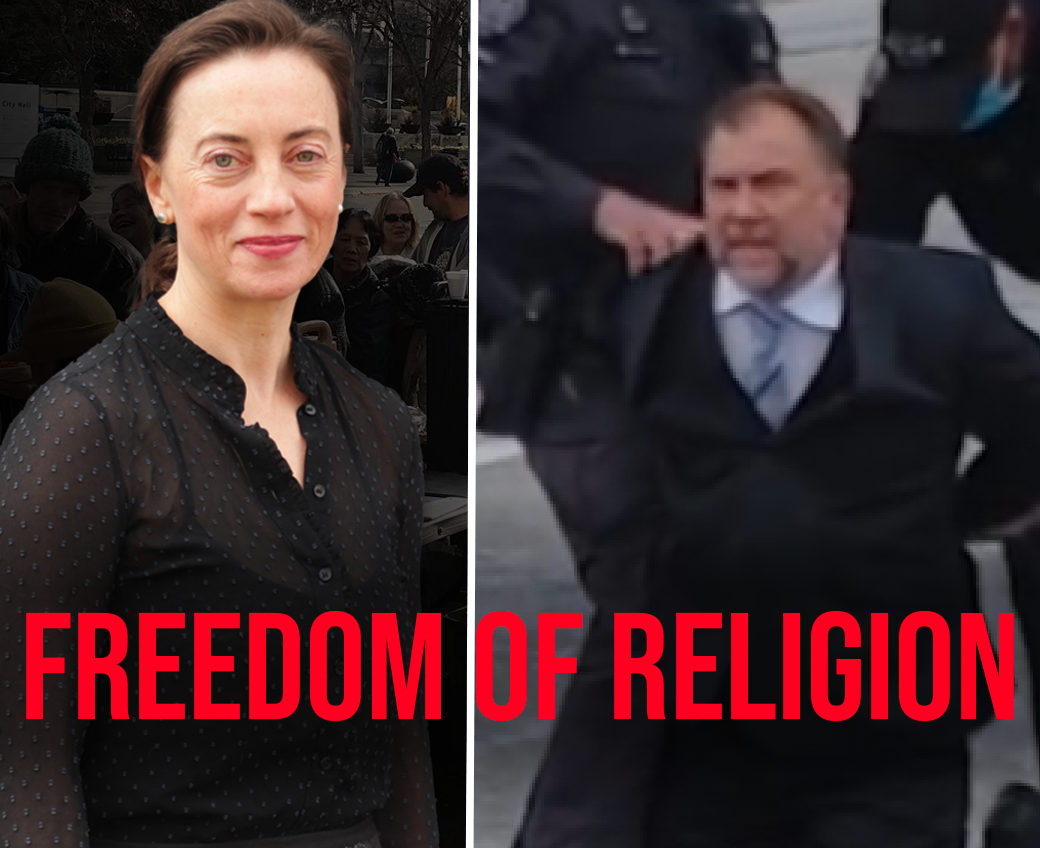 Dr. Julie Ponesse speaks with Pastor Artur Pawlowski about his experience dealing with the police, getting fined repeatedly, and ultimately being arrested and held in solitary confinement for 40 days.

I spoke with Pastor Artur Pawlowski, founder of Street Church Ministries and Cave of Adullam congregation in Calgary, about his response to the COVID-19 restrictions, as well as his experiences being tormented and intimidated by law enforcement during and before the pandemic.

Pastor Pawlowski describes his history dealing with law enforcement prior to the pandemic going back to 2005 when he received multiple fines for congregating on the streets of Calgary, holding sermons and providing food to the homeless. He has had numerous court cases and endured extensive legal fees to fight for the freedom of religion in Canada and describes how once religion disappears, other rights are soon to follow.

When the pandemic began, Pastor Pawlowski describes how he continued to offer his services and how this led to a string of tickets and fines for violating public health restrictions. When Christmas was cancelled, he held a celebration at his home and during Easter, he also held a large service at his church. Both events were interrupted by police raids and resulted in numerous fines. He describes how his experiences with law enforcement in Canada is reminiscent of his time growing up in Poland under a communist regime. He also discusses the double standard concerning politicians and leaders who do not follow the public health orders themselves but expect everyone else to do so.

We discuss how people so easily forget history and are too afraid to acknowledge that the atrocities of the past can easily be repeated. Pastor Pawlowski compares the 1930s in Germany to Canada today and how people then were commanded to obey and trust their government. He also mentions how he was trained to believe that Stalin was the saviour to Europe.

We talk about why Pastor Pawlowski thinks he has been persecuted by the government. He speaks about the power that people have when they join together in solidarity and how the church plays an important role in uniting people, which is a threat to totalitarian ideology.

We discuss how more and more people are afraid to speak up or stand out from what the mainstream dictates, especially in the area of religion, which seems to be declining around the world. We touch on the increasing lack of diversity of voices and opinions that thrive in a democracy and the tendency toward one narrative that is characteristic of totalitarianism.

We touch on the events leading up to Pastor Pawlowski’s arrest and his time in prison when he was forced to spend 40 days in solitary confinement. He describes being transferred to a separate facility without any notice given to his family or legal counsel. He also describes how he was treated, the different drugs he was offered, and how he and many other inmates were deprived of basic human rights.

Disclosure: Pastor Artur Pawlowski is a client of TDF's legal team and was recently exonerated by the Court of Appeal. You can learn more by clicking here.