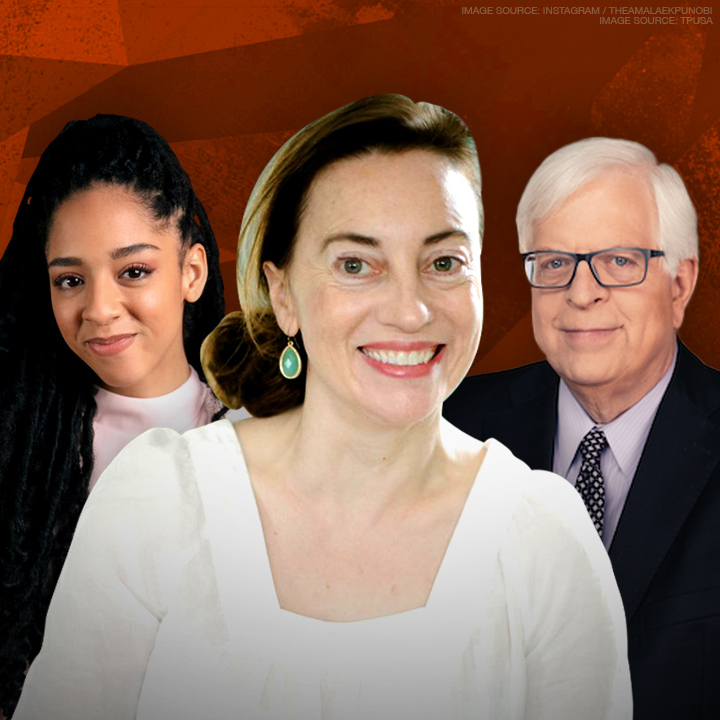 Watch Dennis Prager and Amala Ekpunobi of PragerU discuss the state of civil liberties in Canada and across the world.

Dennis has been closely watching the events taking place in Canada including the trucker protests leading up to the invocation of the Emergencies Act in February 2022. He also wrote an article comparing Canada to being North America’s Cuba. During our live discussion, Dennis described his fear for all western countries as a far-left ideology has been seeping into our many cultures.

Dennis dives into why this leftism is so appealing, a growing and very uncharacteristic contempt for freedom in the US, and an intolerance for debate, disagreement and free speech. He describes how many people have forsaken their freedoms voluntarily in exchange for a feeling of safety and being taken care of.

We discuss the language of polarities that is occurring not only over race but over COVID-19, as well as many other issues. Amala touches on the concept of tribalism and the human desire to be part of a group that woke identity politics has capitalized on causing major divisions. She notes that historically tribalism was tied to good values, a shared love for country, freedom and free speech, but now with the left ideology, it is tied to skin colour, vaccine status and gender.

Dennis references Man’s Search for Meaning written by Viktor Frankl, who survived the Holocaust, and describes the existence of only two races: the decent and the indecent. Dennis describes how race doesn’t let you know an individual’s personality, desires and character. We discuss this tendency to view the world based more on outward facing characteristics and how seeing a person for who they really are on a deeper level based on their values and morals takes effort.

Amala reflects on how she may not always change someone’s point of view but that she has learned to ask more questions and to use more empathy and compassion in her communication, which she encourages everyone to do.

Along with Viktor Frankl’s belief, Dennis points out that people are motivated by meaning and that with the collapse in Judeo-Christian religions there is a secular hole that is being filled with modern day “isms” such as liberalism, wokeism, leftism, environmentalism and feminism, all of which he believes are becoming substitutes for secular religions.