Faith and Democracy with Glenn I Beck 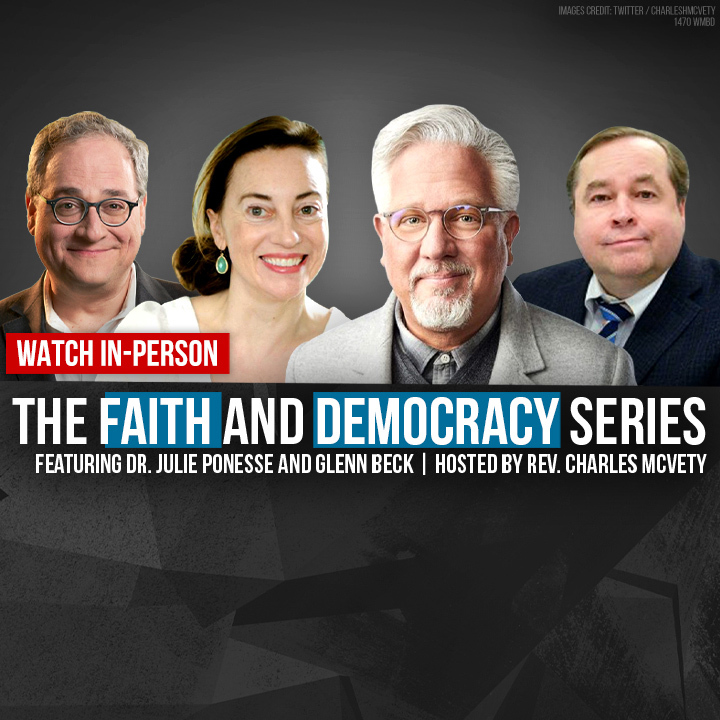 Glenn Beck joined us for our town hall meeting on Thursday, October 28, 2021.

Canadian pastors are being thrown in prison.

Hundreds of thousands of workers are being fired from their jobs.

Millions of Canadians are being turned into second-class citizens, banned from public spaces.

We’re in the middle of Canada’s worst-ever civil liberties crisis.

What can we do about it? Does anyone even care?

Glenn Beck does. The popular U.S. broadcaster was our special guest speaker at an emergency civil liberties town hall meeting.

He was joined by Dr. Julie Ponesse, the passionate professor of ethics whose video went viral when she explained her own moral objection to being forcibly vaccinated.

Beck appeared via Zoom video on a giant screen at the Canada Christian College. Dr. Ponesse and Ezra Levant from Rebel News appeared on stage along with Rev. Dr. Charles McVety, the President of the college. Both sermon and seminar were part of the college’s Faith and Democracy Prayer Service series.