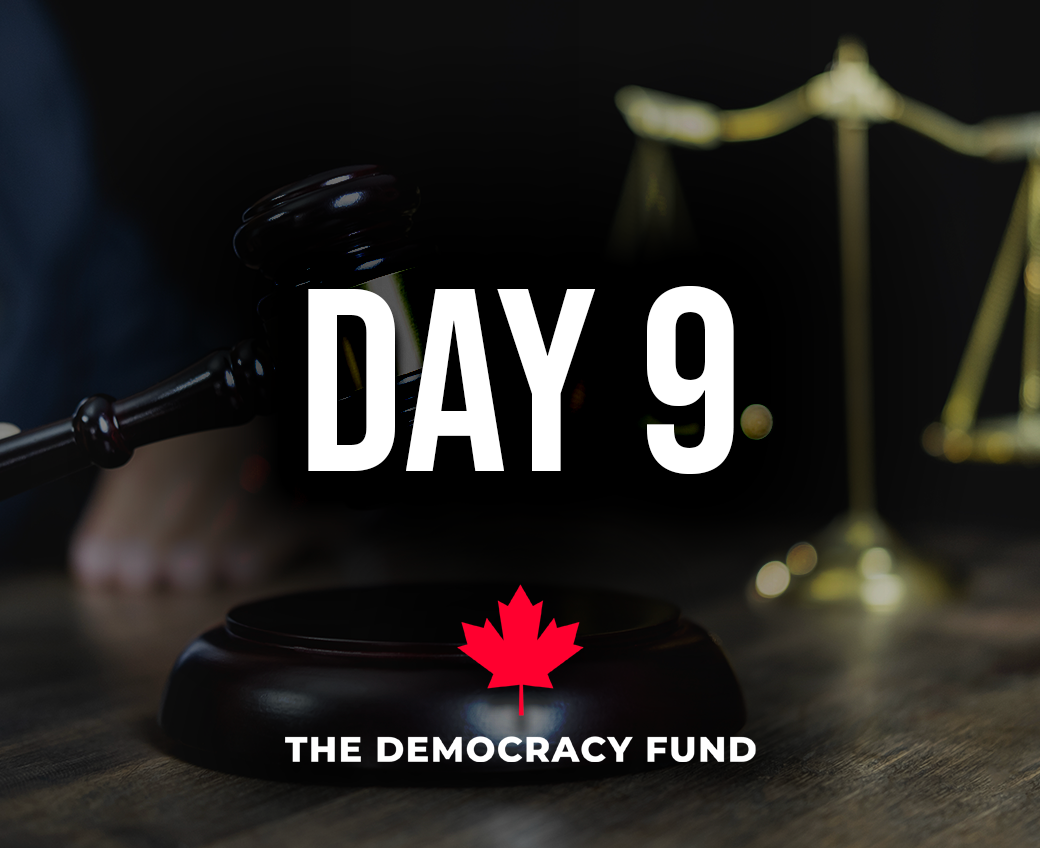 The Public Order Emergency Commission heard from Inspector Russell Lucas of the Ottawa Police Service on Day 9 of the hearings. He had the role of Incident Commander during the protests and was tasked with supervising the planning process and development of the operational plan.

He understood the Freedom Convoy's purpose was to raise concern about mandates enacted by the federal government. However, OPS planners initially thought the protesters would remain in the city for "a week or so."

When asked about social media comments that "police support the protest," he said that at times police speak to, or take pictures with, protesters to reduce tension. He explained that this behaviour should not be conflated with “support" for the convoy: to do so would be misinformation.

On cross-examination, he conceded that misinformation was also spread by people who opposed the protest. He admitted that there were OPS officers who opposed protesters.

He stated that OPS was intentionally not conducting arrests for minor infractions: the timing of the investigation and arrests could be delayed, if necessary.

He admitted that some protesters, when detained in freezing conditions by the police, would be at risk of cold injuries like frostbite, frostnip, and hypothermia. He said that he was not aware of protesters being dropped off in remote locations and further that he does not recall saying "they'll find their way back."

Marcel Beaudin, acting OPP Superintendent, provided evidence about building relationships with protesters based on trust and open communication. In his role as superintendent dealing with Police Liaison Teams, he would encourage protesters to pursue lawful, safe and peaceful protesting. He testified that Algonquin leadership met with protesters resulting in one of the protesters' camps being cleared on February 5, 2022. He explained that this was an example of successful negotiation. He admitted that there were lost opportunities for PLTs to engage in additional negotiations with protesters.

Around February 9, 2022, Supt. Beaudin was told by Deputy Director Di Marco that some government officials wanted to reach out. He received an email from the Deputy Minister for Public Safety about possible negotiations.

He went on to testify that protesters were prepared to engage in discussions with police. Some of the protest leaders, such as Tamara Lich and Tom Marazzo, engaged in negotiations.

OPP Inspector Marcel Beaudin claims that there had been discussions and acknowledgement of potential meetings between the OPP and Freedom Convoy organizers.

Supt. Beaudin explained that the protesters’ salient grievances were with the government. He believed, like former police Chief Sloly, that there was no policing solution to this protest as the grievance did not arise out of a policing problem.

He described having discussions with OPP members to craft a negotiated solution. A letter was prepared by the OPP to send to protesters which suggested a compromise. A draft proposal was sent to RCMP Commissioner Lucki for her review and comment. However, the members of the government meeting with protesters made it clear that they would not engage in negotiations. Supt. Beaudin stated that many protesters just wanted to be heard: if the negotiation was successful, it might have reduced the footprint of the protests.

He testified that he did not believe that holding a meeting between PLT and protesters was a safety risk and referenced the testimony of Supt. Morris on this point regarding the lack of violence and criminal activity among protesters.

Ultimately, negotiations did not transpire despite the willingness of OPS, OPP and RCMP. Supt. Beaudin recounted being told that if negotiations were going to proceed, it required a letter from RCMP Commissioner Lucki to the Federal Government: however, no letter was sent. He testified that the Deputy Minister of Public Safety called off a meeting with Freedom Convoy organizers.

Supt. Beaudin described the demeanour of the crowd as no different from other protests with which he had been involved: the only difference in this context was the size of the convoy protest.

On cross-examination, Supt. Beaudin was asked about the engagement proposal. He stated that the Deputy Minister did not say that it was a bad idea, and further, that Commissioner Lucki reached out to him about the proposal. The recommendation was that the political branch of the government would meet with the protesters who would then vacate downtown Ottawa. Supt. Beaudin was then informed that his proposal was put before the political leaders in Ottawa prior to the invocation of the Emergencies Act.

Convoy lawyer Brendan Miller tells the leader of the OPP negotiation team Marcel Beaudin that the negotiation proposal reached by OPP, OPS and RCMP was discussed by Trudeau's cabinet the day that the Emergencies Act was declared.#POEC pic.twitter.com/UGtbE4RZ47

Superintendent Robert Bernier was the event commander who oversaw the ending of the protest in Ottawa. He described, at length, the disorganization and the lack of an overall plan in the early stages of police operations.

His examination in chief will continue on Day 10.