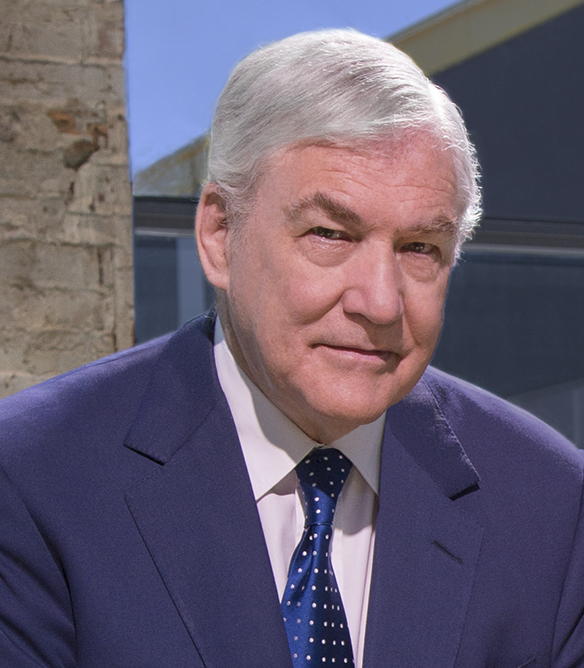 Lord Conrad Black is a Canadian-born British peer, and former publisher of The London Daily Telegraph, The Spectator, The Chicago Sun-Times, The Jerusalem Post, and founder of Canada's National Post.

He is a columnist and regular contributor to several publications, including the National Review Online, The New Criterion, The National Interest, American Greatness, The New York Sun, and the National Post.

Lord Black is an experienced financier, was the head of the Argus and Hollinger corporate groups for many years, and remains active in this field in a number of private companies.

He is a graduate of Carleton (Ottawa), Laval (Quebec), and McGill (Montreal) universities, and is an accomplished historian with a prolific body of work.

As an acclaimed author and biographer, Lord Black has published comprehensive histories of both Canada and the United States, as well as authoritative biographies of Maurice Duplessis, and presidents Franklin D. Roosevelt, Richard Nixon and Donald Trump.

Lord Black is also a television and radio commentator and a sporadic participant in the current affairs programming of CNN, Fox News, CTV, CBC, BBC, and Radio Canada.

With Lord Black, TDF is hosting an important public series of events titled, The History of Civil Liberties in Canada, in which Black will engage with distinguished guests for informative, challenging and educational discourse and open exchanges on the history of civil liberties, as well as constitutional rights and freedoms in Canada.

TDF will also feature Lord Black in a series of video vignettes and a book publication of the history of freedom in Canada.