Bob Moran is a multi-award-winning British illustrator and cartoonist. His work deals with themes of politics, ethics and family. He uses emotion to convey important messages, defend moral principles and to invite people to reflect on what really matters in life.

Between 2011 and 2021, Bob was political cartoonist for The Daily Telegraph. During this time, he established himself as one of the most revered and popular satirists in the UK.

His beautiful artwork and cutting commentary has brought him international acclaim and numerous awards, from organisations such as The Foreign Press Association and The Cartoon Arts Trust.

In 2022, Bob partnered with The Democracy fund and now creates cartoons that are available for FREE publication use. 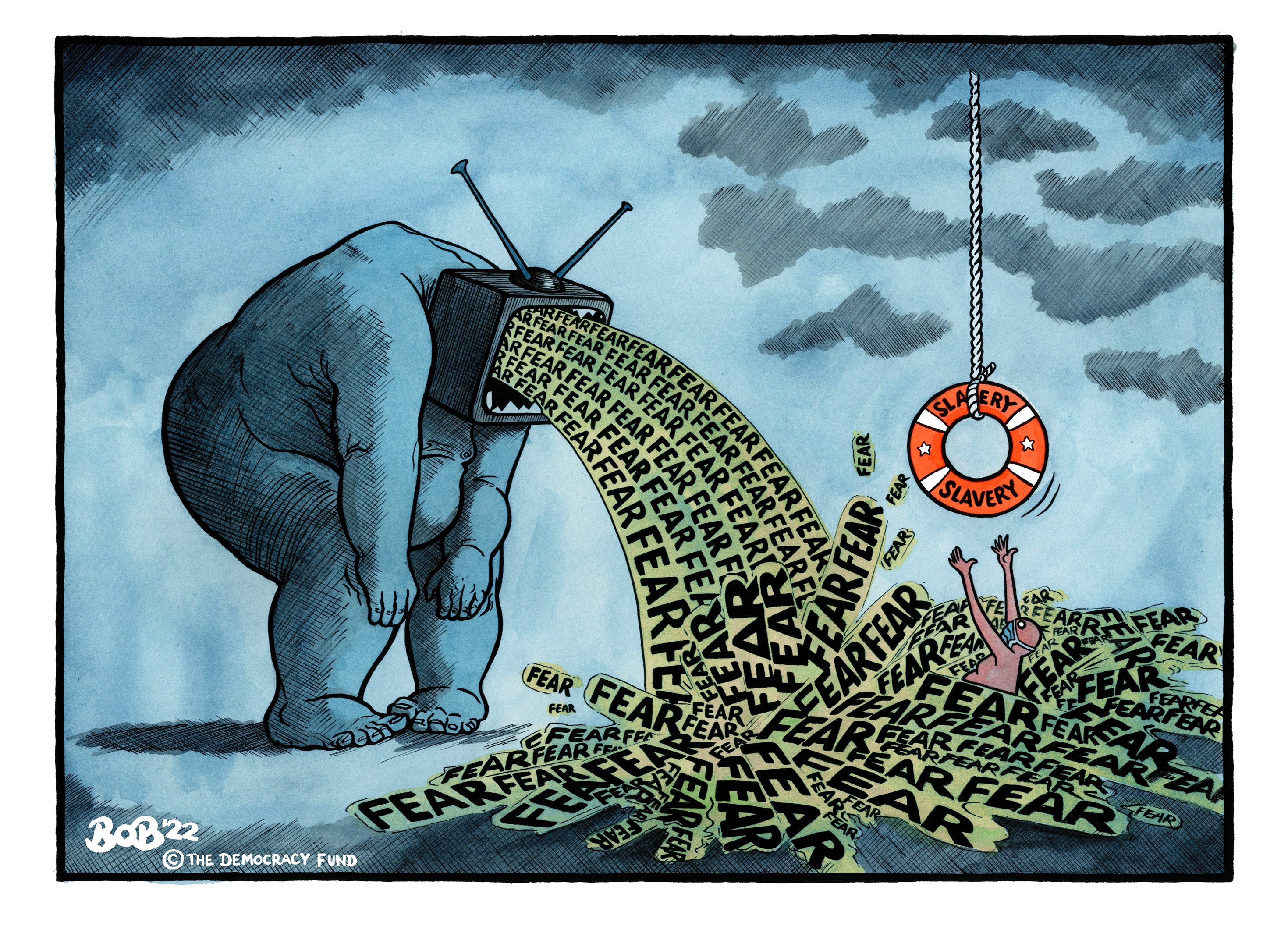 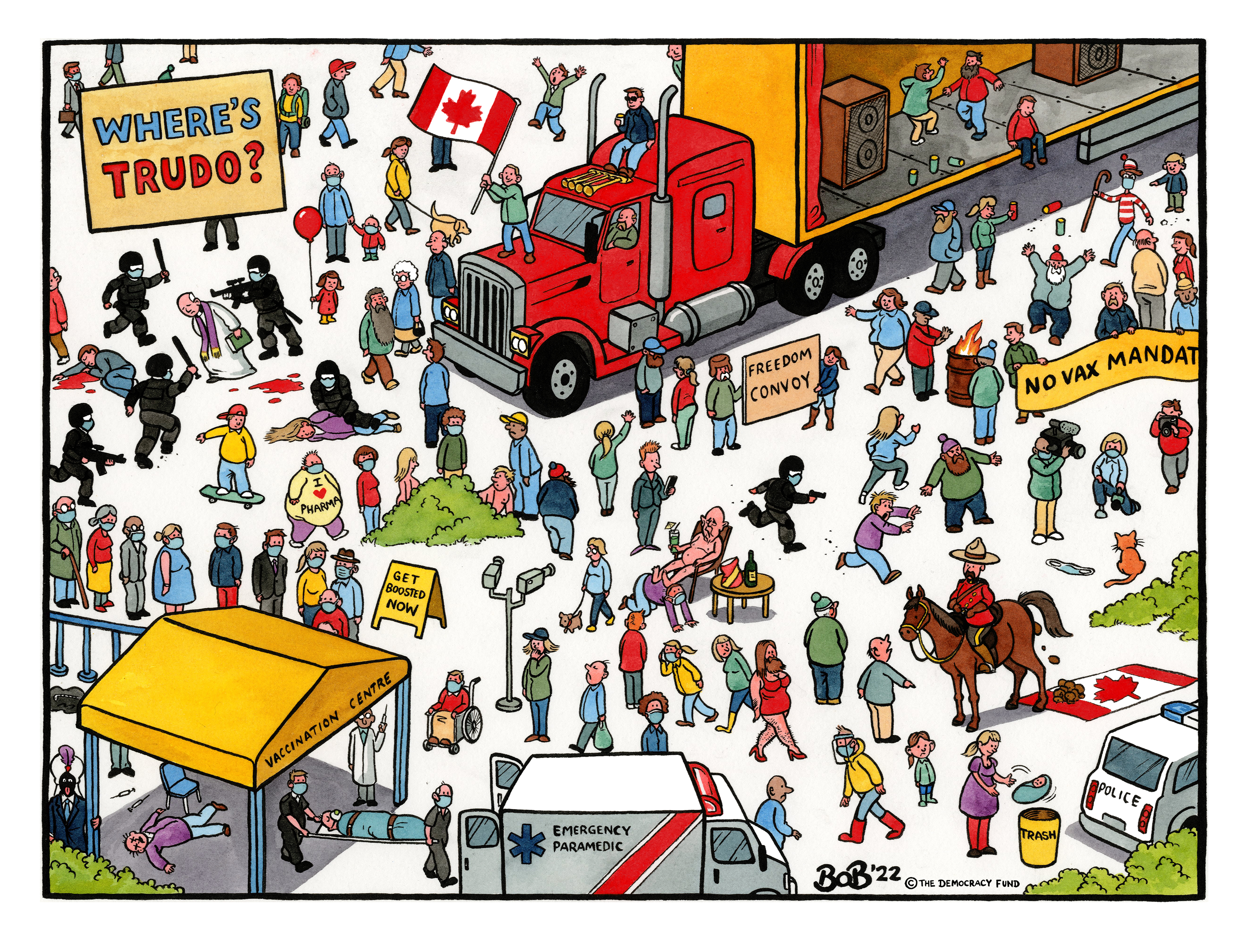 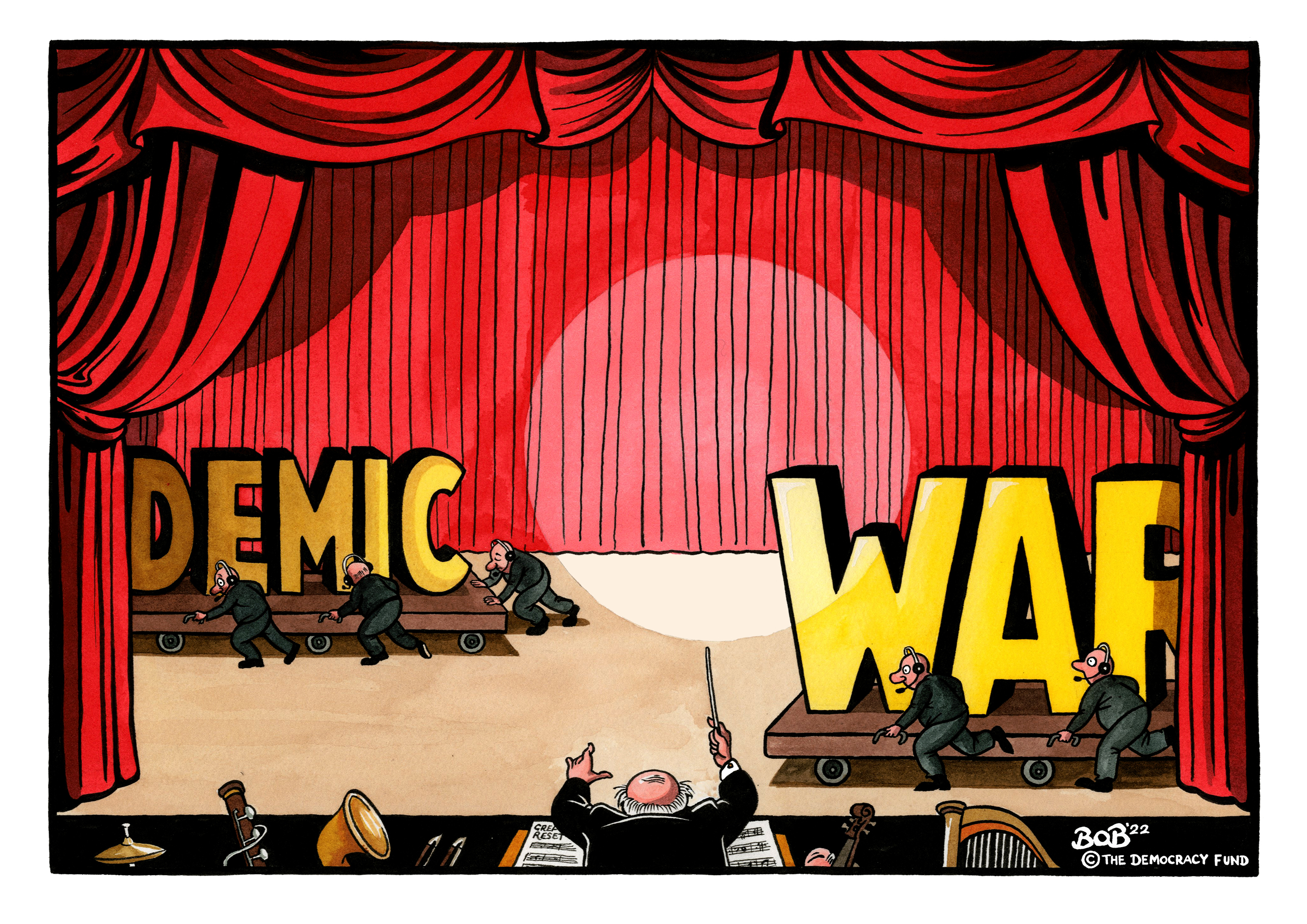 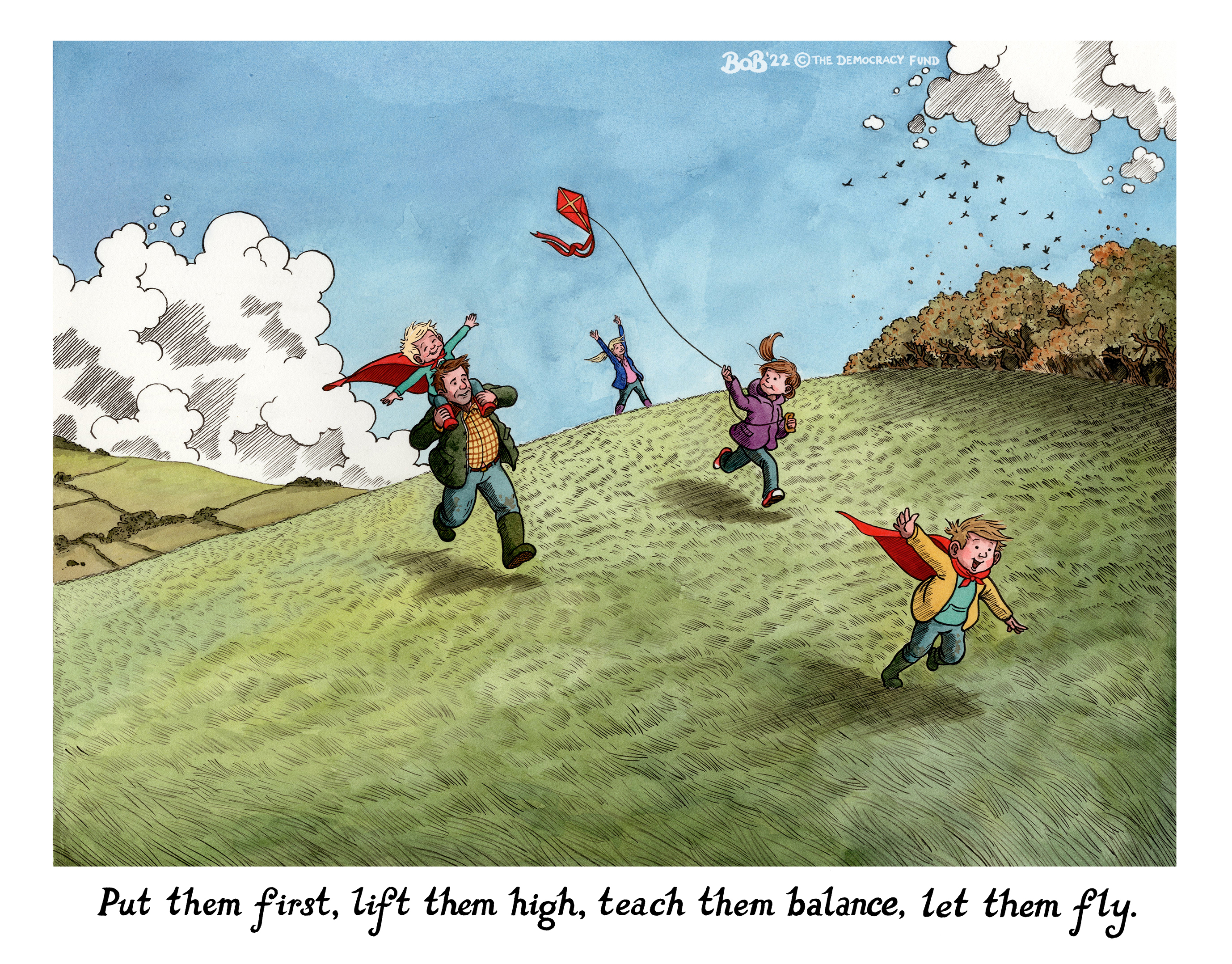 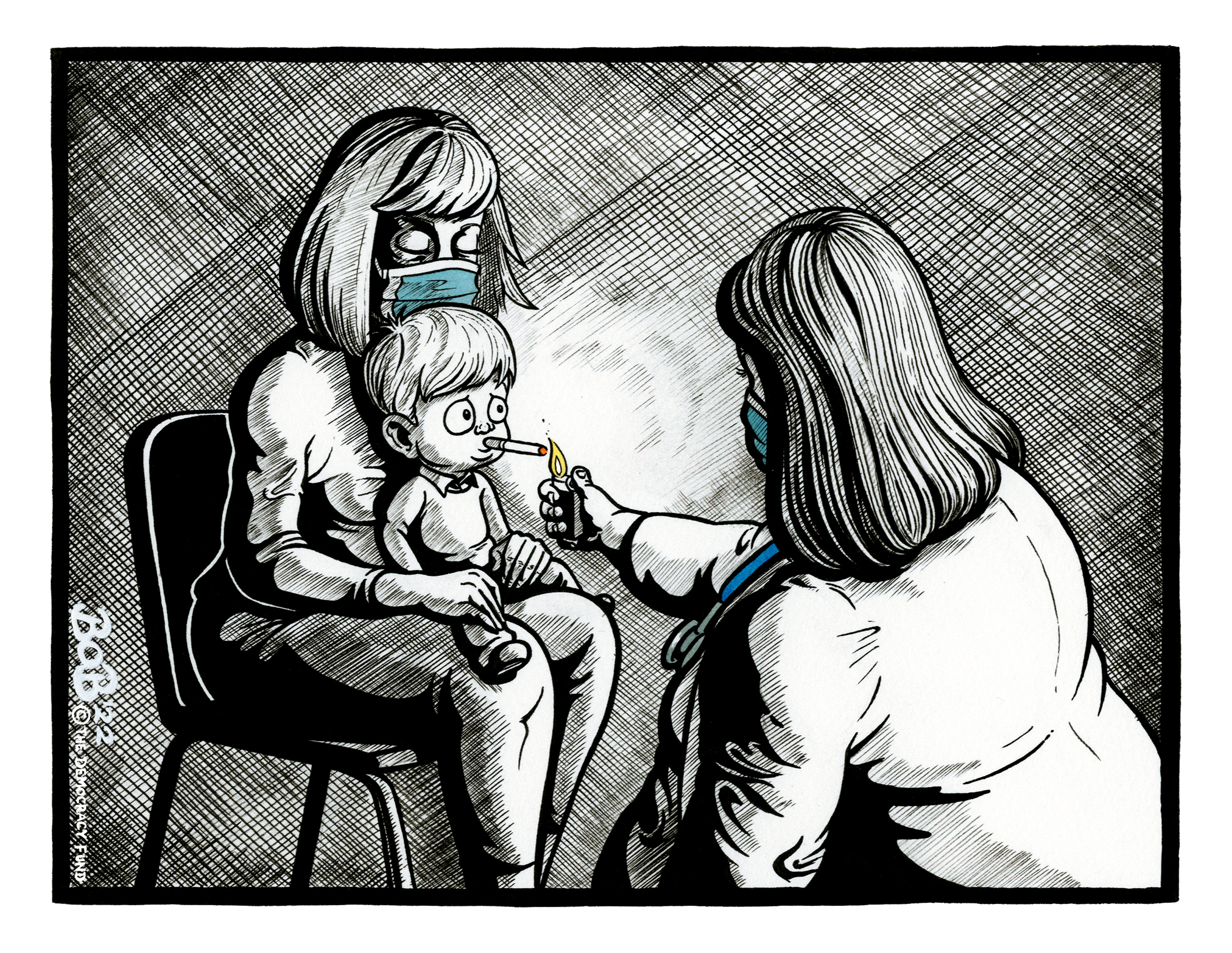 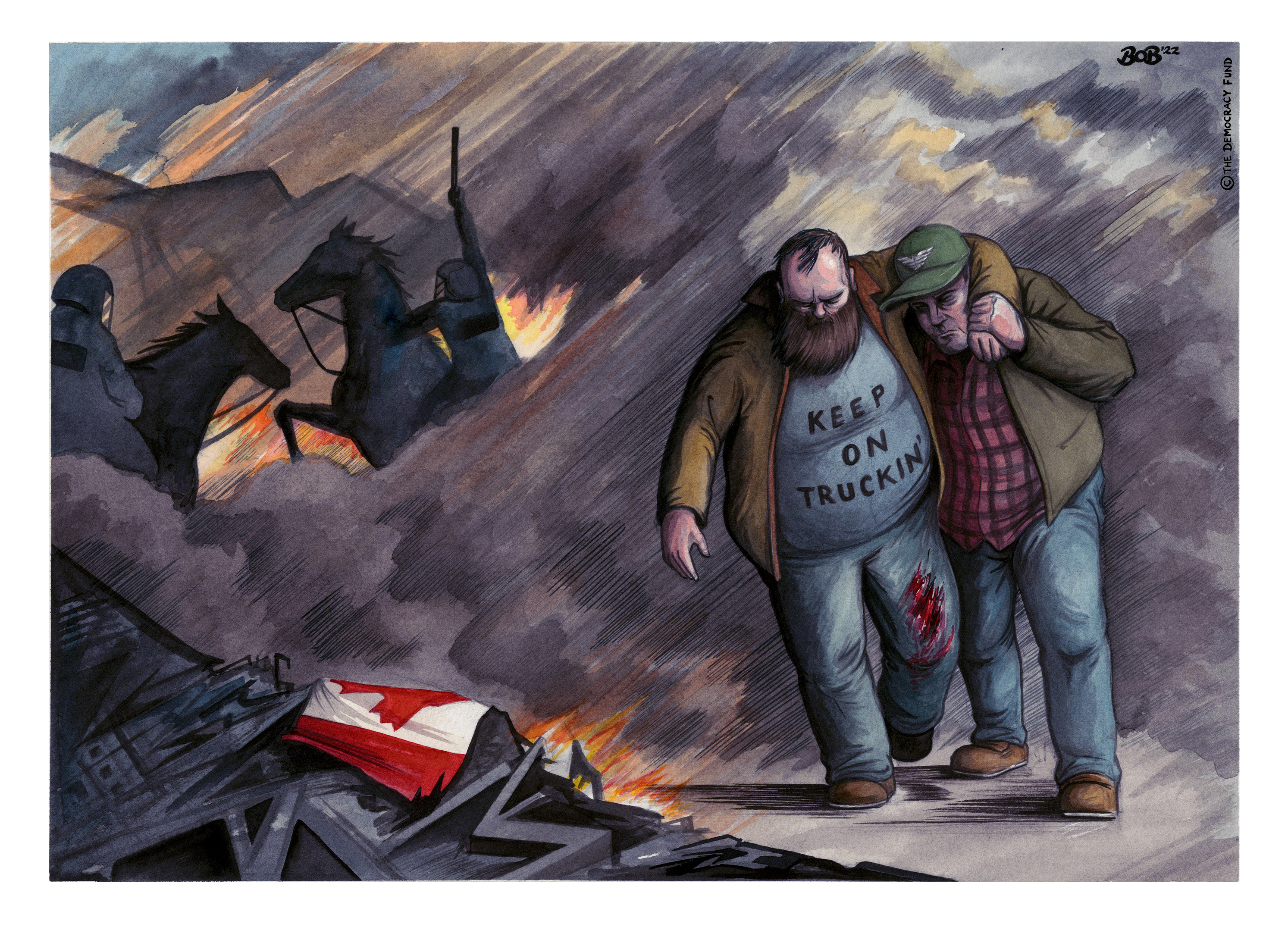 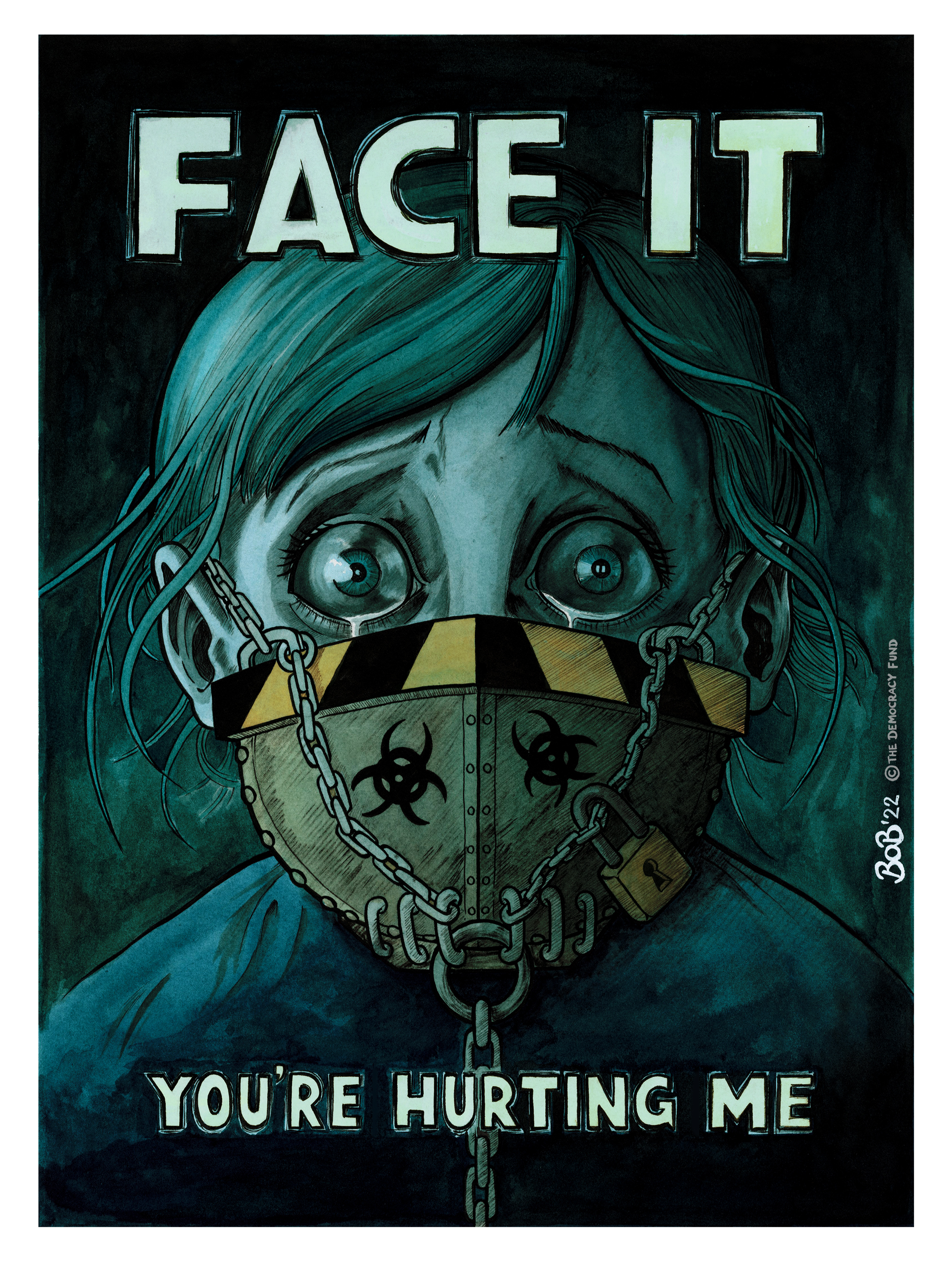 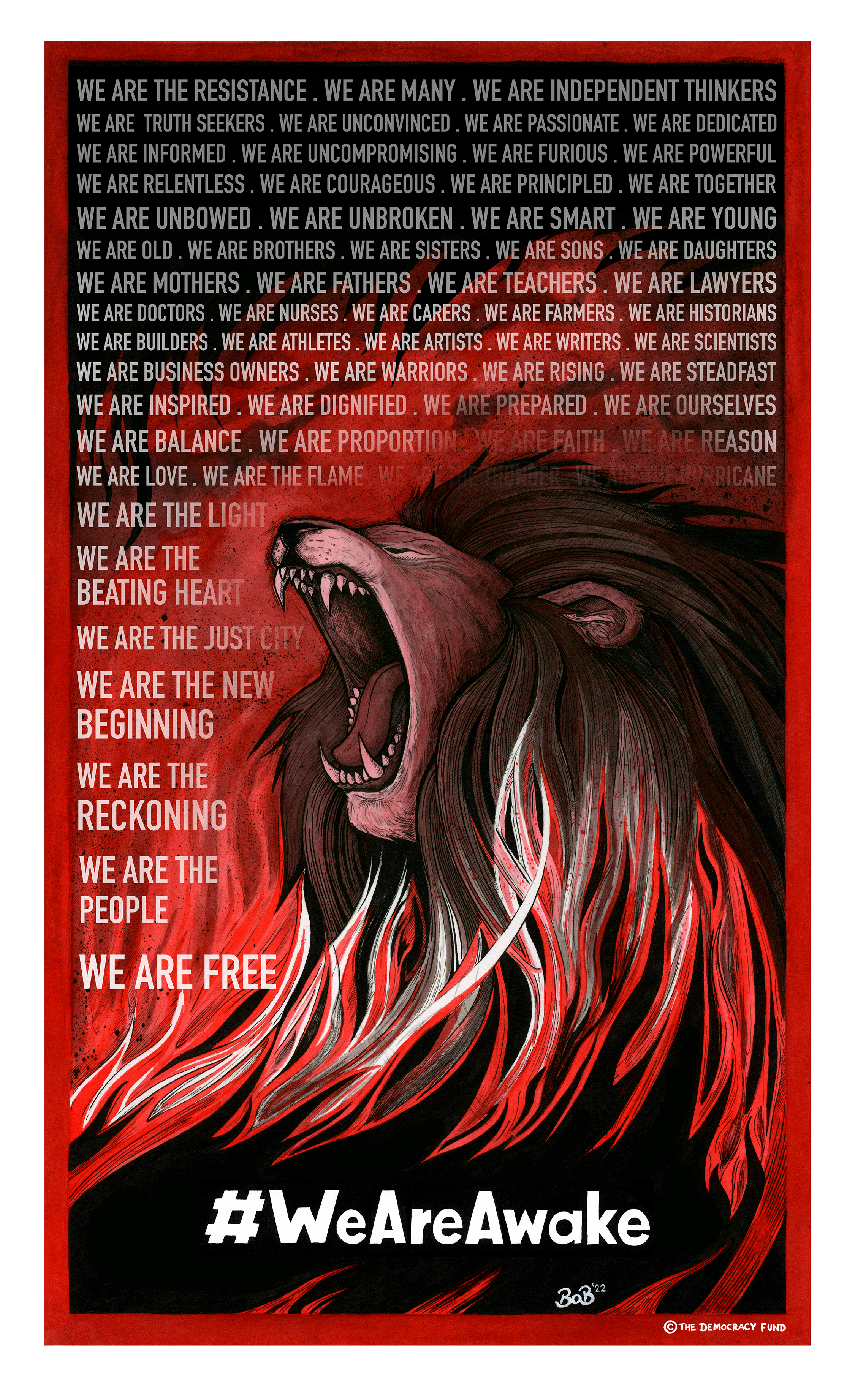 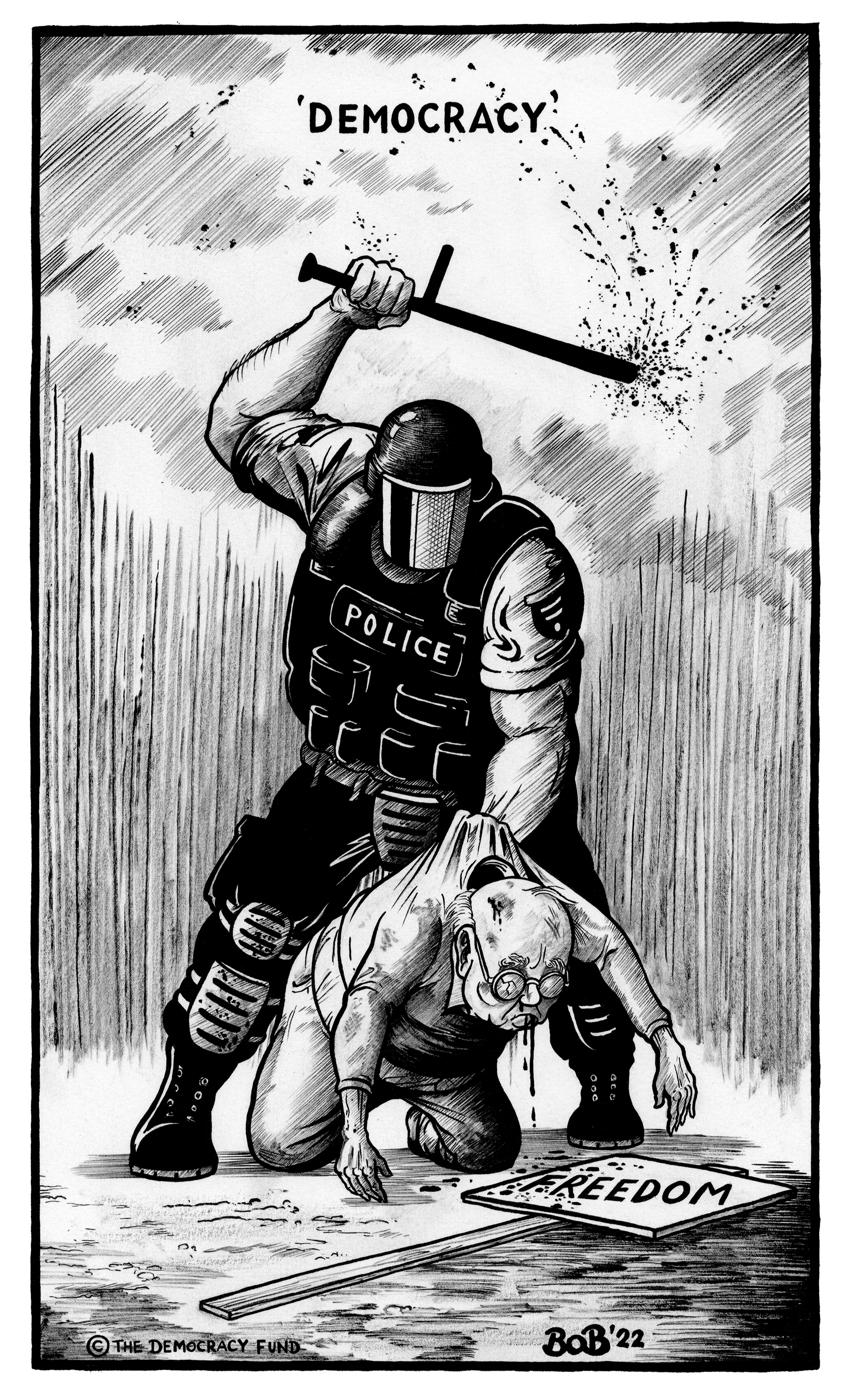 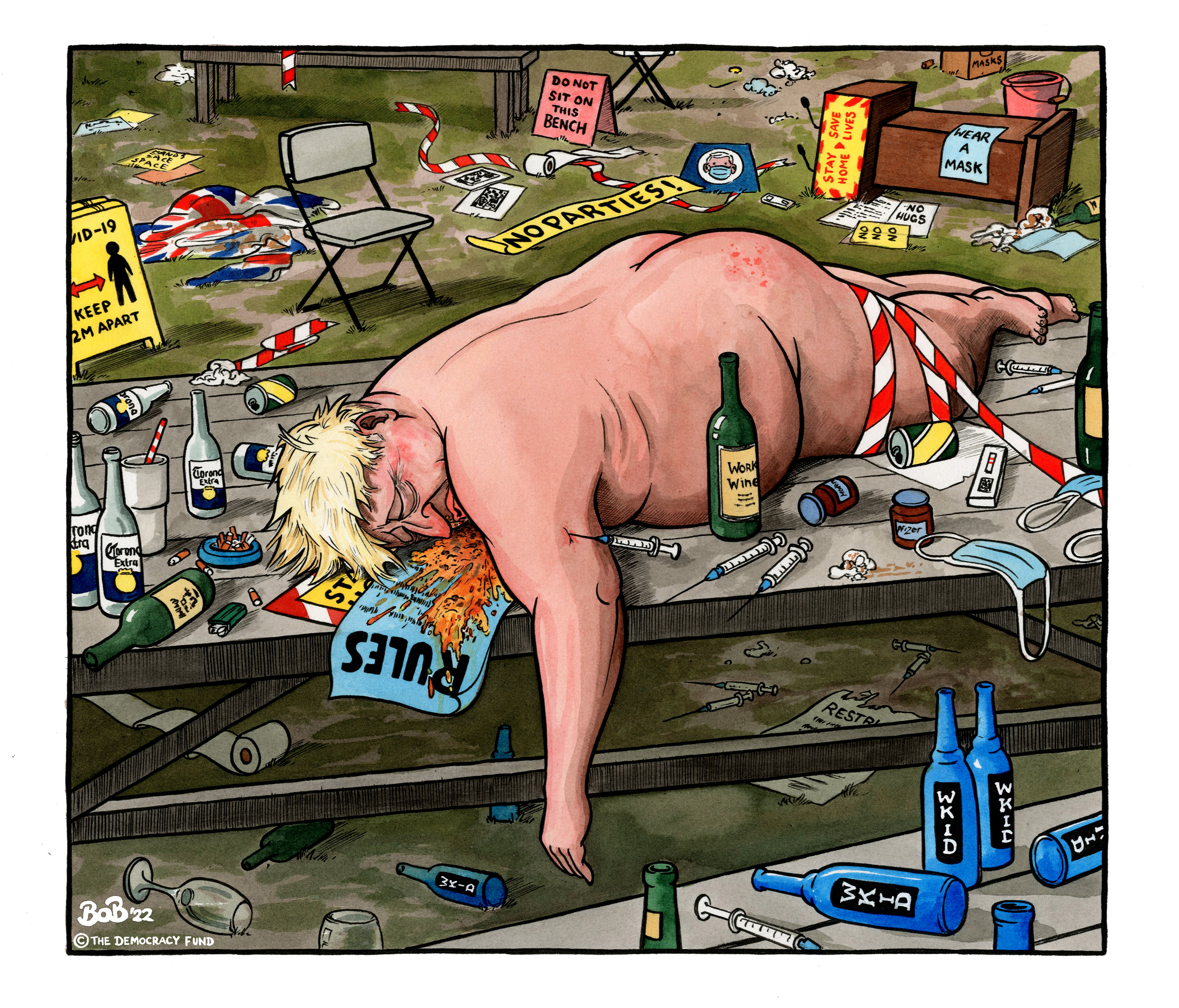 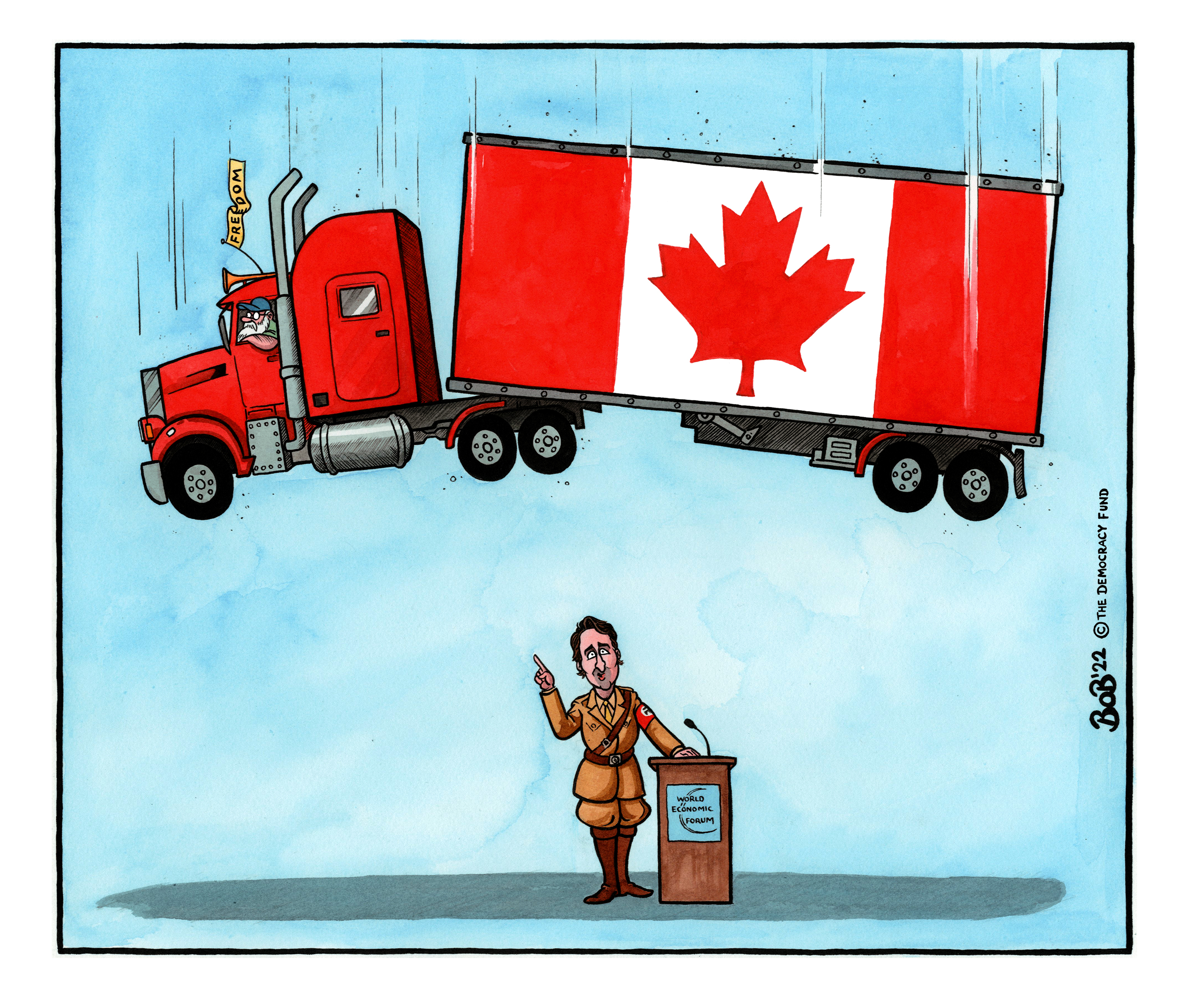 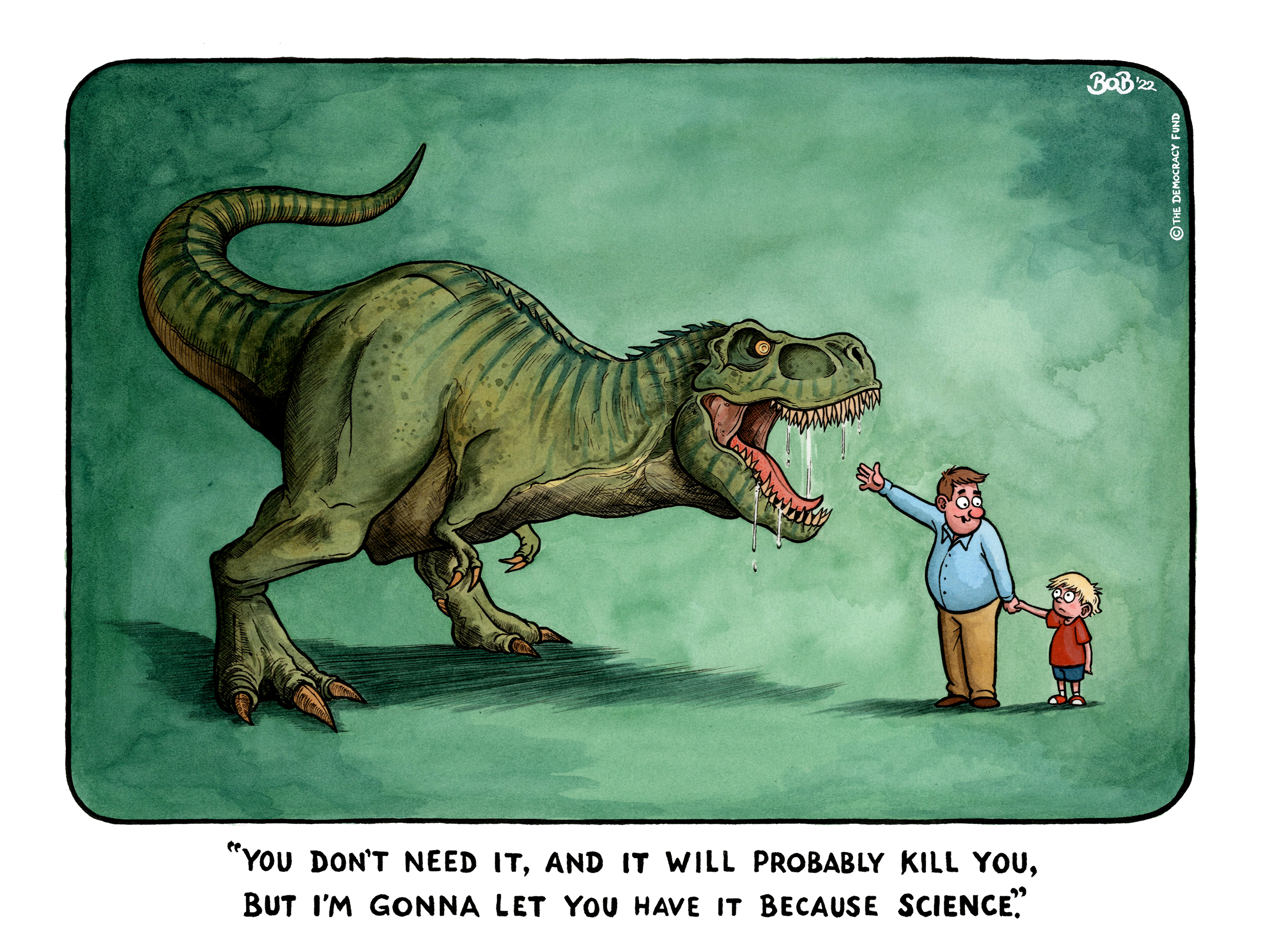 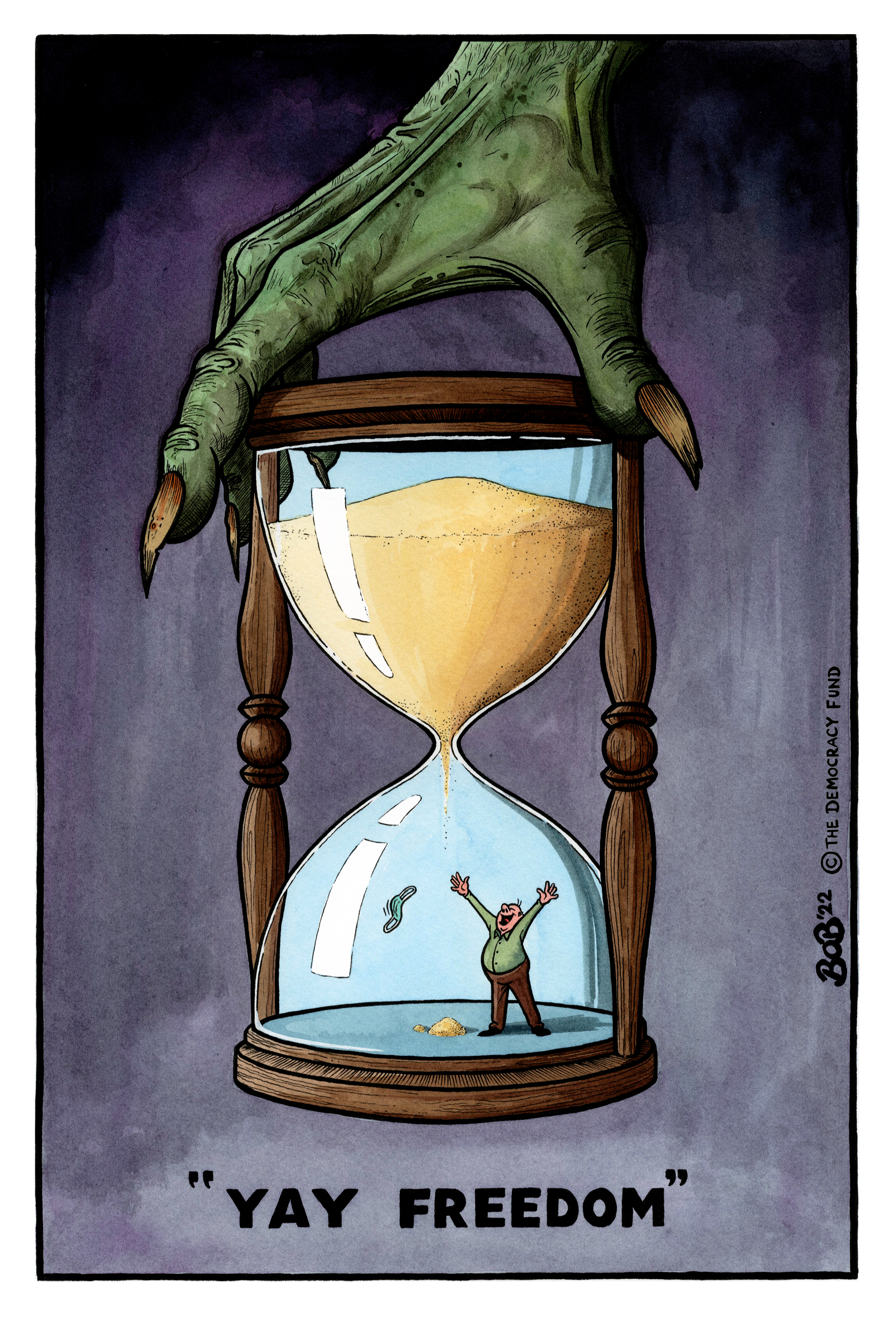 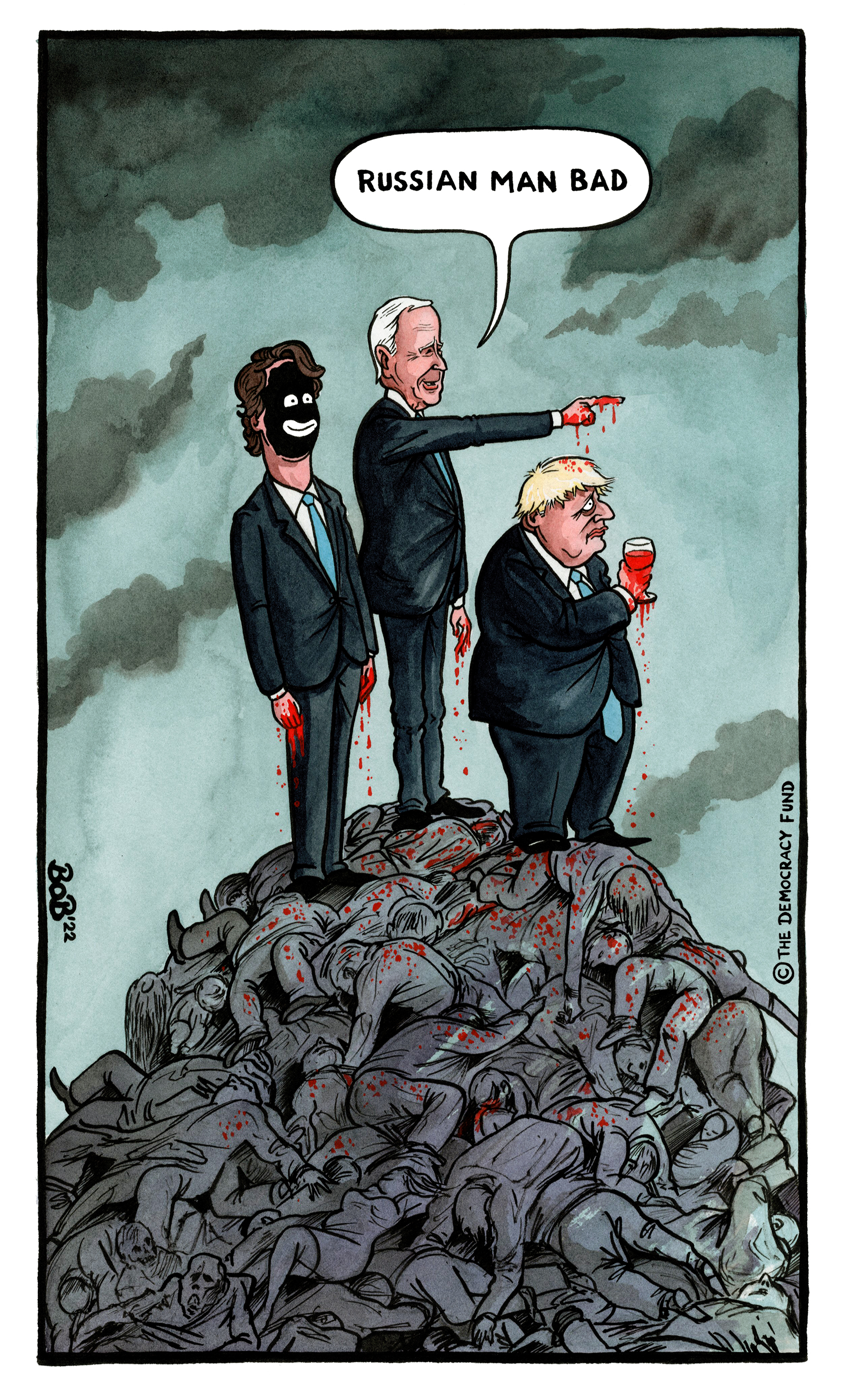 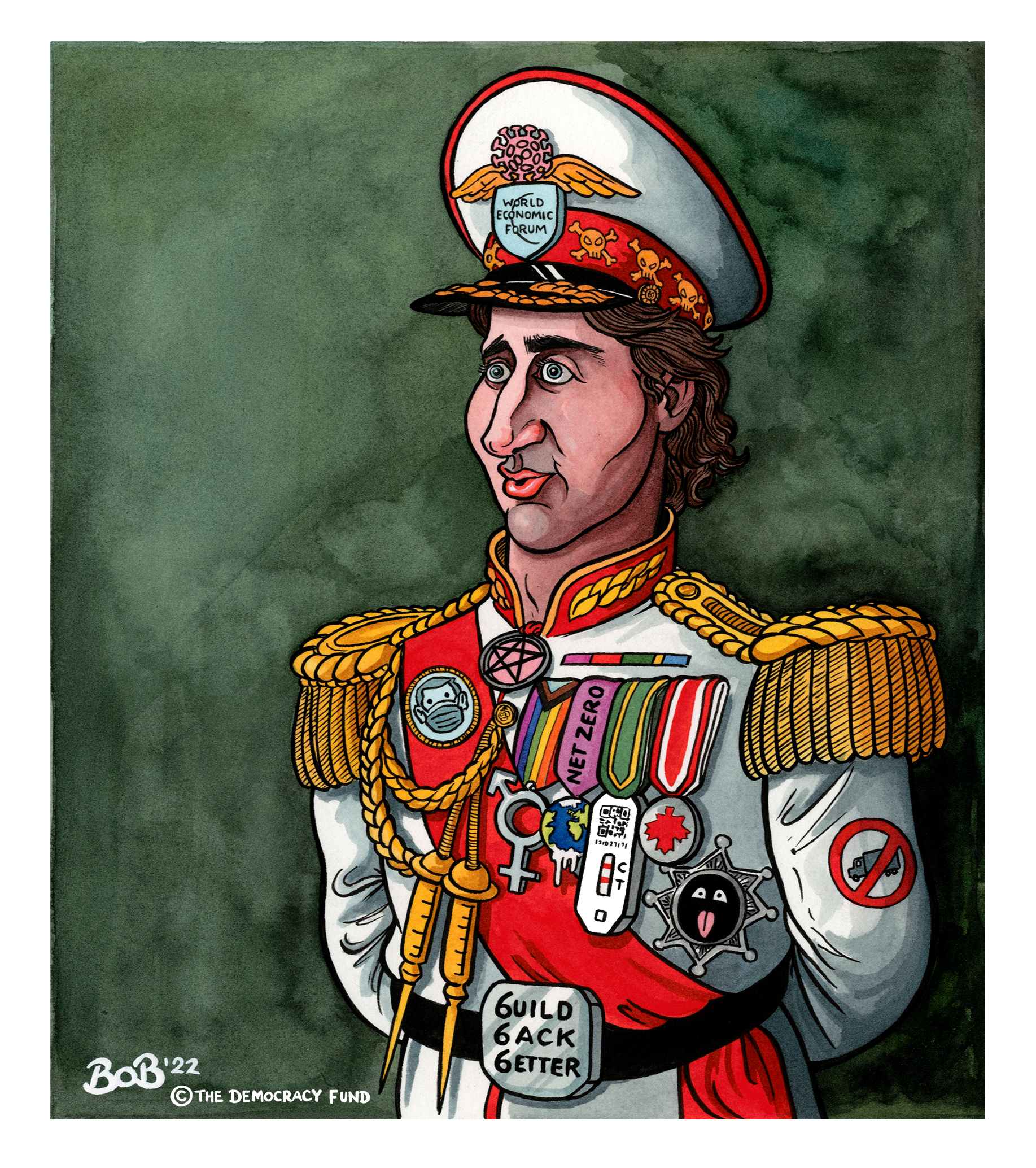 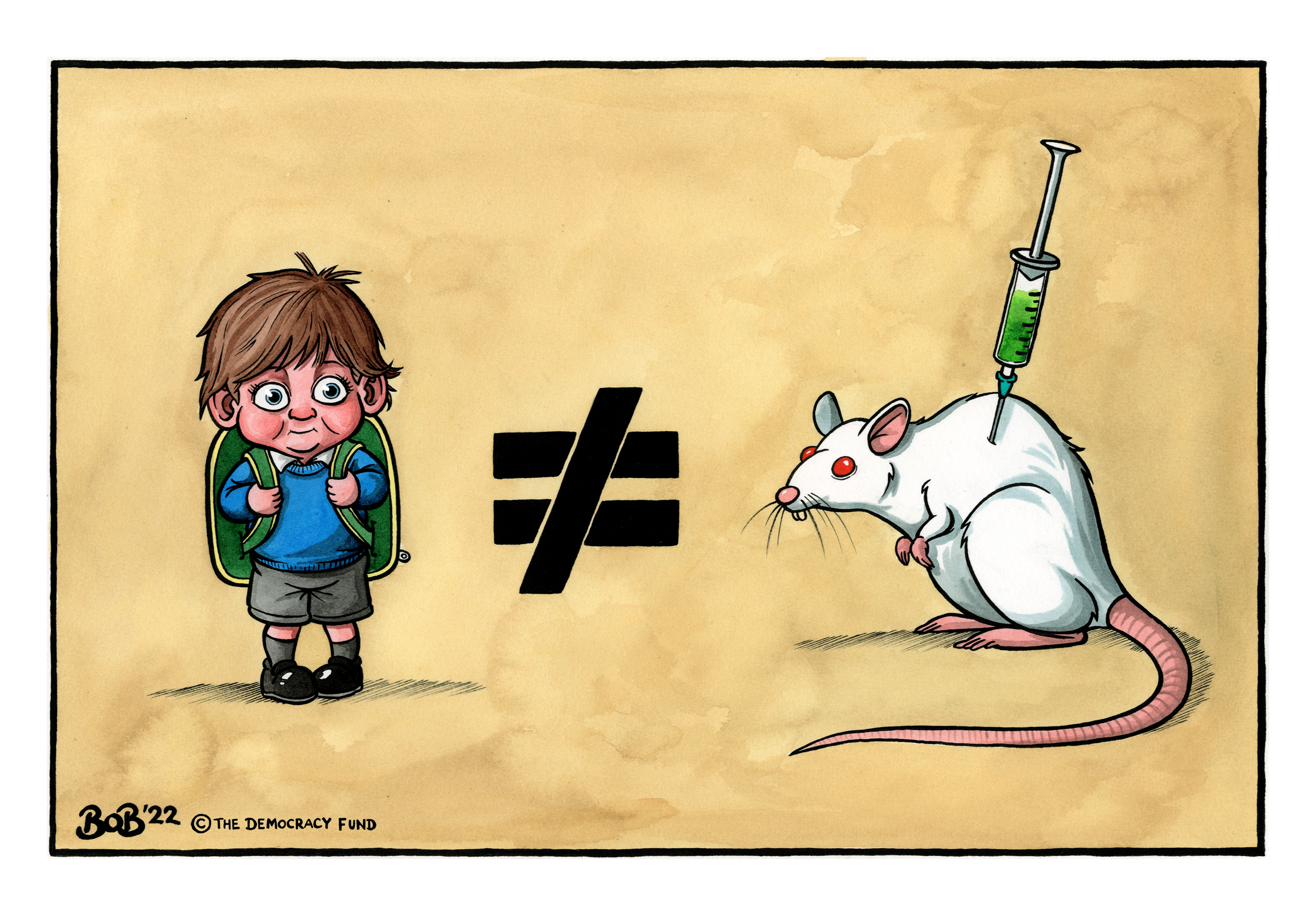 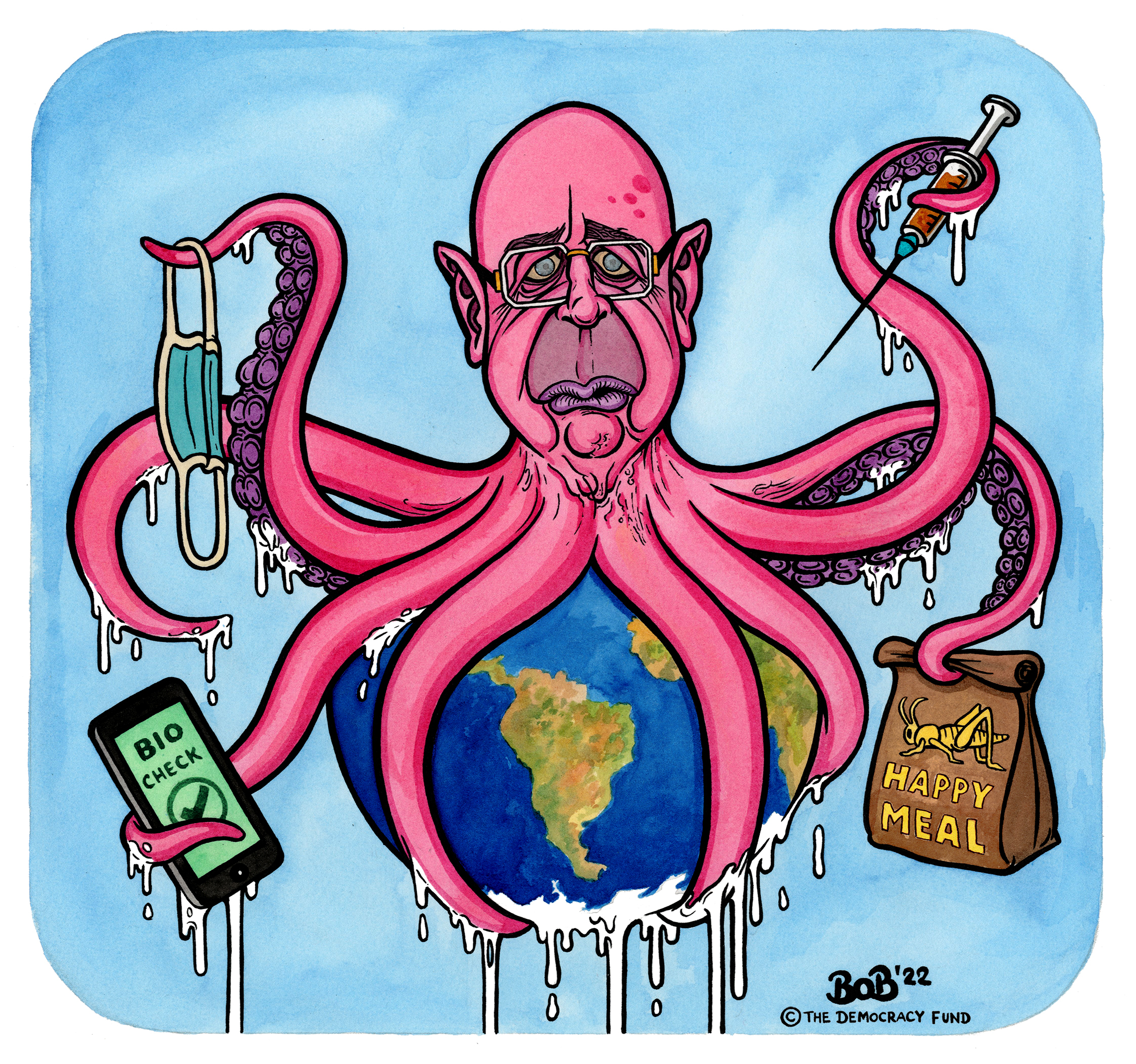 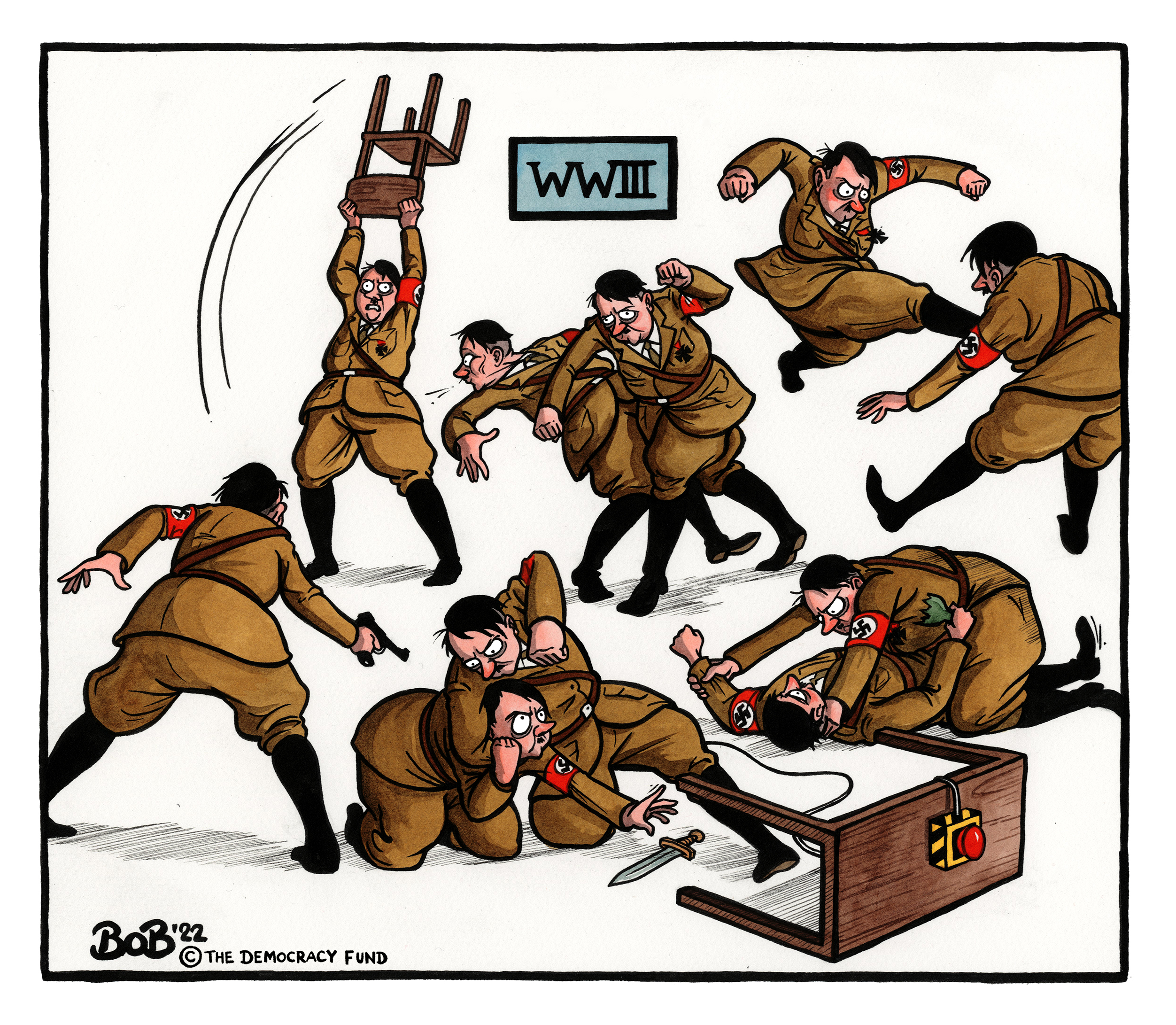 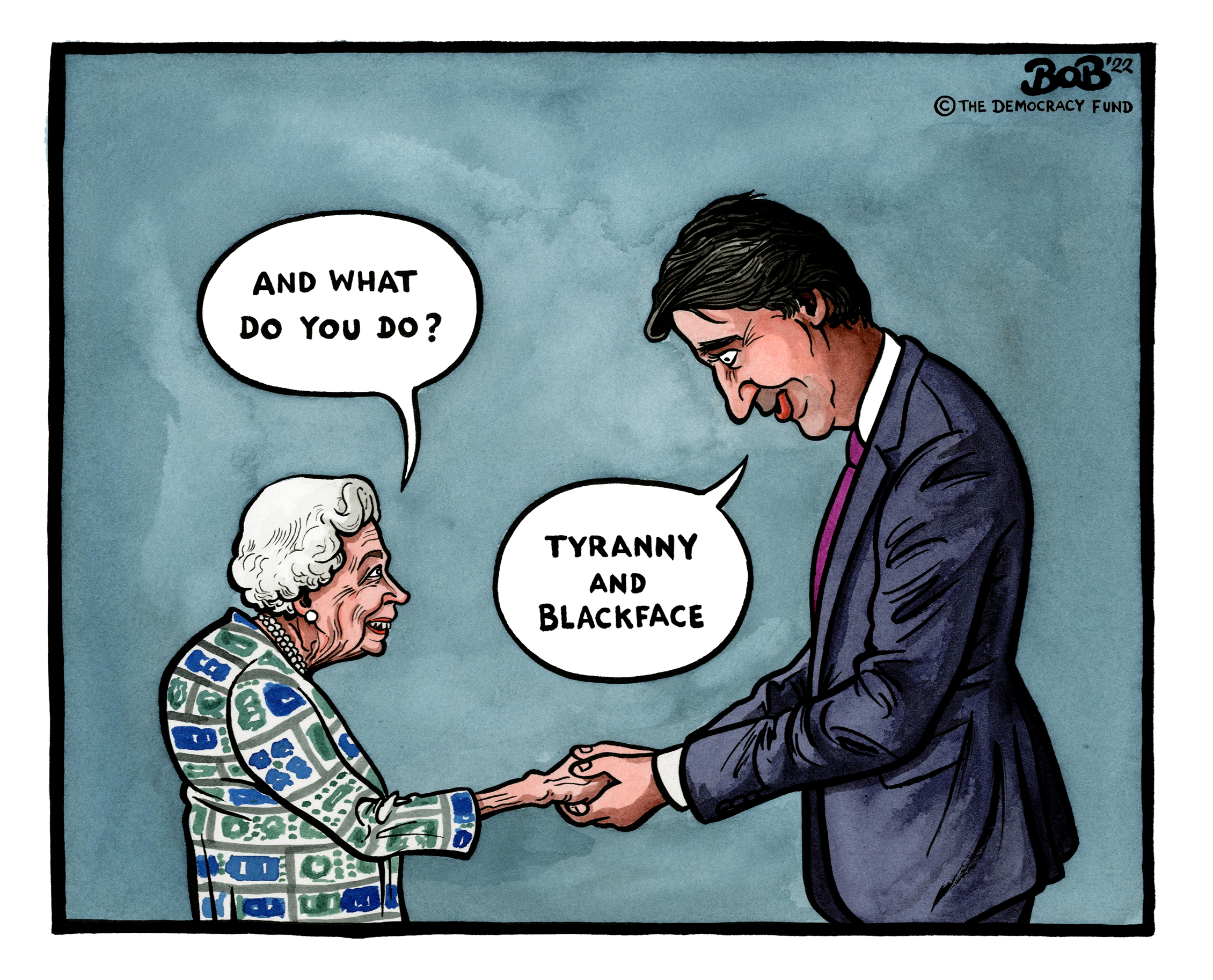 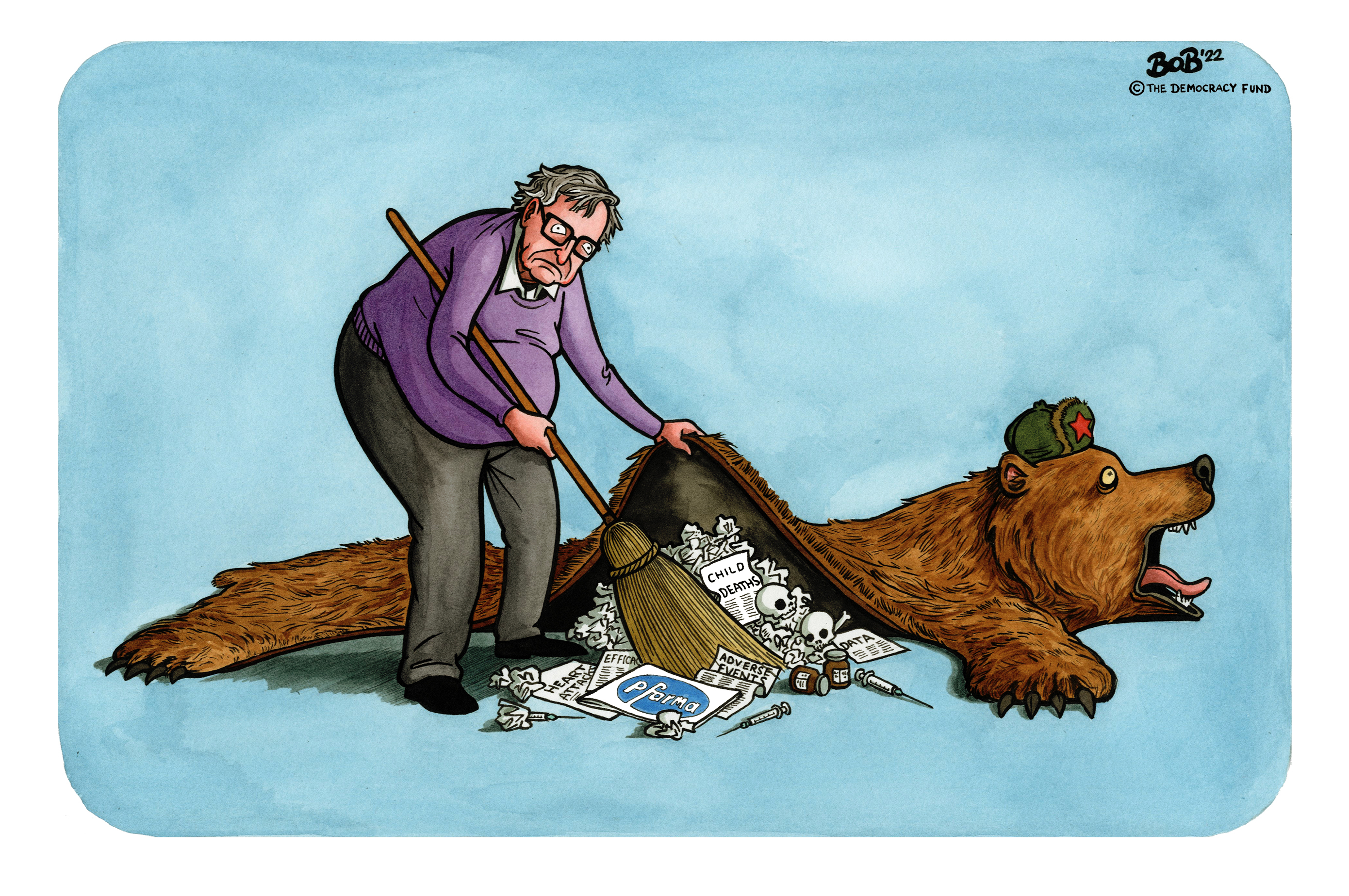 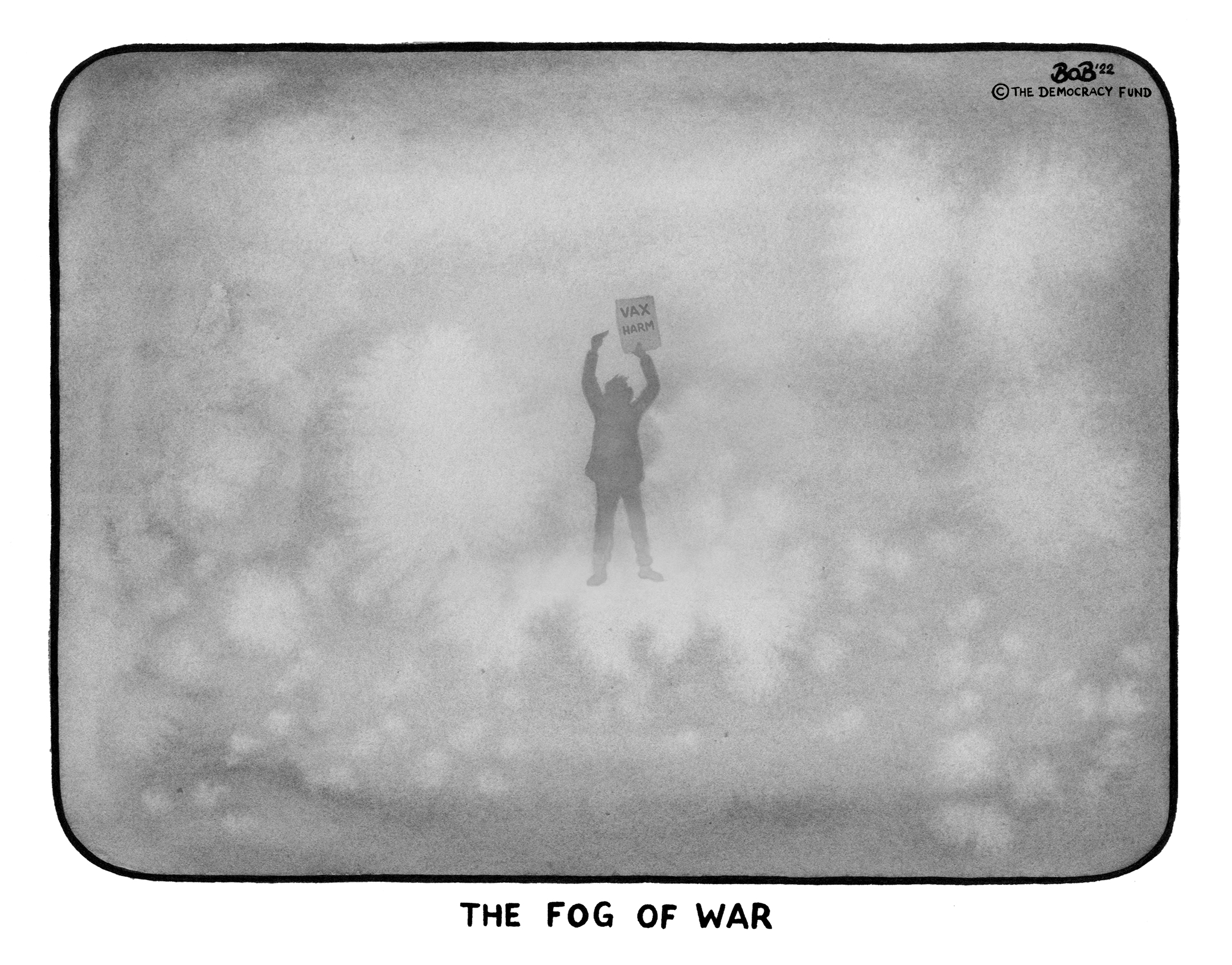 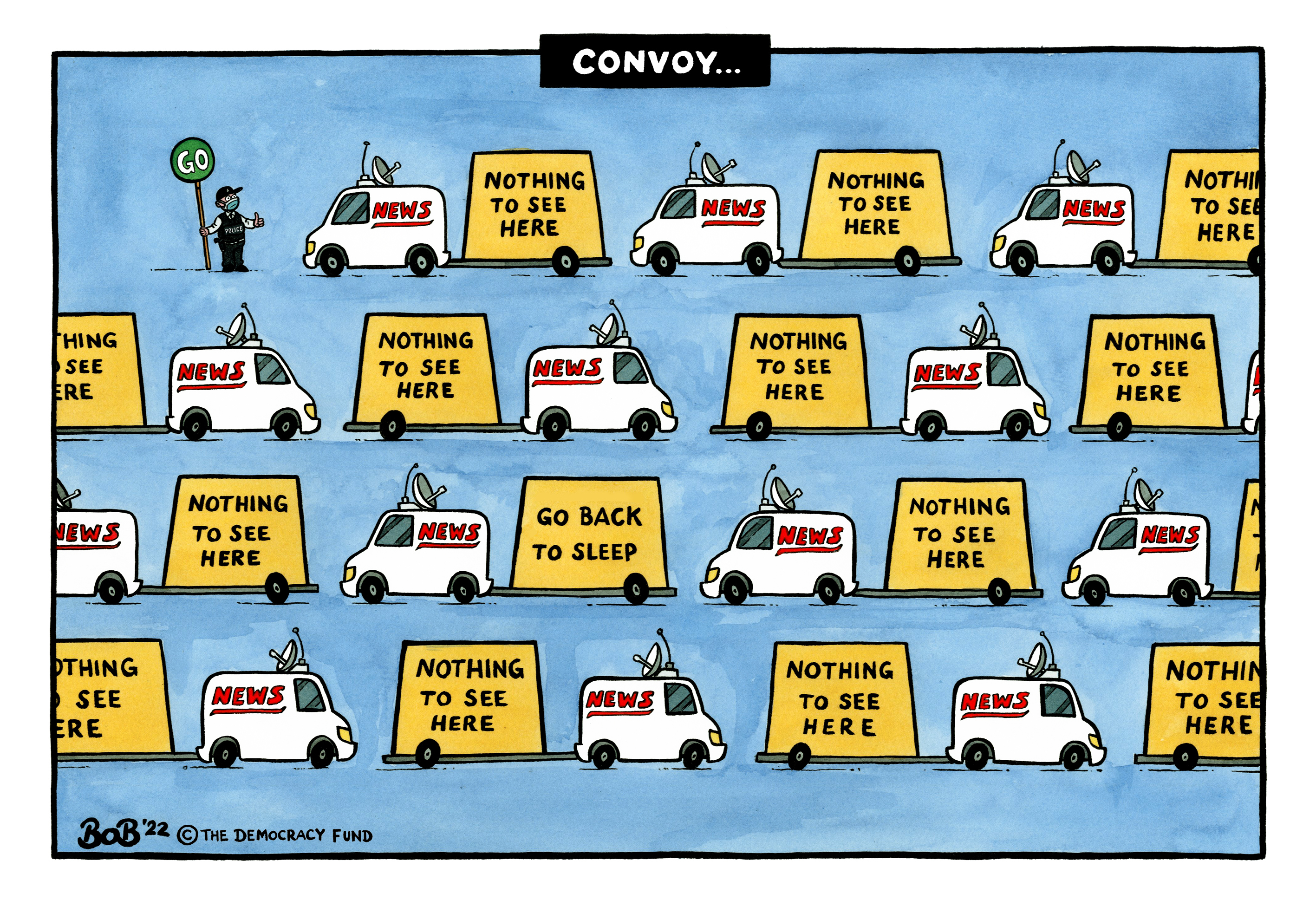 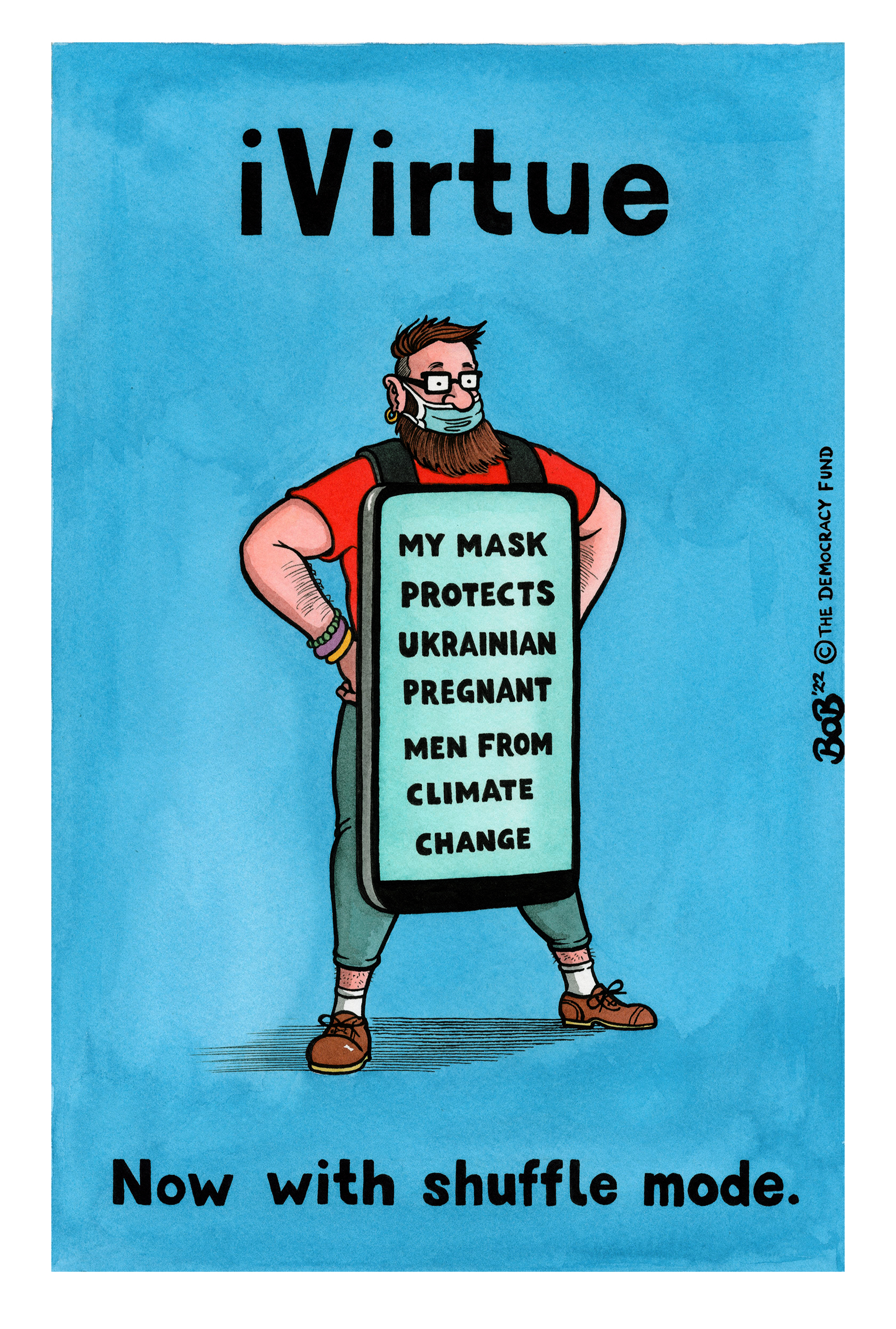 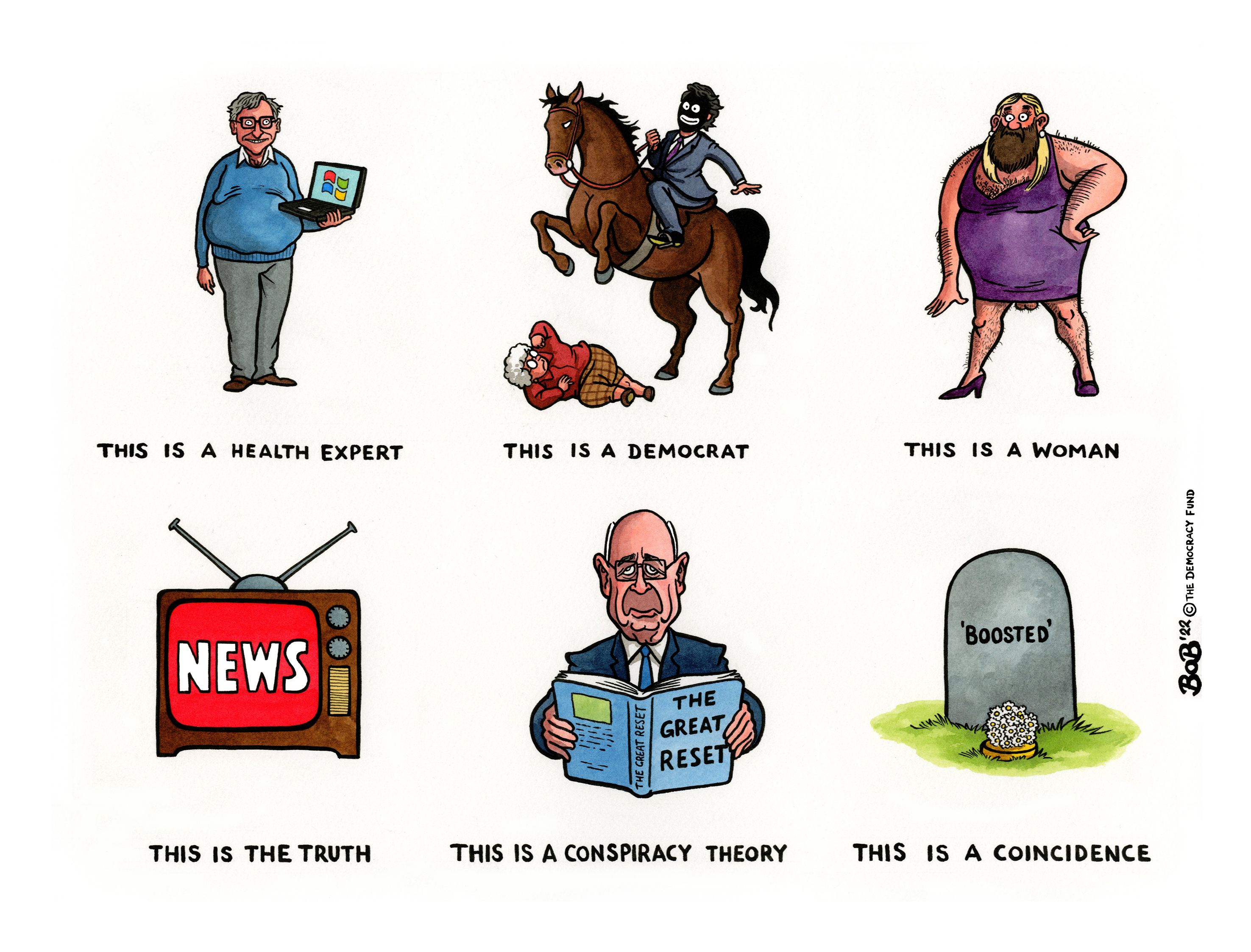 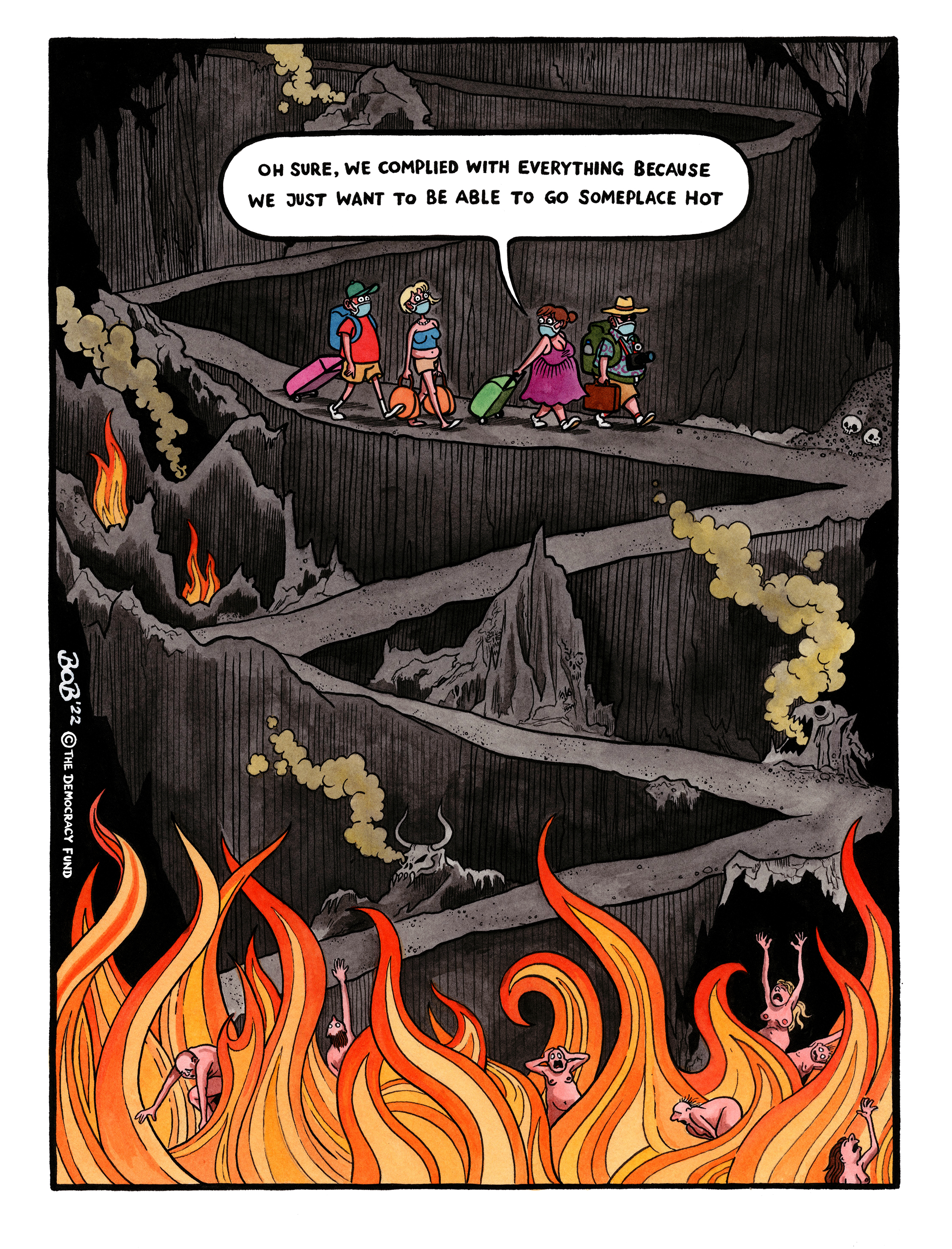 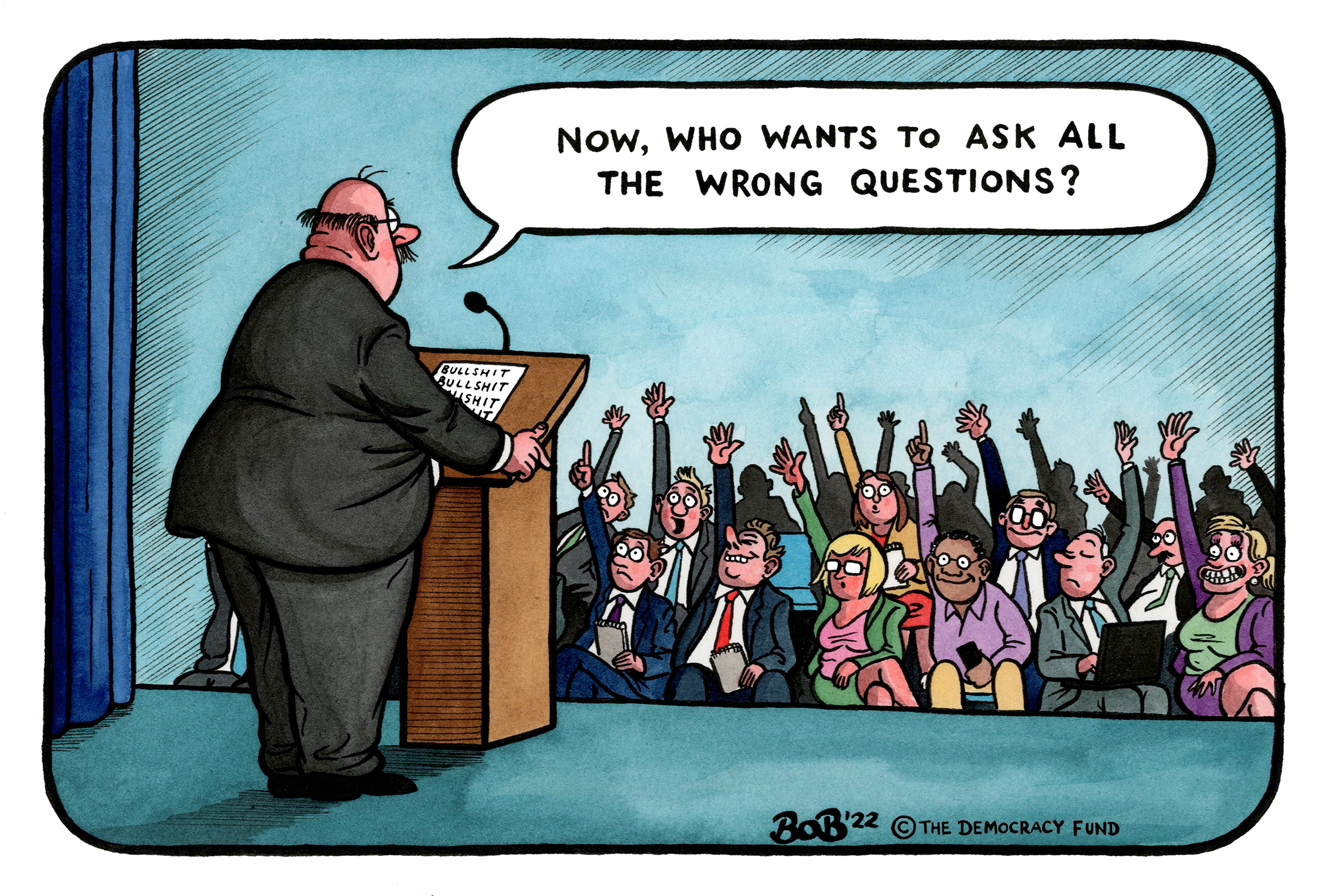 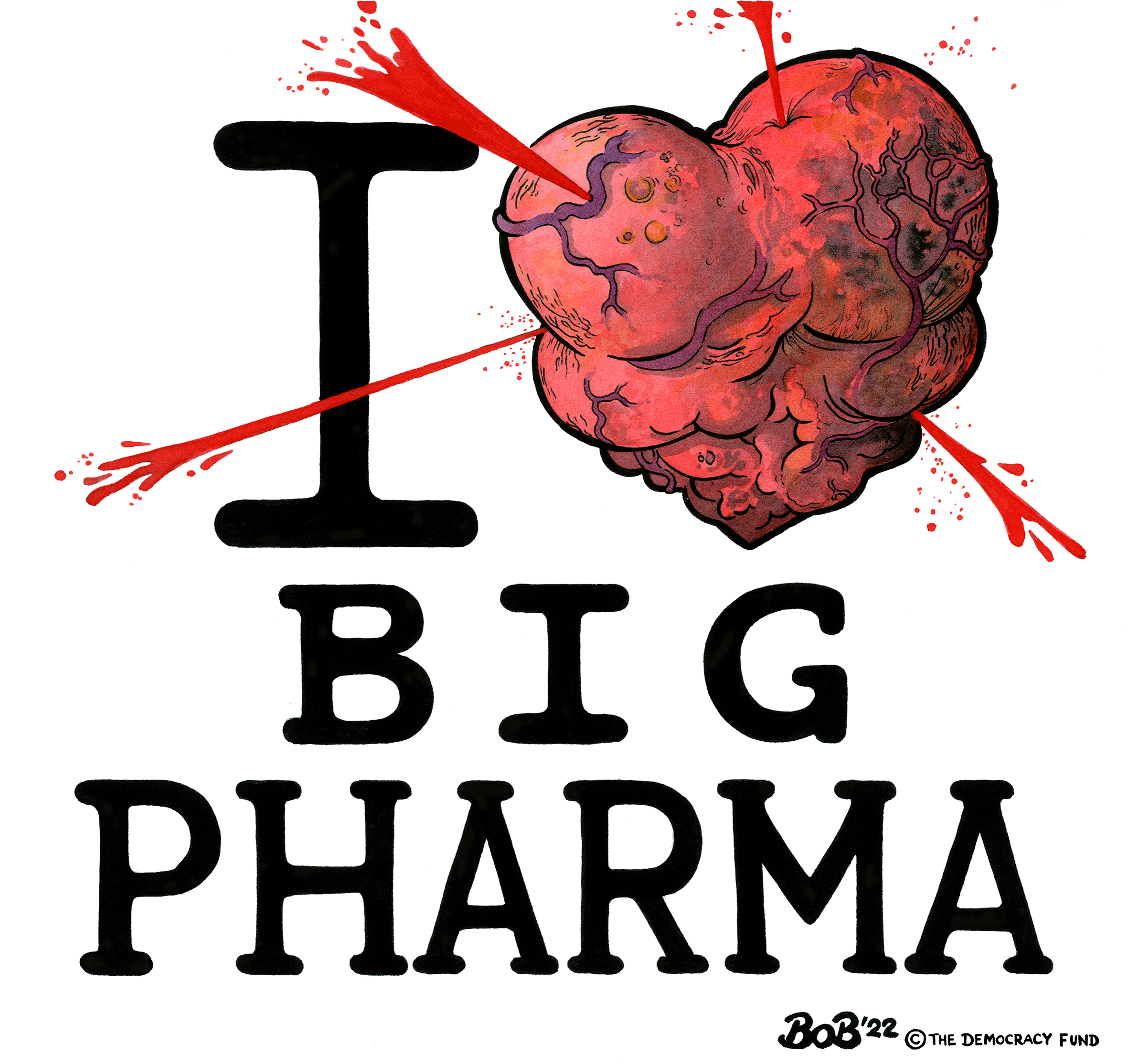 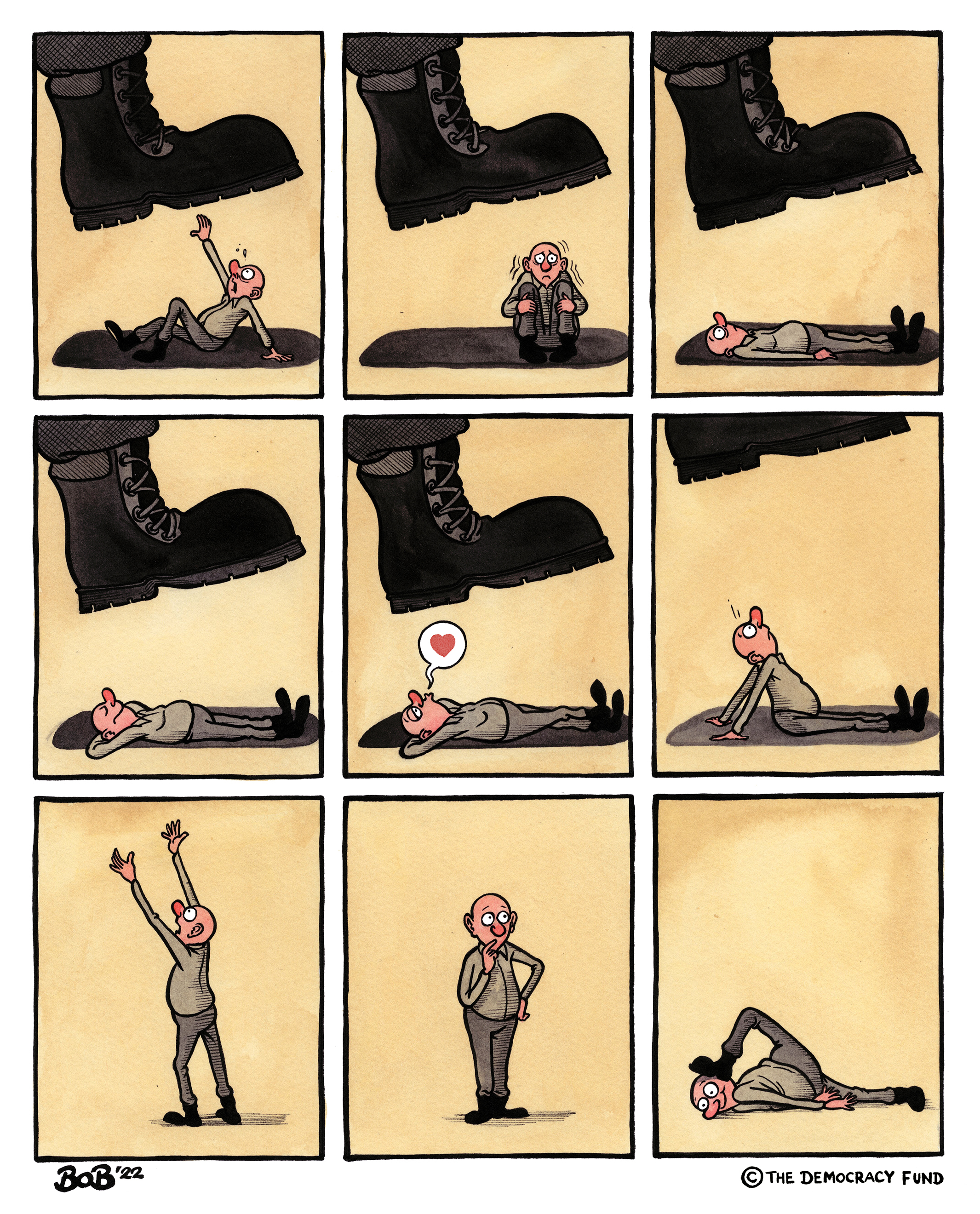 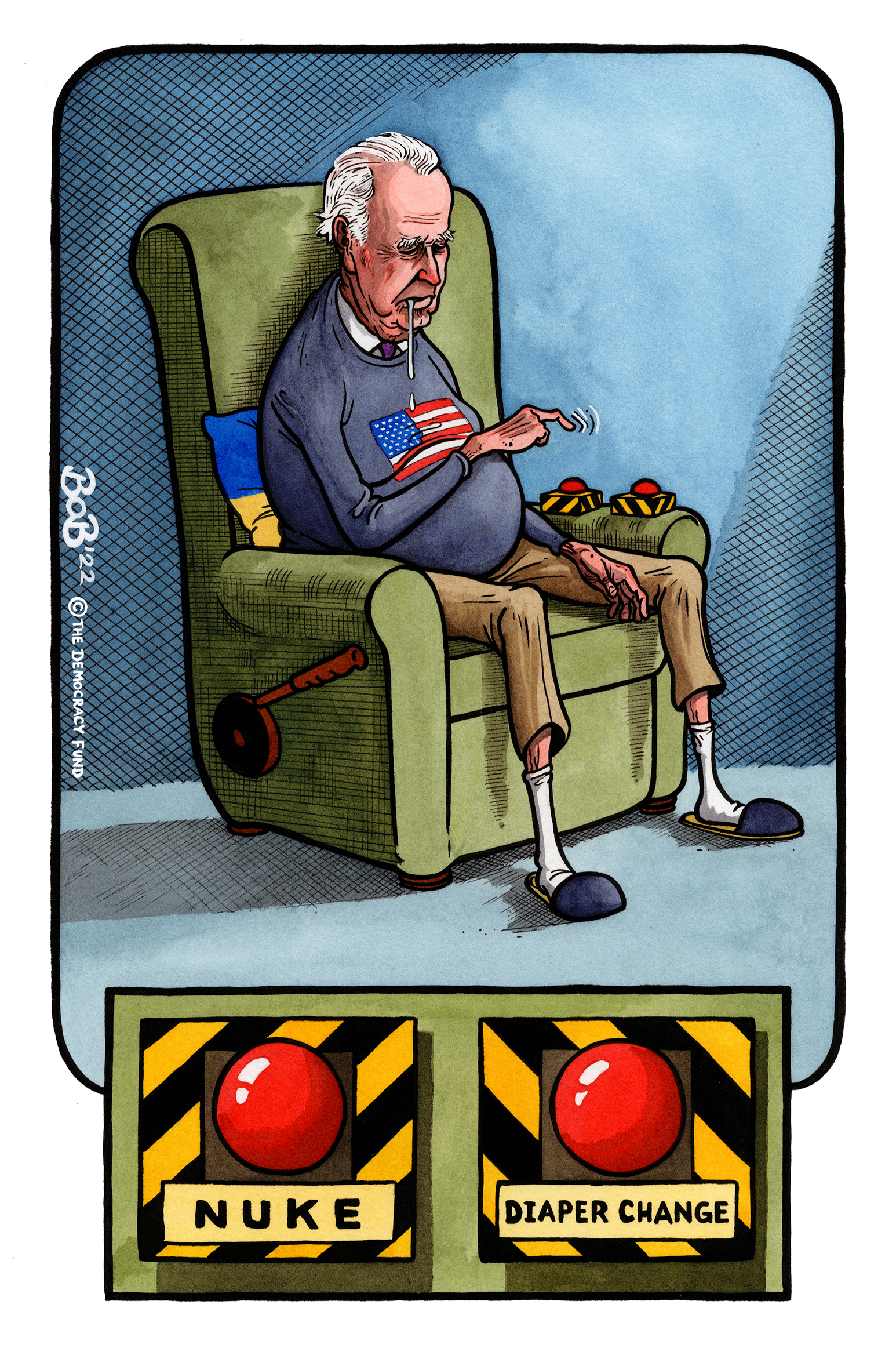 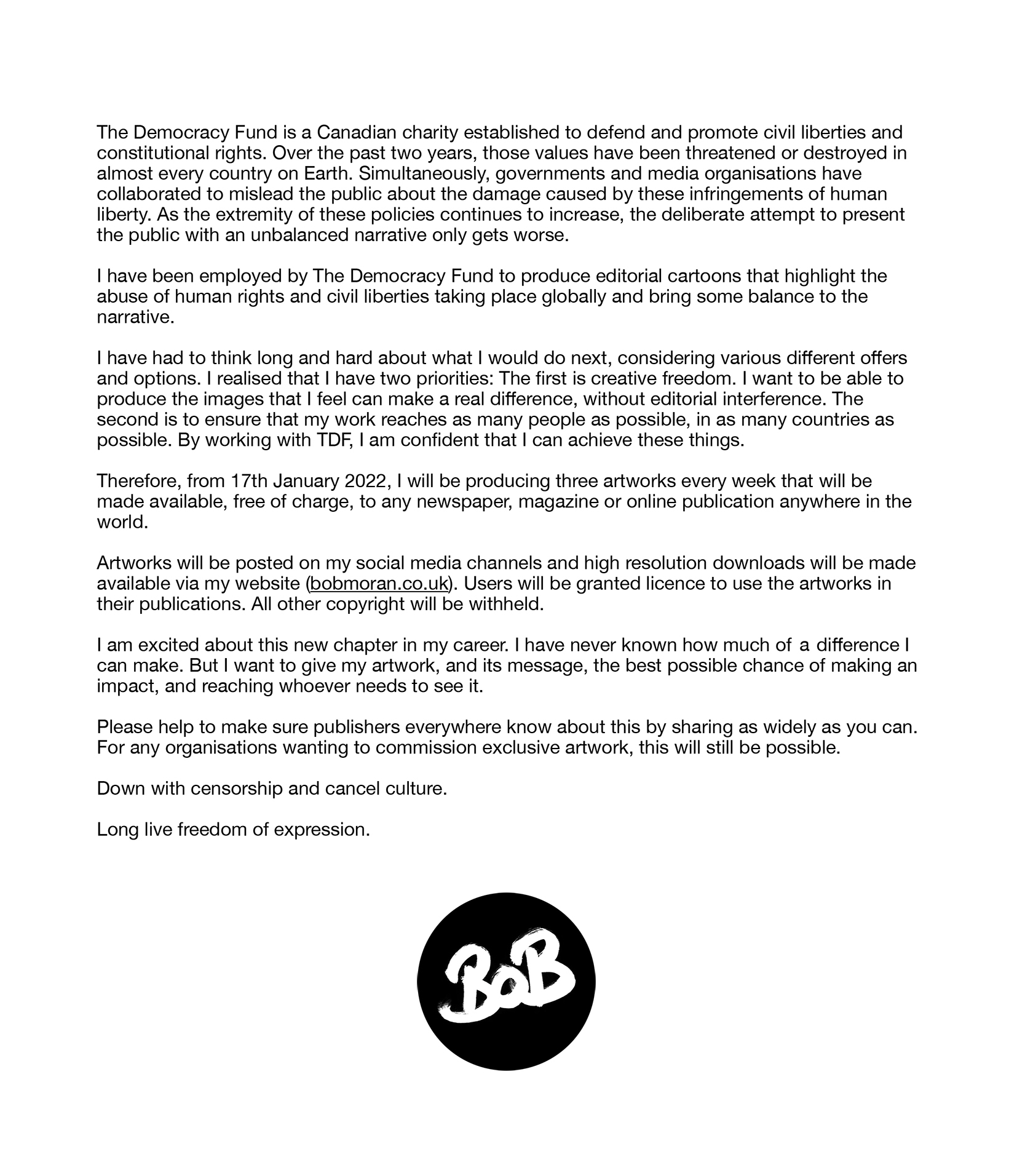 In 2020, as the Coronavirus crisis unfolded, Bob adopted a position of staunch opposition to all government measures and restrictions. He believed what was happening was immoral, unlawful and unnecessary. Through his cartoons, he asked people to contemplate the inevitable consequences of how governments around the world were behaving. In particular, he tried to highlight the horrific impact on children and the future society being created for them.

In January 2022 Bob began working for The Democracy Fund, a Canadian charity that defends and promotes civil liberties and constitutional rights. This gave Bob the creative freedom he needed and he hopes his artwork can reach as many people as possible, in as many countries as possible. Bob produces three artworks every week that are available to download, free of charge, to any newspaper, magazine or online publication anywhere in the world.

During a very dark period for humanity, Bob seeks to create powerful imagery that brings hope and reassurance to the oppressed, in defiance of their oppressors. At a time when so many appear to have forgotten the things that give life meaning, he is determined to help them remember.