The History of Civil Liberties in Canada with Rex Murphy 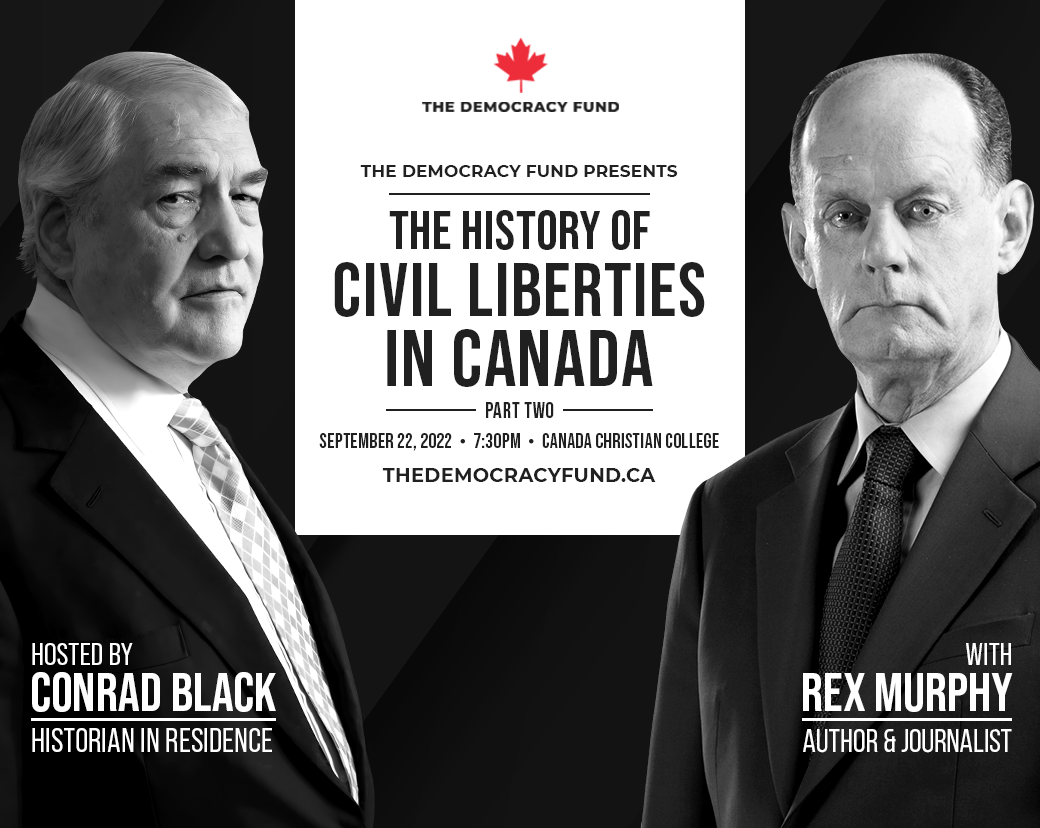 The Democracy Fund (TDF) hosted another very special evening on The History of Civil Liberties in Canada with our Historian in Residence, Conrad Black, featuring acclaimed guest speaker, author and journalist, Rex Murphy.

This event was the second episode in our limited series on The History of Civil Liberties in Canada, in which the esteemed Conrad Black discussed with guest Rex Murphy the topic of civil liberties in Canada from both a present-day and historical perspective focusing on the issue of constitutional rights and freedoms in Canada.

About Rex Murphy:
Rex Murphy is an acclaimed commentator, author and Rhodes Scholar, who currently writes a regular column for the National Post. He was a frequent guest on CBC’s The National, as well as host of CBC Radio One’s Cross Country Checkup, a nationwide call-in show for 21 years. Born and raised in St. John’s, Newfoundland, he graduated from Memorial University and later attended Oxford University. He has received numerous broadcasting awards and honorary doctorates in letters by Memorial University, St. Thomas University, and Nipissing University, and an honorary doctorate in laws by the University of Waterloo.

About Conrad Black:
Conrad Black is a financier and an esteemed columnist, writer, radio and television commentator, who is well known for creating a media legacy and one of the world’s largest newspaper companies, Hollinger International. He was also founder of Canada’s National Post and has written books on Canadian and American history, as well as acclaimed biographies of figures such as former premier of Quebec, Maurice Duplessis, and US presidents Franklin D. Roosevelt, Richard Nixon and Donald Trump.