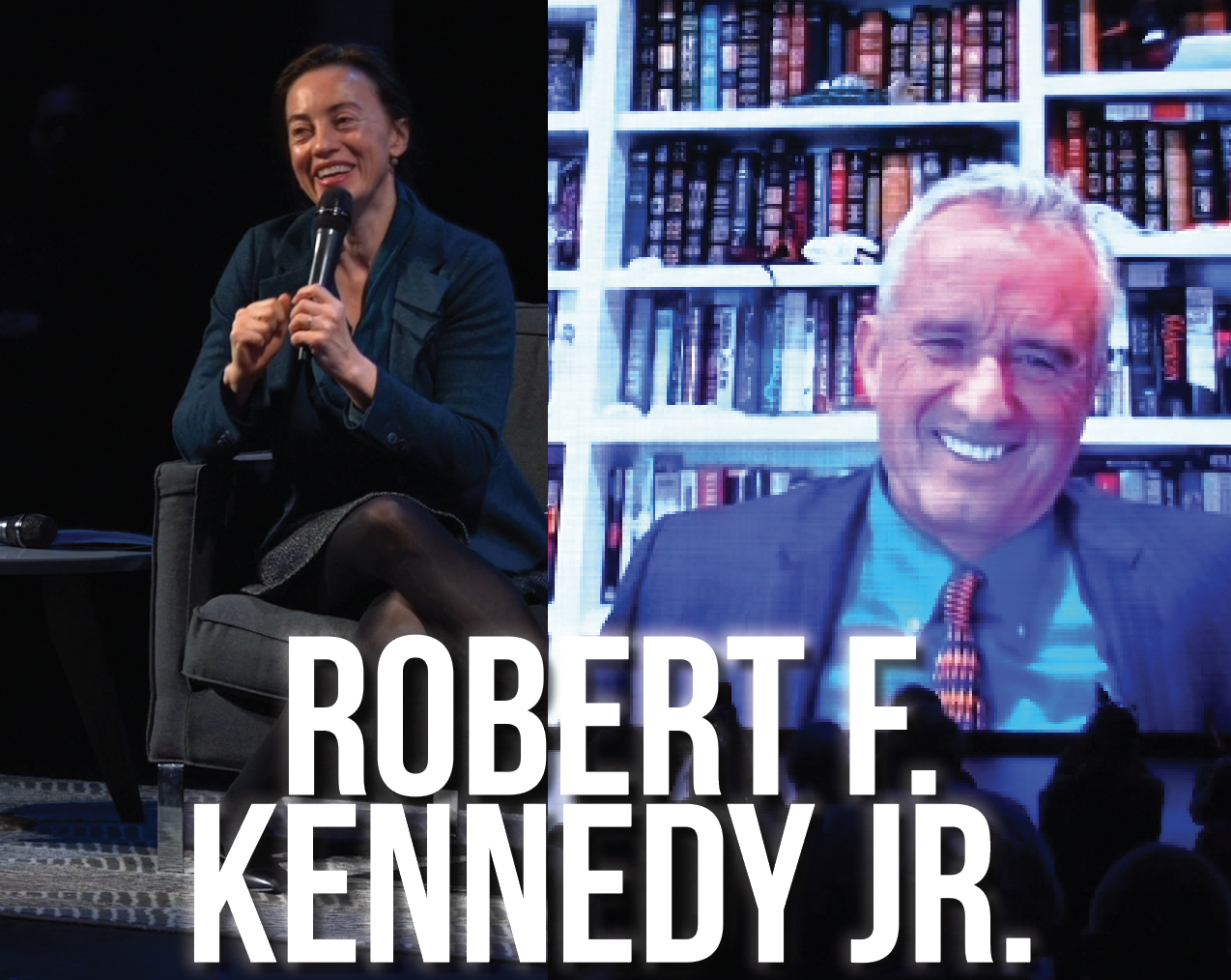 Robert F. Kennedy Jr. discusses the erosion of a democracy, the use of fear to achieve totalitarianism and the abuse of government power to diminish the Constitution

Robert F. Kennedy Jr. joined me live during our civil liberties town hall event on March 31, 2022. His family name is tied to a legacy of leaders who helped shape the world we live in today, which includes many freedoms we enjoy and have taken for granted. He is well known for his environmental activism, successful legal work and for speaking the truth, which has become his trademark.

During our conversation, we discuss the dismantling of our Constitutions over the past 20 months including the destruction of amendments that protect freedom of speech and religion. We touch on the extreme censorship of the mainstream media and social media, as well as the bullying and persecution of any doctor, scientist, politician or journalist who dared step out of line.

We examine the democratic processes that were suddenly dismissed including a due process, public hearings, jury trials and the presentation of scientific evidence. Key figures like Anthony Fauci, who had never been elected by the people and had no democratic accountability, were suddenly dictating to the population orders to follow that would create policy and influence countries around the world, even when his orders were inconsistent with no real evidence to back them.

RFK Jr. reflects on the wise words of Franklin Roosevelt, “that the only thing we have to fear is fear itself.” He discusses how fear is used by totalitarianism to impose autocratic systems on democratic populations causing people to retreat in the name of safety, which also inhibits their capacity for critical thinking. A number of countries were swayed in this direction following the great depression of the 1930s. Roosevelt resisted following those countries and pushed for a democracy and a form of capitalism that would serve the people.

We discuss elements outlined in RFK Jr.’s recent book, The Real Anthony Fauci, Bill Gates, Big Pharma, and the Global War on Democracy and Public Health, that detail an annual event orchestrated by the CIA that many elitists, Big Pharma, Big Tech, and members of the World Economic Form attend each year that simulates a coronavirus pandemic. The objective of the event is to use totalitarian controls to clamp down on democratic populations. We also touch on bioweapon research conducted by the US and what requirements must be followed in order to conduct that research.

We look at mass population control and studies carried out by the CIA to learn more about how to manipulate populations using propaganda and the psychological tools of hypnosis, fear, isolation and separation. Two particular studies are highlighted including an isolation experiment more commonly known as Stockholm syndrome and the Milgram experiment.

We touch on AI, Big Tech, surveillance tracking and facial recognition systems, and a digitalized currency, all part of what RFK Jr. believes is building a “turnkey totalitarianism” that can be turned on at a moment’s notice.

Finally, we wrap up with three wise rules to remember: every power that a government takes, it will never voluntarily relinquish; every power they take, they will abuse to the maximum extent possible; and nobody has ever complied their way out of totalitarianism.