Democracy Doesn't Work Unless Citizens Think for Themselves 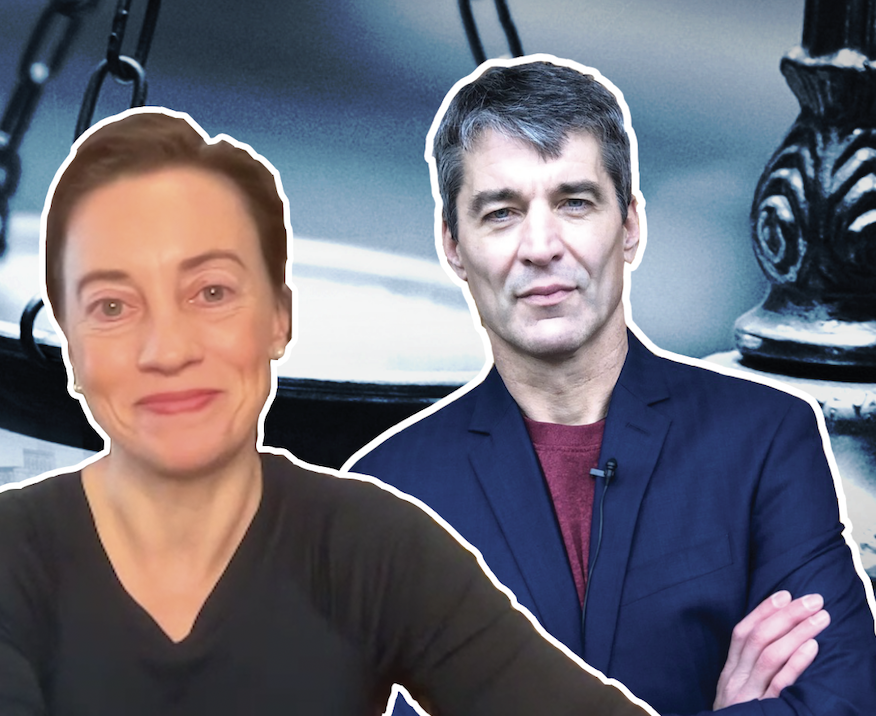 Dr. Julie Ponesse is joined by law professor and Rights Probe Executive Director Bruce Pardy to discuss the state of freedom in Canada.

I spoke with law professor and Rights Probe Executive Director Bruce Pardy, who discusses the history of our legal system and our Charter, how it has evolved over time, and the relationship between the courts and our government.

The harsh reality that many people still have yet to face today, which Bruce points out, is that our legal system is not as steadfast as many of us would believe it to be. It is intricate and complicated with various caveats and involves careful interpretation, which may or may not be in one’s favour. Bruce uses the concept of inequality to describe some of these complications in law, which also pertains to our current situation in dealing with challenges related to COVID-19.

We discuss our governing system, the British model that it is based on and our government’s ability to make and pass laws that do not have to be justified by evidence or reason. We examine the three levels of government: the legislature, the executive branch and the courts, and how these three levels operate in relation to each other. We also look at the difference between the Constitution and statutes, and what represents a breach of our Constitution. We discuss the role of the chief medical officer of health within the Reopening Ontario Act and how this role has been given law-making authority in a lawful system.

Bruce examines the Emergencies Act including the four different kinds of emergencies it encompasses, as well as Section 1 of the Charter that the government used to justify its invocation during the Freedom Convoy and the subsequent infringement on citizens’ rights.

As we all know, there was no violence in Ottawa, but rather a huge celebration of people uniting together. Bruce describes his take on the use of the Emergencies Act and the fact that the threat was not one of violence but one of a real political opposition to the governing party.

Bruce touches on language in the prevailing ideology and how the definitions of certain words are being turned on their heads. He discusses how the governing body sees words, rhetoric and the expression of a contrary ideological point of view as equating to actual violence.

We talk about critical theory, democracy and the current basic progressive ideology, which appears to be dominating. In Canada, we’ve lacked a clear opposing voice, something that is obvious in the US. However, with the trucker convoy, there emerged a mass of people who reflected a political opposition that does not agree with the current system of governing.

We discuss the state of our courts and the tendency for them to follow the government narrative on COVID-19 and we review some examples of court cases. Finally, we reflect on how to develop an approach that is more thoughtful, strategic and deliberate including challenging regulator overreach and informed consent related to vaccine injury and medical negligence.